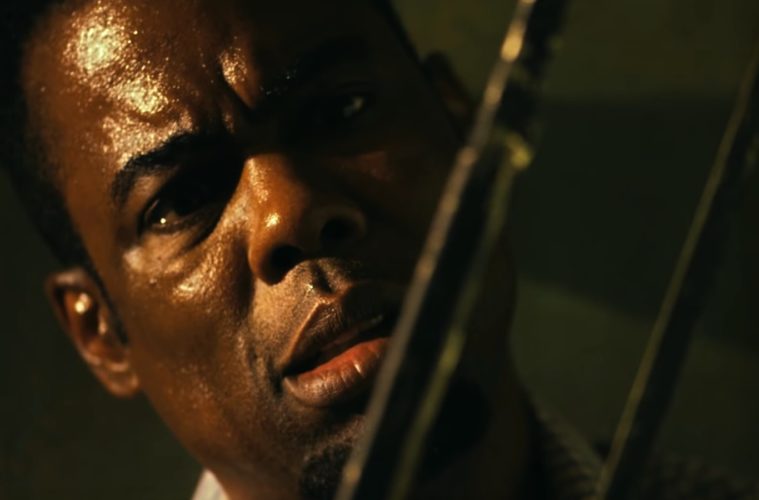 When your existing I.P. has been run into the ground with endless sequels, it still must soldier on, according to Hollywood. When it comes to the Saw franchise, Lionsgate is at least providing what looks to be a fairly fresh spin on things with Spiral. The ninth film in the horror series is officially titled Spiral: From the Book of Saw, and was birthed by an idea from Chris Rock.

The first trailer has now arrived, also starring Rock as a detective who investigates a series of gruesome murders, and from this preview, looks to be the next target. Also starring Samuel L. Jackson, Max Minghella, and Marisol Nichols, director Darren Lynn Bousman (who helmed Saw II, Saw III, and Saw IV) is back. Judging from the trailer, there’s a glimpse of comedy to be had alongside a Se7en-esque scenario.

“There are so many movies that I’ve watched and gone, ‘Three jokes would have made that movie a lot better.’ You know what I mean? A lot of times, you can get comedy in things, if it’s grounded, without it changing the movie, per se,” Rock told Collider. “Just like that story that Beverly Hills Cop was written for Sylvester Stallone. Eddie Murphy was hired at the last minute, and they made kind of the same movie, but it was grounded with just a little here, here and here. So, Saw is really scary and really bloody. It’s a Saw movie. But every now and then, you take a little air out. It’s gonna be good.”

A sadistic mastermind unleashes a twisted form of justice in SPIRAL, the terrifying new chapter from the book of SAW. Working in the shadow of an esteemed police veteran (Samuel L. Jackson), brash Detective Ezekiel “Zeke” Banks (Chris Rock) and his rookie partner (Max Minghella) take charge of a grisly investigation into murders that are eerily reminiscent of the city’s gruesome past. Unwittingly entrapped in a deepening mystery, Zeke finds himself at the center of the killer’s morbid game.

Spiral: From the Book of Saw opens on May 15.