South of Heaven Review: Jason Sudeikis is a Felon on a Desperate Path in Uneven Crime Drama 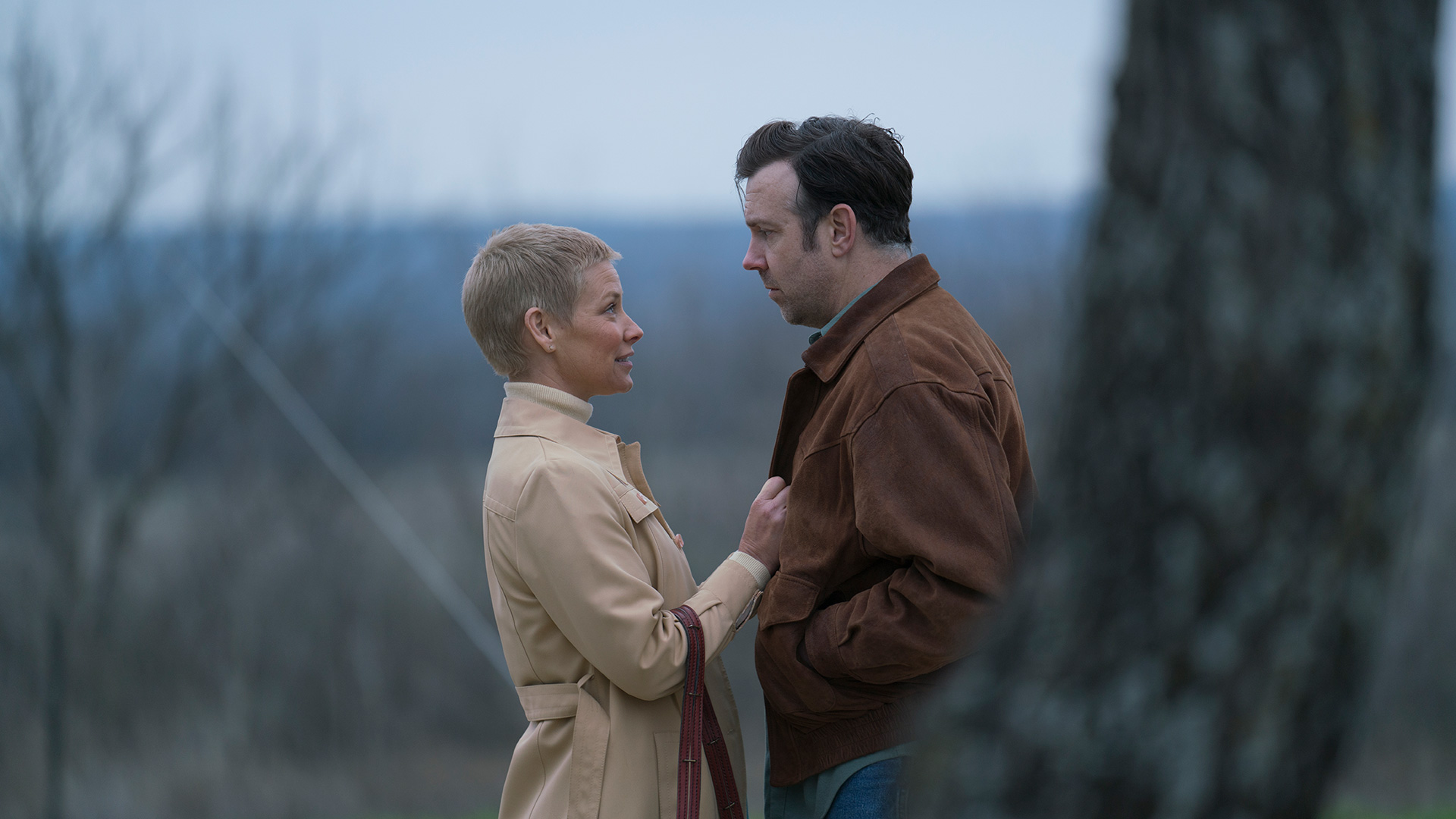 Jimmy Ray (Jason Sudeikis) is 12 years into a 15-year prison stint for armed robbery. He pled guilty, so there’s no “you got the wrong guy” play up his sleeve before the parole board. He’s remorseful about what happened and has a whole speech ready to deliver in hopes they see it too. Before he gets the chance, however, Jimmy is told the tragic news that the woman he loves (Evangeline Lilly’s Annie)—the woman who has been waiting for his release so they can finally get married—has less than a year to live from lung cancer. His plea to the board therefore shifts from him getting back to his life to letting Annie spend her last few months with some joy.

It’s a sweet sentiment that director Aharon Keshales and writing collaborators Navot Papushado & Kai Mark do a good job fleshing out for the runtime’s first quarter. We see the love shared by these two as they awkwardly try getting back to where they left off more than a decade ago. It’s not easy, but they’re determined to get through for each other. And I think South of Heaven could have sustained itself on that romantic drama conceit alone. The fire Sudeikis brings to Jimmy as he struggles to stay on the straight and narrow (telling his best friend, Jeremy Bobb’s Frank, that he can’t hang out with “ex-convicts”) is well-drawn, and his and Lilly’s rapport is authentically one of excitement and caution.

Even so, Keshales and company take a hard left about thirty minutes in to instead render the relationship a narrative convenience for genre exploits. It starts with Jimmy’s obviously corrupt parole officer Schmidt (Shea Whigham) and continues with career criminal Whit Price (Mike Colter). And none of it has to do with Jimmy or his past. It’s all the product of fateful coincidence that the script jumps through hoops to ultimately saddle onto the unwitting shoulders of Annie’s father. He was apparently the first domino to fall because of her and Jimmy’s love. From there came prison. Then Schmidt. Then Price. And finally a race against time, luck, and bullets, with so many detours you’d be forgiven for forgetting the reason we’re here is a wedding.

It might actually be beneficial to forget so you can devote more energy to the wild leaps this plot takes with little need of reason. Scenes meant to instill fear (Amaury Nolasco shows up for about five minutes as a kingpin) only prove steppingstones to bigger fish again and again. While this truth is used quite nicely in some instances (I was genuinely surprised by a turn of fortune about halfway through), it ultimately adds up to little more than distraction. Accordingly, most of the runtime is less about how Jimmy and Annie are going to reconnect and build something, despite an immoveable expiration date and more about kidnappings, shootouts, and torture. The latter is entertaining at the cost of truly caring about these lovers’ fate.

And that’s the one thing Keshales doesn’t want to happen, considering the ending he provides. It’s the kind of fade-to-black that seeks to conjure bittersweet melancholy in a poetically heartbreaking way; all I felt was the permission to get up and go about my day. Because everything that happens during the last hour is about theatrics rather than plausibility. We’re told Jimmy isn’t a criminal (the only crime he ever committed was the one that got him locked up) right before he’s shown pulling maneuvers like he exists on Price’s level. If you can chalk a lot up to desperation, it’s still way too clean. Especially a climactic set-piece of precision shooting that would’ve worked better had the ending rewound itself a bit further.

None of the deaths have consequences beyond us never having to think about that character again. None of their actions change them when each merely sets up the next so we can get closer to the endgame. Despite so much going on, none of it rises above the consistent drone of a single frequency pulling us forward without any real stakes. How could any exist when it seems there’s an eye in the sky opening doors at the exact right moment for Jimmy to walk through? The movie needs him out of jail: give his fiancé cancer. The movie needs him on edge: make Schmidt coerce him into diving off the deep end. The movie needs Price to add muscle: cue a MacGuffin motorcycle.

For what? To make Jimmy interesting? I’d argue nothing onscreen is more interesting than him reckoning with what he lost and needing to make things right. That’s where the emotion lies, not forcing him into a corner to lash out and be the same selfish guy that went to jail originally. That’s ultimately what Keshales supplies, though. Nothing that Jimmy does after leaving prison is actually for Annie. Nothing anyone does is actually for anyone other than themselves. And perhaps that’s the point: selfish men do selfish things while the people they love pay the price. That’s a lesson. And it might have worked if not for the sunny, hopeful air of its surrounding package. South of Heaven isn’t dark enough to buy that as its intent.