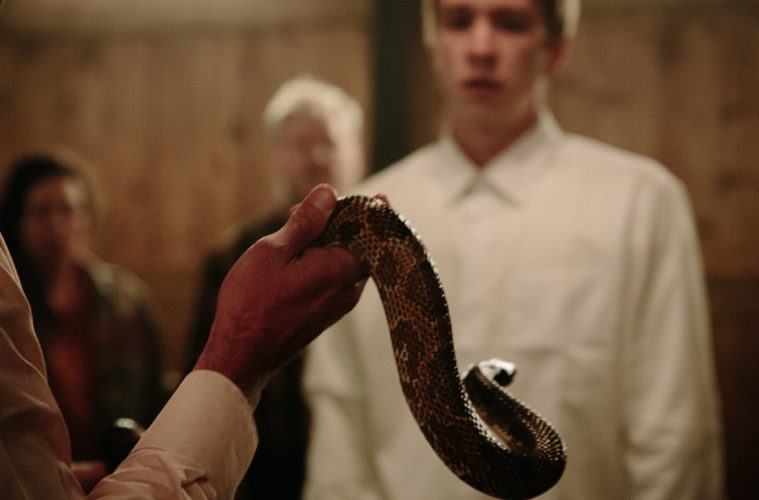 An outsider’s look into strange communities seem to be a running theme when it comes to Sundance premieres and the most promising one this year is Them That Follow. Starring Olivia Colman, Kaitlyn Dever, Alice Englert, Jim Gaffigan, Walton Goggins, and Thomas Mann, the film follows a community of Pentecostal snake handlers in rural Appalachia.

Ahead of the premiere, we are excited to give you an exclusive first listen to the score from composer Garth Stevenson (Chappaquiddick). Listen to the track “Leaving the Mountain” below, which features real rattlesnake rattles to tie into the film’s snake handler community.

Them That Follow takes place in the rugged wilderness of Appalachia, where the members of an isolated community of Pentecostal snake handlers led by Pastor Lemuel (Walton Goggins) risk their lives to attest themselves before God. Lemuel’s daughter Mara (Alice Englert) prepares for her upcoming wedding to the young believer her father has singled out for her under the watchful eye of Hope (Olivia Colman), while scrambling to hide a secret that has the potential to drive her father’s church to ruin.