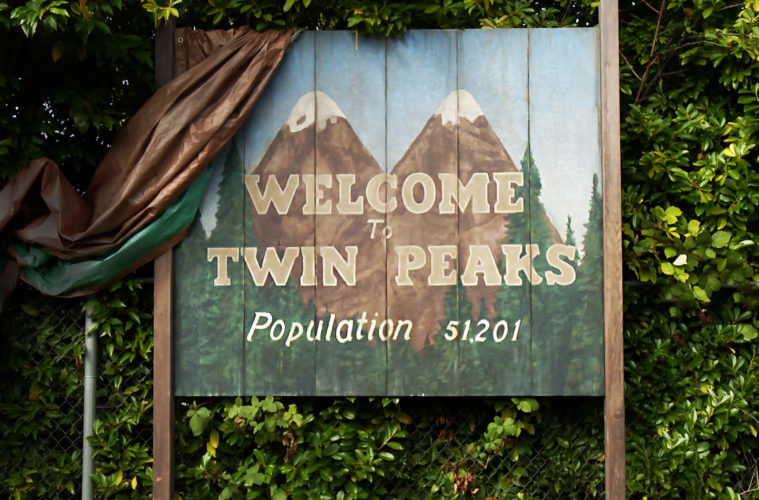 It was no secret that David Lynch‘s new season of Twin Peaks (Twin P3aks is the name I’m trying to get off the ground) will be big — around 18 hours in length, if early reports are to be believed, perhaps split into two new seasons — and, this being a David Lynch production, contain a few off-kilter casting choices to fill out its many new roles. The names thrown around have been hugely promising, eyebrow-raising, or some combination: Jennifer Jason Leigh, Laura Dern, Naomi Watts, Jim Belushi, Robert Forster, Ashley Judd, Amanda Seyfried, Tom Sizemore — whether they’re previous collaborators or newcomers to the Lynch fold, all making more uncertain the matter of what, exactly, he and Mark Frost have planned.

Consider Showtime’s latest press release a total explosion of that. Pulling back a red curtain on what’s thus far been an intensely secretive project, the network has unveiled Twin Peaks‘ cast, 217 members in total, a collection that includes Monica Bellucci (!), Trent Reznor, Sky Ferreira (!!), Tim Roth, and Michael Cera (?!). But those are just the ones everybody is mentioning. This list offers a surprise every time it’s gazed upon: Eddie Vedder, Skyfall‘s Bérénice Marlohe, David Koechner, Ernie Hudson, Brett Gelman, Sharon Van Etten, Charlyne Yi, Mulholland Dr.‘s Rebekah del Rio. And so on, and so on, and so on.

Then there are the returning players, a collection that, to no one’s surprise, includes just about every major player, with notable exceptions such as Heather Graham, Joan Chen, and Michael Ontkean; yet even the recently deceased Catherine E. Coulson, a.k.a. The Log Lady, seems to have participated before passing away in September. Who’s ready to see David Duchovny cross-dress next year? Good Lord, this is an exciting prospect.

With production now wrapped, Twin Peaks is expected to begin airing on Showtime in early 2017. See the full cast list below: