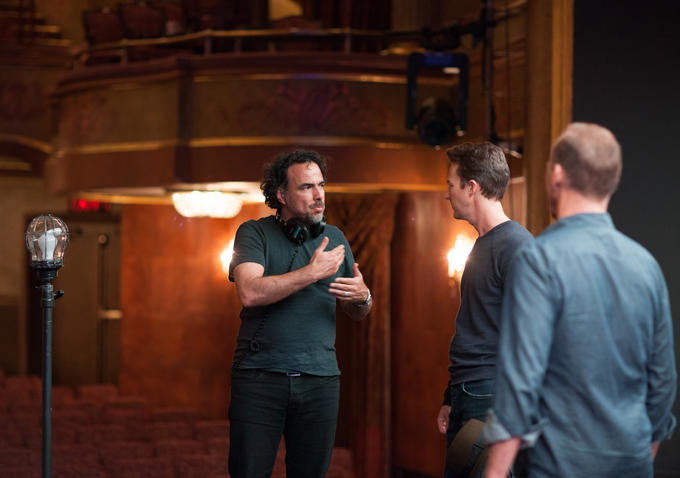 Isabella Rossellini has been named the Un Certain Regard jury president at this year’s Cannes Film Festival. In related news, Emmanuelle Bercot‘s La Tête haute will open the festival.

Brad Bird, who has begun writing The Incredibles 2, speaks with Little White Lies about the state of superhero movies:

I would say that the superhero movie turf right now is very trodden over — it’s kind of like a field that’s had too many games on it, and it’s just dried up dirt at this point.”

Flavorwire‘s Jason Bailey on why the old-school movie house is worth fighting for:

In what has become almost an annual ritual for New York City movie lovers — something like our Groundhog Day, but more depressing — rumors are circulating about the possible closure of the Ziegfeld Theatre, one of the last remaining single-screen movie theaters in the city, and certainly the largest and most opulent. A gorgeous old-school movie palace that seats about 1200 moviegoers, the Ziegfeld has long been a favorite destination for premieres and special events. But that revenue only goes so far, and anyone who’s gone to see a regular ol’ first-run movie showing there will tell you that it’s depressingly under-attended, even during primetime and on weekends. So how do increasingly anachronistic single screens like the Ziegfeld stay in business? And, what’s more, should they?

Two films from Agnes Varda, Jane B. by Agnès V. and Kung-Fu Master, will get a re-release this year, TOH reports.

Watch a video essay on the psychology and symbolism in Bronson:

When the trailer for the new Mission: Impossible film landed last month, it seemed all anybody could talk about was the stunt of Tom Cruise hanging off an airplane. And with good reason — ever since the first Mission: Impossible movie, Tom Cruise films have featured more and more daring stunts, often performed by the actor himself. Impressive stuff, to be sure. But what do real stuntmen think of Tom Cruise’s stunts? To get a professional’s opinion, we turned to Randy Butcher, a veteran Canadian stuntman, stunt coordinator, and director who is currently the stunt coordinator for Orphan Black and has worked on a variety of films, including X-Men, Dawn of the Dead, K-19: The Widowmaker, and countless others. He took a look at some of Cruise’s best-known and most impressive stunts, and offered his take on how they might have been done — and whether that really is Tom Cruise doing those stunts.

Watch a video comparison of 2001: A Space Odyssey and Interstellar:

The Dissolve‘s Noel Murray on the 5 types of father figures in Paul Thomas Anderson’s films:

By all accounts, Paul Thomas Anderson’s father was a likable guy who had a close relationship with his son. A former Cleveland TV personality who went on to become the voice of the ABC network’s promos, Ernie Anderson raised Paul in Los Angeles, where they were surrounded by colorful showbiz types who—like Ernie—encouraged the creative, precocious future filmmaker to pursue his passion. Even though Anderson has made a lot of movies about young men who desperately need father figures, that particular dynamic doesn’t seem to be autobiographical.