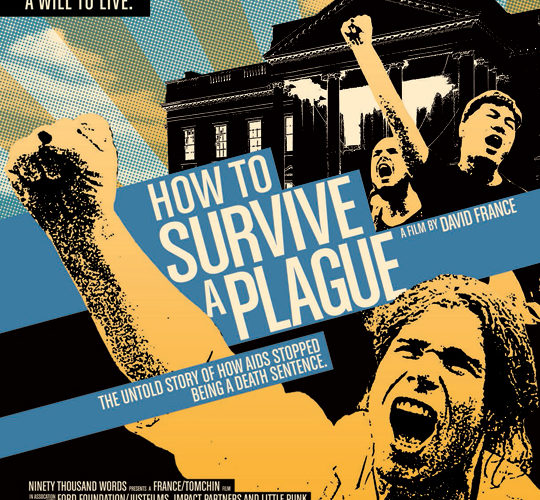 Second Trailer and Poster For ‘How To Survive a Plague’ Documentary

It’s hard to imagine an era when HIV/AIDS patients were denied any hope of treatment or the possibility of a cure, but three decades ago, that was the case. By the time President Ronald Reagan publicly acknowledged it as a valid health concern in 1985, several thousand U.S. citizens had already died from the disease. Even then, public officials were reluctant to take it seriously due to its prominence among gay men and minorities.

The Sundance Selects-acquired How To Survive a Plague recounts a time not so long ago when the government turned its back on an epidemic, prompting two activist groups – ACT UP and TAG –  to rise up and make AIDS awareness a top priority. We spotlighted the documentary’s first teaser back in June, but a newly released promo expands on the powerful archival footage and interviews featured in director David France‘s still very relevant film. See the new trailer and poster via Apple below. HOW TO SURVIVE A PLAGUE is the story of the brave young men and women who successfully reversed the tide of an epidemic, demanded the attention of a fearful nation and stopped AIDS from becoming a death sentence. This improbable group of activists bucked oppression and, with no scientific training, infiltrated government agencies and the pharmaceutical industry, helping to identify promising new medication and treatments and move them through trials and into drugstores in record time. In the process, they saved their own lives and ended the darkest days of a veritable plague, while virtually emptying AIDS wards in American hospitals in the process. The powerful story of their fight is a classic tale of empowerment and activism that has since inspired movements for change in everything from breast cancer research to Occupy Wall Street. Their story stands as a powerful inspiration to future generations, a road map, and a call to arms. This is how you change the world.

How To Survive a Plague hits theaters this year on September 21st.