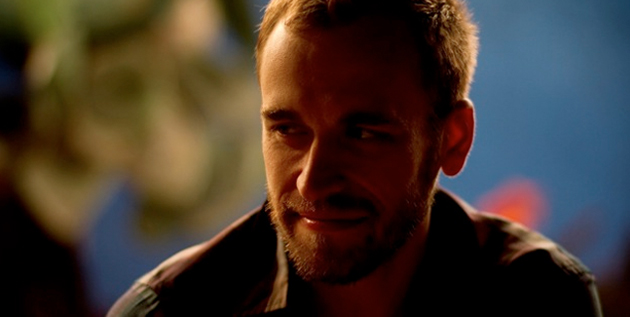 Crowdfunded Cinema is a column at The Film Stage that focuses on filmmakers seeking funding for projects via crowdfunding platforms, offering new ways for independent artists and audiences to connect. With each article, we will focus on a single project that we find particularly interesting and inspiring.

After debuting the short film Sophie at SXSW, filmmaker Sean Rourke Meehan is settling out to create a new film, A Pale Shadow. Aiming for a removed, western feel, the story is a retrospective one, using a character to explore the dark cycles and destructive habits of human nature.

The main character, Jesse (to be played by Kentucker Audley), is working on a project, aspiring to be a carpenter in his hopes of breaking out of his own consuming darkness. However, Jesse’s brother Ed (to be played by Robert Longstreet) is a continuously bad influence, due to chronic alcoholism, causing destruction to all around him, as he wants them to share in the misery he endures.

We spoke with director Sean Rourke Meehan this week to discuss the project, and were left very excited to see how it comes together. In addition to reading his interview, we’d also like to encourage reader’s to visit the film’s Kickstarter page for more information about this new project. And, as great projects come from great support, please consider donating and becoming involved.

TFS: In your own words, what is this film about?

Meehan: The film is a sad, quiet study of a young man named Jesse. He lives isolated in a poverty stricken, backwoods town. His father has passed away and left a small amount of money to him and his much older brother, Ed.

Jesse attempts to break free of his bleak and uninspired life by becoming a carpenter. Ed is a raging alcoholic on the edge of sanity and beyond redemption. He is a constant threat. Tensions escalate between the two as Jesse struggles to reach his full potential in the oppressive world that surrounds him. How did this project come about, both in terms of the work you’ve done before, and how it lead you to wanting to tell this story?

The biggest inspiration for A Pale Shadow is Cormac McCarthy’s novel Blood Meridian. The unrelenting, brutal tone of that book had a profound effect on me. While the plots are different, the violence, desperation and depravity found in both are no coincidence.

Tell me a bit about who else is involved, and how far along in the process are you (prep, filming, etc.)

Kentucker Audley, who starred most recently in Bad Fever, will play Jesse. Robert Longstreet, the Sundance star of Septien, The Catechism Cataclysm, and Take Shelter among others, will take a vicious turn as Ed.

For my inner circle: My childhood best friend Gary Lauten is the co-writer and producer. My friend and roommate Josh Polon is a producer, who produced Jay Duplass’ documentary debut Kevin. And our other producer is Alex Schepsman, who executive produced Fox Searchlight’s Martha Marcy May Marlene. I’ve never had so many people working for me in my life. I’m proud that almost all of them are alumni of both Sundance and/or South By Southwest.

Right now, we have made numerous trips to the location and have the shotlist and storyboard completed. My production designer and girlfriend, Cassie Miggins, who PD’d The Catechism Cataclysm, is in the process of designing the very desolate, abandoned cabin interiors where we’re shooting two hours outside of Los Angeles.

What are the funds needed for (equipment, attracting investors, building an audience, festival app fees?), and how much are you needing to raise (both minimum goal, as well as ideal amount beyond that).

The money we hope to raise on Kickstarter is, literally, our entire production budget. Funds will go to all aspects of production, including camera, lights and grip equipment. Our location is out in the middle of nowhere, so we need money to shuttle the cast/crew and put them up in a nearby motel. We also have to keep everyone fed for five days, which is always important and expensive. Since it’s somewhat of a period film, we have a good amount of money going towards production design well.

The minimum we need is $10K and that’s what we’re asking for. We need to raise at least $10,000 dollars. Right now we have raised about 8,500 on our Kickstarter with only three days left to go. We are so close!

Once you finish fund-raising, what will be your next steps?

The wheels are already in motion. We are inquiring with local carpenters about how Jesse would go about cutting down a tree to build a modest table and how all that was done before modern tools. Production design is going full speed ahead, shopping for artifacts and cleaning/painting the locations. I am meeting with my producers and figuring out logistics almost everyday. The list goes on forever. Once the Kickstarter campaign is over, I can then shift my focus solely to making a good movie. Which is all I ever wanted.

There are just a few days left in the film’s Kickstarter campaign, so be sure to visit the project’s fundraising page, and pass the word along.