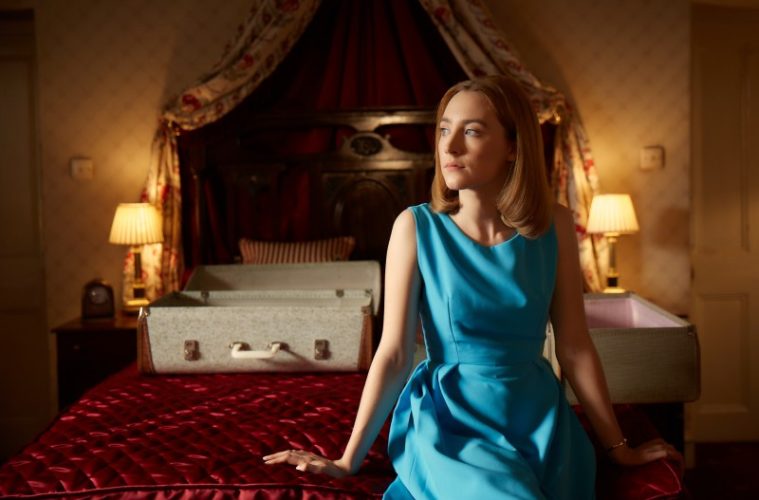 It’s been over a decade since Saoirse Ronan first landed on our radar with Atonement, and since then she’s continually impressed. Following Hanna, Brooklyn, The Grand Budapest Hotel, and, most recently, Lady Bird, the Irish-American actress’ latest role finds her in romantic hardship on her wedding night. On Chesil Beach, directed by Dominic Cooke and written by Ian McEwan based on his own novel, arrives this May and now Bleecker Street have debuted the first trailer.

“A lot of the film’s success lies in the writing and the meticulous process wielded to ensure we learn only what we need at the moment,” Jared Mobarak said his review. “You could call it manipulative as a result—McEwan’s forthrightness or lack thereof at first preventing us from thinking anything other than what we think—but I wouldn’t have it any other way considering the punch the finished piece packs.”

Adapted by Ian McEwan from his bestselling novel, the drama centers on a young couple of drastically different backgrounds in the summer of 1962. Following the pair through their idyllic courtship, the film explores sex and the societal pressure that can accompany physical intimacy, leading to an awkward and fateful wedding night. The film stars Saoirse Ronan, Billy Howle, Anne-Marie Duff, Adrian Scarborough, Emily Watson, and Samuel West.

On Chesil Beach opens on May 18.