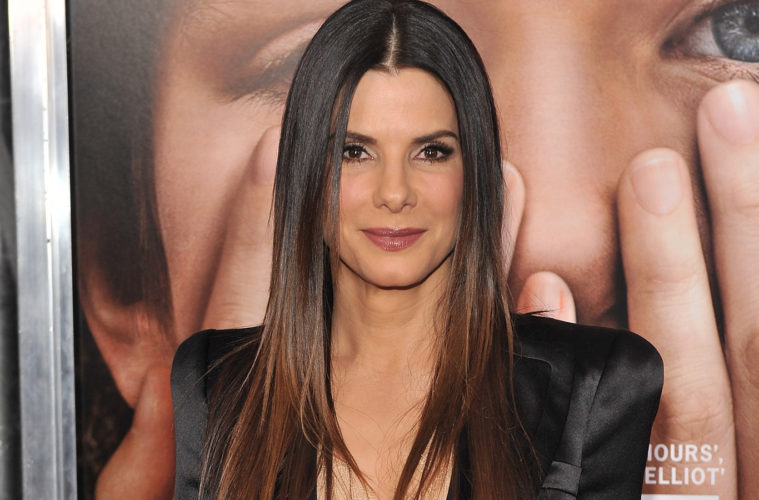 Update: The Wrap reports that Bullock will not sign. See the original story below.

Without an antagonist, Annie is the story of a precocious child rebelling against nothing but a decent system, and Lord knows a major studio is not going to put out that kind of film in this day and age. Needing an authority to fight against, the Will Gluck-directed, Will Smith– and Jay-Z-produced update has reached out to Sandra Bullock, who, according to TheWrap, has entered talks for a project she had actually first passed on; reasons for coming back have not been divulged. Something about stepping into the shoes of Carol Burnett?

Quvenzhané Wallis stars as the titular, singing child, Jamie Foxx has been tapped to take the Daddy Warbucks role (now called Benjamin Sparks), and Jay-Z will lay down a few fresh beats. That Emma Thompson wrote an initial draft — further work was done by Aline Brosh McKenna — would only further emphasize the feeling of an Onion headline come true; it’ll need more to be any good, though. Moving to a project this writer was not even fully aware of, Deadline have been told that Krysten Ritter (Breaking Bad, Vamps) will get her most notable screen role yet in Tim Burton‘s Big Eyes. Being none too keen on the director, its early-April announcement was quickly forgotten by yours truly, which may have been a mistake: it not only features the acting talents of Christoph Waltz and Amy Adams, but sounds as if it centers on recognizable humans. The inclusion of Ed Wood scribes Scott Alexander and Larry Karaszewski doesn’t hurt in the slightest, either.

Based on a true story, Big Eyes follows Walter Keane and his wife, Margaret, who attained national attention for a series of paintings in the ’50s and ’60s, but who were later the subject of bad attention when the husband went on a national stage and claimed his involvement in art that beared none of his work. With this in mind, Ritter‘s role sounds prominent: DeAnn, a “free-spirited confidante to Margaret who tries to coax her friend to come out of her shy shell.”

Burton will being rolling cameras sometime during the summer.

Next, Deadline have also heard word of movement on the next film from Infernal Affairs director Andrew Lau. That project, Revenge of the Green Dragons, has found a lead in Ray Liotta, who will make a small reunion with Martin Scorsese, as his Goodfellas director is taking executive producing duties. Set in ’80s New York, the project revolves around two brothers (Harry Shum and Justin Chon) who are fresh off the boat from Hong Kong, ready to find people more suitable to their own interests. It’s with this that they become part of “the Green Dragons gang,” among which they gain a big reputation between their comrades and enemies. Like any good gangster story, however, things must go wrong, and a woman has to be crucial to collapse; in this case, “an ill-fated love affair pits one of the brothers against the gang leader,” leading down a path of violent vengeance.

On the proper side of the law, Liotta is to be seen as “the lead New York detective responsible for investigating the brutal gang and bringing them to justice.” Lau is currently shooting in New York City.

Finally, AICN tell us about something completely different: a buddy cop movie by the name of Hard Drive, starring John Cusack and Thomas Jane. Starting production today under the eye of Brian Trenchard-Smith (Nicole Kidman‘s illustrious debut BMX Bandits), it concerns a “shady thief (Cusack) looking for a getaway driver in Australia. When he comes upon Thomas Jane‘s washed-up Formula One veteran, he enlists him on a heist that, of course, goes to shit, forcing the two to team up and elude the cops utilizing Jane’s abilities behind the wheel.” Here’s hoping for some good trash.

How do these casting deals strike you?Which of these titles are most worthy of attention?