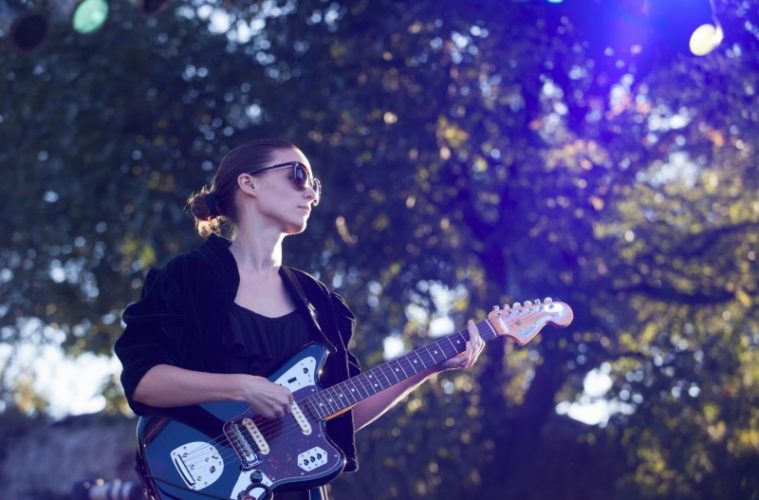 If for a moment one can hit pause on your umpteenth viewing of the trailer for Song to Song, a new look at Terrence Malick‘s Austin-set romance/music drama has arrived. Led by Ryan Gosling, Michael Fassbender, Rooney Mara, and Natalie Portman, they are all featured in new images from the film. Ahead of the SXSW premiere in just a few weeks, we’ve also confirmed the precise runtime and musical acts in the film.

The film will run 2 hours and 9 minutes, which is just a bit longer than Knight of Cups, which clocked in at 1 hour and 58 minutes. Additionally, some of them are in the trailer, but it’s been confirmed that Iggy Pop, Johnny Rotten, Patti Smith, Lykke Li, The Red Hot Chili Peppers, Big Freedia, Diplo, Alan Palomo of Neon Indian, Spank Rock, Dana Falconberry, Black Joe Lewis and the Honey Bears, and The Black Lips will all be featured in the film.

“If you’re comparing Knight of Cups to our upcoming film, you’re correct in saying that it is going to be different and it’s going to be — it’s probably not the right word to say — evolved, but it will be a different film,” producer Ken Kao told us last year. “Knight of Cups is more of a stream-of-consciousness type of film, where I think that our upcoming film is very much ingrained in the zeitgeist. It’s going to be very edgy. [It’s] not a musical, but a film grounded in the Austin music scene.”

Check out the new images above and below (via IMDb) and return for our review next month.