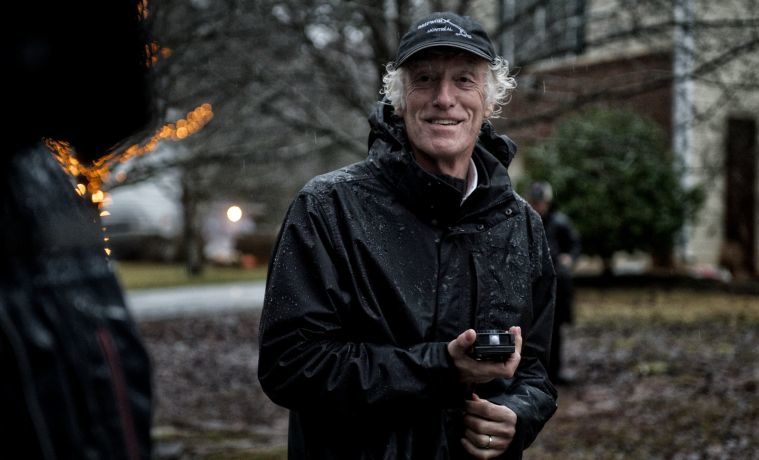 There’s very few cinematographers that will greatly multiply our interest in a project based on their involvement alone, but Roger Deakins is certainly one. Currently Oscar-less — a fact that says more about the Academy than his work — he always delivers top-notch, stunning results and today we have an update on what he’ll be shooting this year.

While he’s not doing the next James Bond film after taking on Skyfall, he’s confirmed to be reteaming with a fairly new talent and likely continuing one of his longest collaborations, all this year no less. Over at his resourceful forums, the director of photography confirms he’ll be shooting Denis Villeneuve‘s Sicario after working with the director on Prisoners.

Led by Emily Blunt, the story features a loophole in which mercenaries are legally allowed to cross the border of Mexico in order to bring in a drug lord, with the actress playing a Tucson-based female cop who escorts two rangers to apprehend a drug kingpin. Benicio del Toro is also on board for the project, taking the role of  an assassin hired by the U.S. government to help bring down the Cartels, which are responsible for the death of his family.

After stepping away for the Coens‘ Inside Llewyn Davis (shot by Bruno Delbonnel) due to Bond commitments, it looks like he’s getting back into business with the talented brothers as well. He says he plans to be shooting their forthcoming Hail Caesar this year after a likely summer production for Sicario. That George Clooney-led project was confirmed last week, following a fixer in Hollywood circa 1950s who works for the studios to protect the stars of the day. So, we can look forward to at least two beautiful-looking films in 2015, and in the meantime, check out a recent video tribute to his work in case you missed it.

Are you looking forward to his next two films?