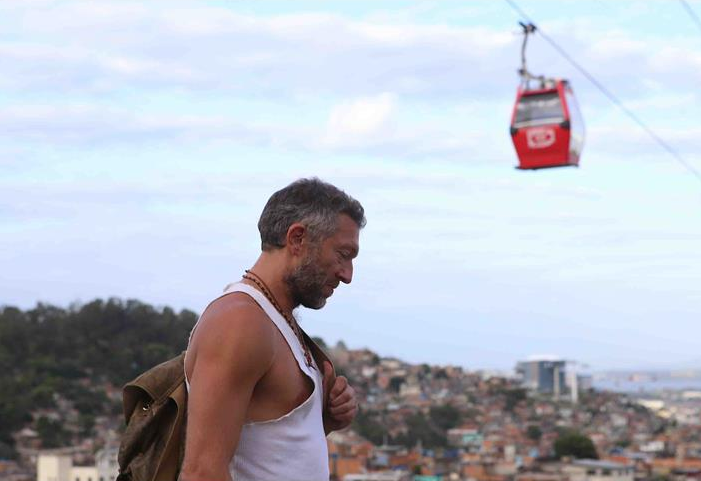 After finding success with the metropolis-centered projects Paris, je t’aime and New York, I Love, producer Emmanuel Benbihy is embarking on a franchise with the sheer breadth to go toe-to-toe with the likes of Marvel. With Shanghai, I Love You, Jerusalem, I Love You and Berlin, I Love You all in various stages of development, next on the list is Brazil’s Rio, eu te amo (or Rio, I Love You) and today brings new details, the first images and a poster.

First up, we have our debut look at  Vincent Cassel roaming Rio de Janeiro for City of God director Fernando Meirelles‘ segment. Joining the directing group are Carlos Saldanha (Ice Age, Rio), Im Sang-soo (The Housemaid), Stephan Elliott (Easy Virtue), Paolo Sorrentino (The Great Beauty), Guillermo Arriaga (Babel) and Andrucha Waddington (Party Crashers), who have all shot their segments. Rounding out the line-up are Nadine Labaki (Where Do We Go Now?) and José Padilha (RoboCop, Elite Squad), who will shoot their shorts soon.

Aside from Cassel, we can see that Rodrigo Santoro, Jason Isaacs and Ryan Kwanten are part of the project in the below stills. Emily Mortimer has also been confirmed for Sorrentino’s segment, while Wagner Moura is rumored, presumably reteaming with his Elite Squad director Padilha. Celebrated Brazilian artist Gilberto Gil will also provide an original song for the project. Set to be completed next spring for a likely debut on the festival circuit, check out the stills below and more on the official site and Facebook page. Which segment are you most looking forward to?