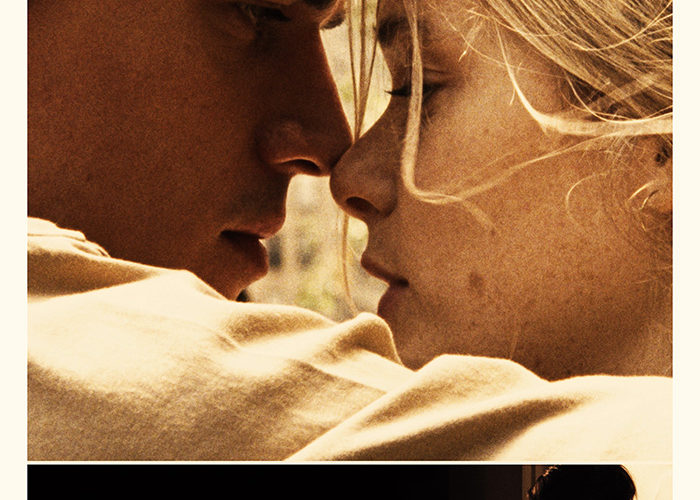 Review: ‘Write When You Get Work’ Presents a Rekindled Romance with a Problematic Façade

We don’t ever discover why or when high school sweethearts Ruth Duffy (Rachel Keller) and Jonny Collins (Finn Wittrock) broke up during the course of Stacy Cochran’s Write When You Get Work. All we know are certain circumstances and thus are left to assume the rest. Maybe they tried making things work after what happened and spent a few more years together or maybe they separated right away (read as Ruth left to take control of her life while Jonny stayed behind and apparently refused to ever grow up). This is why nine years post graduation finds the former working as the interim head of admissions at a prestigious private school and the latter running cons from a coat-check closet he otherwise works for tips as a favor.

This isn’t a bad thing by itself. Cochran is allowed to give her audience the benefit of the doubt as far as filling in the blanks to their past and their disparate paths forward. That decision is in fact one of the best aspects of her film. Where things get shaky is how she brings them back together. What begins with an almost ironic reunion at the memorial service for a father figure they both shared in their youth (who supposedly tried his best to keep them apart in the years since) becomes the springboard towards heavy stalking, destruction of property, and a gross invasion of privacy. Jonny does these things with an entitled glow of self-satisfaction and Ruth lets him because there’s obviously still love between them. That’s the problem. Without seeing how things ended or what they’ve done during the last decade to still be emotionally affected by the other despite their distance, this new highly toxic dynamic should objectively be frightening to behold. And yet it’s presented as a cutely natural form of courtship — a recognition of just what his feelings are for her and evidence that some still linger within her to allow it to happen. This isn’t him showing up at her office door to walk her home, though. It’s a systematic infiltration into her life with breaking and entering, identity fraud, and a potential criminal enterprise that risks her career. And he admits to it all being a game. His blasé attitude makes it seem as though he’s getting revenge.

But the truth reveals he isn’t. On the contrary, he does still love her (as evidenced by the abrupt disappearance of his girlfriend). So here lies my conundrum. The way he treats her as though he’s some alpha male that knows her best interests better than she does and that imploding her life will open her eyes to what we’re already aware they’re open to see (that kids with marginal backgrounds like her own deserve avenues to attend her school as much as those with rich parents) is inexcusable. Where things go as a result of them being back in each other’s orbit, however, proves a fascinating series of plot threads combining for some great effective twists and turns that adopt a charitable Robin Hood vibe — albeit unintentionally. I’m therefore mixed about the result. While I had a good time watching the bones to what Cochran manufactured, I couldn’t help but cringe at how so much of it unfolds. Jonny is irredeemable and yet crucial to the good that comes out of his bad intentions. This would be okay if (spoiler alert) they don’t ultimately end up together. The amount of disbelief Cochran asks us to suspend where Ruth’s love life is concerned is way too large a sum to accept and yet we must for the payoff. The fact Ruth inevitably ends up in control of the situation helps, but this isn’t a case of “she was planning X since the beginning.” She’s very much a victim for the first two-thirds of the runtime.

And we’re simply supposed to go along with it. We’re supposed to accept that Jonny can do whatever he wants. We’re supposed to accept that Ruth’s boss (Scott Cohen’s Guy) can blackmail her into doing something so innocuous that he could have just asked. We’re supposed to accept that Emily Mortimer’s Nan Noble (a parent of a student at Ruth’s school) is the shady “bad guy” when her abject terror is conjured by an actually shady husband (James Ransone’s Steven) who risked his family’s wellbeing to turn an extra buck. Add another subplot concerning old friend Sticker (Andrew Schulz) and his wife’s (Afton Williamson) mixed-race child that just barely touches upon racial, social, and economic disparity to possess buzzworthy concepts for credibility and you’ll discover a lot is going on. Some of it is deflection (as any good con job needs) and some set-up for the intriguing directions Cochran moves. The characters are entertaining (Schulz is great comic relief and Mortimer does more than any other actor as the unsuspecting mark) if not always presented as integral to the plot. Sometimes it feels like they’re here merely to give Jonny something to do besides stalk his ex-girlfriend — and I’m only half joking. The common thread is Ruth, though, so Cochran has no choice but to let Jonny hijack her life. Otherwise he has no reason to interact with the others. Is that enough to sanction his actions? No. Does it mean Ruth can’t push back harder or give the audience some clue to know she’s safe? No.

So we’re left with a problematic façade that can’t avoid tainting the thought-provoking crime mystery unfolding beneath it (and shot by Robert Elswit on Super 16mm). I love that everything is seemingly happening from the seat of Ruth and Jonny’s pants with each pushed to action by every new revelation. I loved the wryly-sarcastic rapport Keller and Wittrock have in the roles too. So why risk the misogyny? Besides a desire to lend an old school, hard-boiled noir aesthetic, I see none. The connective tissue holding these two together might be powerful, but leaving its context as background dressing isn’t enough to condone what occurs. And because things shift from character drama to heist mid-way through, Ruth and Jonny’s story conclusion becomes too quickly bow-tied to accept without question.

Write When You Get Work gets a limited release on Friday, November 23.