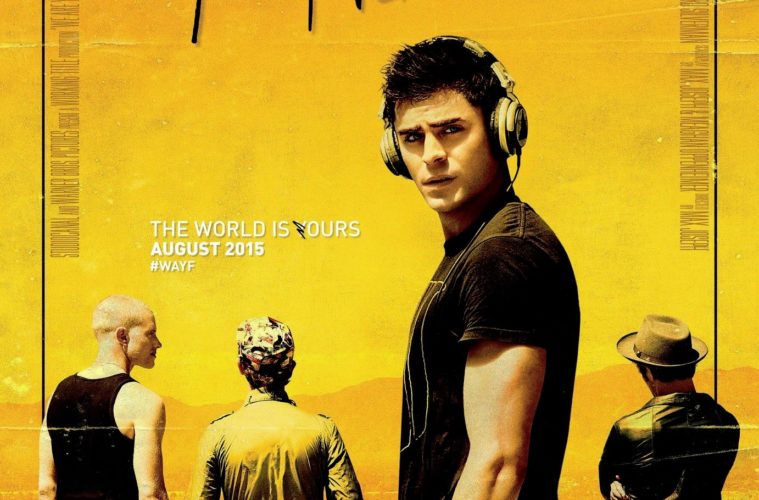 [Review] We Are Your Friends

Let it be so, 2015 is the year of EDM (Electronic Dance Music) in film. Earlier this summer, we were given Eden, a little-seen but much-loved chronicle of a French DJ, courtesy of Mia Hansen-Love.

Now, we have the “Hollywood” version, We Are Your Friends, as directed by first-timer Max Joseph and starring Zac Efron. There’s also Emily Ratajkowski, the only actress in the entire film with more than one throwaway line. More on that later.

Cole Carter (Efron) is an aspiring DJ living in the San Fernando Valley, constantly paling around with his three buds (Jonny Weston, Shiloh Fernandez and Alex Shaffer), all of whom represent a different youthful stereotype. In the first act, we’re told multiple times that these guys “live for Thursday,” the night each week where they promote Cole spinning at a club called Social. On one such night, Cole meets once-great DJ James Reed, played by Wes Bentley, the unquestionable all-star of this film.

And while it’s clear that all involved are determined to make this the type of a movie that speaks for a generation, around the moment Reed takes Cole under his alcoholic, washed-up wing and introduces him to his assistant/girlfriend Sophie (Ratajkowski), the narrative takes a very familiar shape. We are in the world of A Star Is Born and Saturday Night Fever, only with faster editing, louder music and weaker bits of dialogue and character development.

Make no mistake, the style on display is immersive at times. Joseph directs with an ADHD intensity that feels appropriate for this moment in time. Young people say things like “don’t ‘bro’ me if you don’t know me” and ask questions like “will we ever be better than this?” They attend parties thrown by rich millennial yuppies and can hardly stand the amount of uncool-ness. Our attractive leads take Molly at a music festival, then run around Las Vegas in a music video-esque blur. Cole breaks away to explain to the audience the rules for DJ-ing, including a breakdown of why 128 beats per minute is the ideal. It is surely great to be young and high and determined.

From start to finish, we are presented with the intense stupidity of youth. And, in the film’s best moments, Joseph (who wrote the screenplay with Meaghan Oppenheimer, with a story credit to Richard Silverman) appears to be aware of this stupidity. Blinded by dreams and ambition that has not yet fully formed, these are kids grasping at emotion and experience they do not fully understand. Unfortunately, the filmmakers never quite figure out the tone. The reckless abandon on display is celebrated most of the time, until a third act decision takes a sharp left turn into after-school melodrama. It doesn’t fit the rest of the narrative, and never recovers.

Ratajkowski, in her first starring role, is anchored with the familiar female archetype of “good woman cursed with a bad man.” Ultimately, she serves as little more than a foil in the film’s central relationship between Cole and James. Any other female here is relegated to the lingering male gaze, with club music blaring in the background.

Not unlike the generation it’s trying to represent, We Are Your Friends never really takes the time to consider what it would like to say.

We Are Your Friends opens on Friday, August 28th.