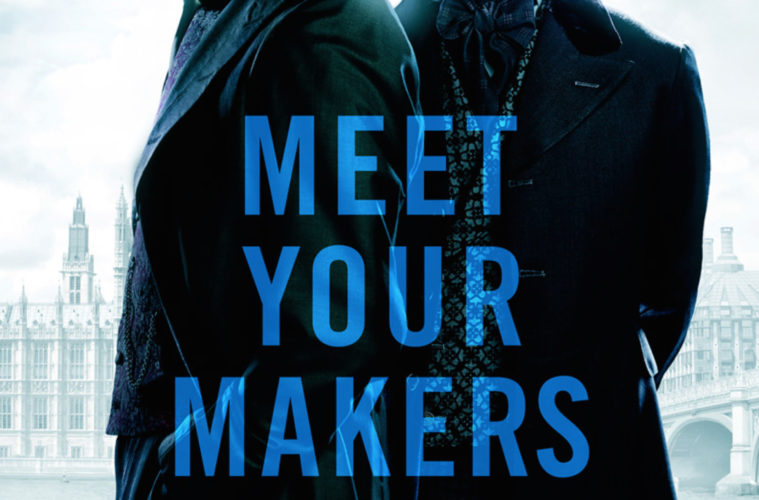 It’s taken a whole laboratory of mad scientists to conceive Victor Frankenstein, the latest exploitation of Mary Shelley’s classic novel, but the resulting schizophrenic lump of stitched-together cinematic remains hardly deserves the moniker ‘alive.’ Not the first adaptation of the original to monkey with the rather esoteric source material—in truth, almost every version has staged a grand departure—Paul McGuigan’s take isn’t a failure for ditching the original text, but for lacking the gumption to take any of its intended diversions and extrapolate them into something lively, fresh or fearsome. If there’s any real juiciness in this carcass, it’s in the performances of James McAvoy, whose Victor is a preening, pompous charmer of a deranged scientist, and Daniel Radcliffe, who imbues his carnival hunchback-cum-brilliant physician and social climber with an introverted sensitivity that is one of the few sincere touches on display.

The special effects, the sets and the actors are all of the usual cream of the crop, but there’s something dark behind the eyes on  this monster; no single sequence every properly invites us into this world, and the flashes of inspiration all belong to the generous fore-bearers who already tackled this material previously; referenced but not replicated are the likes of James Whale, Mel Brooks and even Roger Corman, whose campy Frankenstein Unbound had a generous goofiness that this film only feigns interest in. McGuigan has scoffed at the Shelley novel repeatedly on the press circuit, referring to it as “dull as dishwater,’ and his new film highlights the flaws in his thinking, particularly when it comes to the difference between event and excitement.

Drawing from an erratic script by Max Landis, McGuigan has a buffet of steam-punk paraphernalia, super-hero daddy issues, and over-explanation when it comes to the motivations of these classic characters, but he only ever shows us the surface textures of the ideas he wants to explore. Surely it’s easy to cast glances at an old penny-dreadful like Frankenstein, but what’s often missed when engaging the text—and missing from several adaptations—is the inherent dread in human capacity and ability that plays throughout. The best versions, including the 1931 Karloff classic and Brooks’ Young Frankenstein, knew exactly when to channel the hubris and when to back-off and chase the melancholy and the melodrama.

Bringing in Igor (Radcliffe), who is more a pop culture composite than a character culled from any one source, McGuigan wants to retrofit Frankenstein not as a cautionary tale of a man trying to understand his creation at the hands of other men, but as a buddy tale that gathers up some of the hidden undercurrents of Whale’s films and then fails to properly decipher them. Issues of gender, religion and rationalism are swirling around in here somewhere, but the subtext is subdued by the text, which is really just McAvoy and Radcliffe strutting about some gorgeous sets and brooding over the curious tensions in the air, which seem to have very little to do with the strained desire to bring new life forth from nothing. Here, the set dressing really gets in the way.

When we first meet Radcliffe’s Igor, he’s a nameless hunchbacked clown toiling as a slave at a circus and silently pining for the trapeze artist (Jessica Brown Findlay), and before we can adjust to the creepy face-paint and fright wig, he’s whisked out of exile by Victor who diagnoses his hunch as a really nasty fluid filled abscess  on the spine, in need of lancing and a good back-brace. This means that Radcliffe needn’t scurry about like your father’s Igor for the entire film, instead enjoying the Victorian dandy party with McAvoy, partaking of all the opium, elevated banter and zombie chimpanzee hybrids one can stomach. Yes, it does take awhile to get to the modern Prometheus inherently promised in the story, although some of the horrific detours on the way—Igor’s diminishing hunch and the beastly first reanimation—are worthy sideshows. The biggest issue is that when the monster does finally arrive, the script has robbed it of any mystery and provided too much motivation, backstory and identity. The creature is just one more tormented aspect of Victor’s inner psyche to conquer and lacks the individuality of other interpretations. The best moment honestly comes when a drunken Frankenstein demands that the monster have a flat head, just because he likes it that way!

As mentioned previously, McAvoy and Radcliffe are actually great sports with the material, and have showed up to play, if not exactly work. This Frankenstein reads on the page like a Victorian gothic Tony Stark, but McAvoy does manage to give him a certain level of free-wheeling hysteria that positions him just on the other side of Gene Wilder’s woozy wackiness. Radcliffe is more subdued, but he also delivers the stronger performance and it would have been interesting to see a movie truly interested in exploring the warring aspects of his Igor character. In addition to the creature, there’s a whole host of supporting faces, including Findlay, Andrew Scott as a rigid, religious Scotland Yard detective and Charles Dance as Victor’s disapproving poppa. None of them quite register as much more than scenery, and the movie remains in the hands of Radcliffe and McAvoy, who manage to keep it from desperately sinking but never can ignite that necessary spark of life. This is just another copy of a copy, shambling about and looking for a reason to be that it never quite attains.