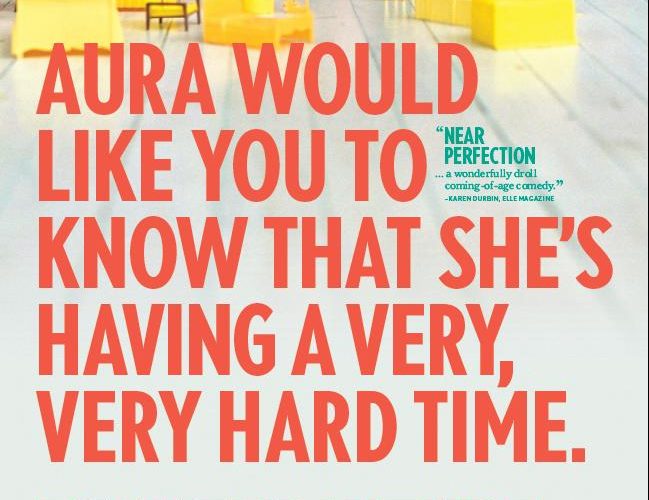 Tiny Furniture centers on Aura (writer/director Lena Dunham) an over-privileged underachiever who struggles with what she deems, “a post graduate delirium.” Having just graduated from an Ohio-based university, Aura has returned to her mother’s TriBeCa loft with a degree in film theory, a hamster named Gilda, a broken heart, and a total lack of direction. Surrounded by her effortlessly distinguished kid sister, Nadine (Gracie Dunham) and her heralded photographer mother (Laurie Summons), Aura clings to her childhood gal pal, the unhinged and “unsupervised” party girl, Charlotte (Jemima Kirke). Like many twentysomethings seeking meaning after the experimental safe haven of college, Aura is aimless. She has to make the leap from dependent child to independent woman, and her floundering failure to launch informs much of the film’s nonchalant comedy. Lena Dunham is an inventive writer whose script, which was penned in a week, is full fun dialogue and colorful, engaging characters. Dunham cast her friends, family and neighbors in the film, creating an easy credibility to these complicated ties that bind. And while a film about a filmmaker (written, directed by and starring one no less) would seem to guarantee a vanity project, this DIY indie is anything but. Dunham shows herself warts and all with reckless abandon. It’s refreshing and daring without being overwrought, a tricky balancing act.

Exchanging barbs with her real-life sister, who refers to Aura’s search for self as “the epilogue of Felicity,” struggling to create a worthwhile romance with pretentious hipster boys, and hanging with the drama whirlwind that is Charlotte, provides much insight and humor into the creatively composed indie. Aura’s quest and her foibles are often easy to empathize with. However, the plot of this quirky comedy is ultimately as aimless as its protagonist. The final act meanders through a series of low points before ending abruptly – leaving a string of loose ends, and leaving me wondering if Aura’s changed at all from beginning to end.

The cast performances lend to the air of effortlessness of Tiny Furniture. Gracie Dunham is reminiscent of Aubrey Plaza of Parks and Recreation with her feckless brilliance. Laurie Simmons, the real life mom of the Dunham girls, had an easy elegance that recalls another NYC mom, Anjelica Huston’s Etheline of The Royal Tenenbaums. Kirke was spunky, fun and familiar as the grossly self-indulgent Charlotte, and Lena Dunham proved to be an endearing protagonist.

While the film’s jarringly abrupt ending made me wish Dunham had spent more than a week on the script, all in all, Tiny Furniture is an amusing and inventive coming-of-age comedy that feels both fresh and familiar. There’s plenty to like in the film, from its pithy dialogue to the bittersweet look at New York, to the intriguing performances. Ultimately, it makes me want to see more from Dunham.