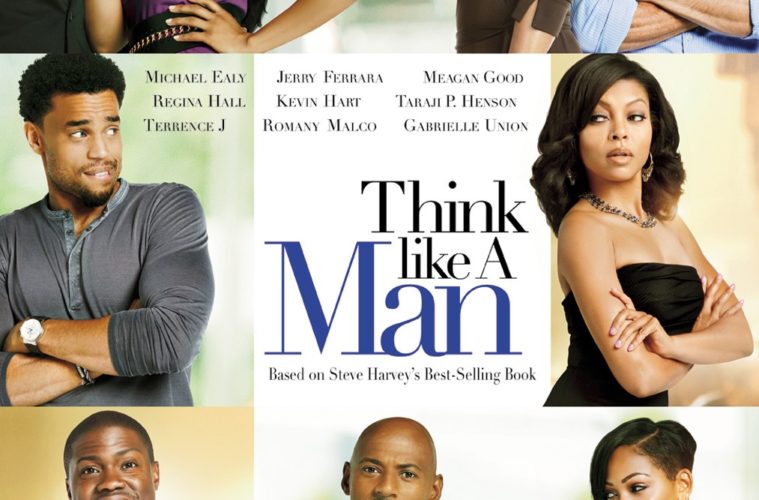 In 2009, comedian and television personality Steve Harvey gave women the keys to the castle. His best-selling book, Act Like a Lady, Think Like a Man, flew off the shelves after day-time talk show appearances allowed him the forum to explain how men simply don’t ‘love’ the same way ladies do. With insight on archetypes like “The Momma’s Boy”, “The Player”, and “The Non-Committer”, Harvey had declared open season for the manipulation of y-chromosomes everywhere on behalf of the fairer sex. Whether you see the work as a legitimate self-help book or comedic tome on relationships, though, I don’t think anyone would have imagined it as a feature length film. But screenwriters Keith Merryman and David A. Newman saw the possibilities and decided to weave a rather generic—albeit very, very funny—romantic comedy around its secrets. After scribing last year’s surprisingly great Friends with Benefits, Merryman and Newman haven’t hit pay dirt again with Think Like a Man but it’s not for a lack of trying. Helmed by Tim Story—harkening back to his Barbershop days after a couple subpar jaunts in the superhero realm—the film exists on the battlefield of love. We’re introduced to our men via the often-hilarious narration of soon-to-be divorced Cedric (Kevin Hart), but the women they’re about to meet actually draw first blood with Harvey’s tools. Using his techniques, each first date for the sprawling cast of recognizable faces begins with the same queries about short- and long-term goals as the women ensnare their prey to brilliant effect. The boys soon compare notes, however, and realize they’ve been played. Looking for revenge, the war shifts focal points and inevitable casualties occur once the truth comes out.

Centered on a boys’ club of young men at differing stages in their lives, the movie begins with a quick expunging of almost all their attachments. With everyone but the “Happily Married” Bennett (Gary Owen) and “Not-Committing” Jeremy (Jerry Ferrara) newly single, the adventure begins with a few chance encounters possessing potential. As Hart’s motor-mouthed hysterics explain in voiceover, though, none saw the assault to come. “Momma’s Boy” Michael (Terrence Jenkins) meets single mother Candace (Regina Hall), “Dreamer” Dominic (Michael Ealy) runs into the strong and successful Lauren (Taraji P. Henson), and “Player” Zeke (Romany Malco) becomes trapped by “90-Day Rule” Mya (Meagan Good), each woman intent on weeding out the inferior for one worthy of the ‘cookie’. Even Jeremy, despite his relationship, sees girlfriend Kristen (Gabrielle Union) not letting up until a ring is placed on her finger.

Where Think Like a Man works best is when the boys are together. Without filters they seem to revel in mocking each other relentlessly with Hart being the highlight as he counts the days until his divorce is final. Showing up at Zeke’s unannounced and incessantly chattering about strip clubs and what his friends are doing wrong, this half-pint definitely has a lion’s share of confidence. The core to the group’s dynamic, his immaturity allows the others to step up and be the men their new girlfriends hope they are. So, their status updates at the pub or basketball court end up being the moments that let the audience forget the contrived plot and have some fun. It doesn’t hurt that Hart has no qualms with hitting on Michael’s Mom (Jenifer Lewis) or engaging in a pick up game with Ron Artest and Lisa Leslie—the best bits of which play during the end credits. As for the girls, half are underused and stereotypically demanding. Union is wasted and barely seen as she tries to ‘improve’ Ferrara while Good sadly becomes a pawn in Malco’s thread with only an occasional appearance from Chris Brown to bring laughs in a role probably not too far from the insensitive womanizing truth. This leaves best friends Candace (Hall) and Lauren (Henson) to pick up the slack and shine. Hall plays the single mother perfectly with Caleel Harris‘ well-behaved handful of a son Duke in toe and Henson goes full-bore into the uncompromising, COO with six-figure salary looking to find a nonexistent Adonis in body, mind, and spirit. Putting Candace with Jenkins’ “Momma’s Boy” and Lauren with Ealy’s “Dreamer” is a no-brainer, but also firmly on the nose. Jenkins knows what growing up without a dad is like and Ealy has the potential if not the success.

As a result, the only relationship in this mess of comedic situations and romantic bliss that feels authentic is Henson and Ealy. The film’s two best actors, they really understand the push and pull of their differing worlds. We want Dominic to win her heart more than anyone else and hope Lauren can somehow see he is everything she’s been looking for despite being currently unemployed. The key to a romantic comedy’s success is making the audience actually want love to prevail. While we know the other matches will work—this is Hollywood after all—Ealy and Henson’s performances give their story stakes and had me wondering if they may not end up together after all. Thank you Merryman and Newman for giving me the opportunity to invest in at least one couple.

In the end, though, Think Like a Man is still marred by the weakness of plot inherent to the genre. While most fall flat as a result, this one finds a way to make you laugh enough to forget this fact until the other show drops and break-ups begin. Compromises are made, love attempts to be enough, and pride becomes the universal enemy of all while we yearn for a return to the fun courtesy of Hart’s lunacy. Will it work in a non-sold out theatre without the deafening laughter I heard throughout? Honestly, there’s a good chance it won’t. However, listening to the women swoon when Brown, Ealy, and an uncredited Morris Chestnut graced the screen and the uproarious reaction to Hart whenever he opened his mouth was enough for me to admit I had a good time.