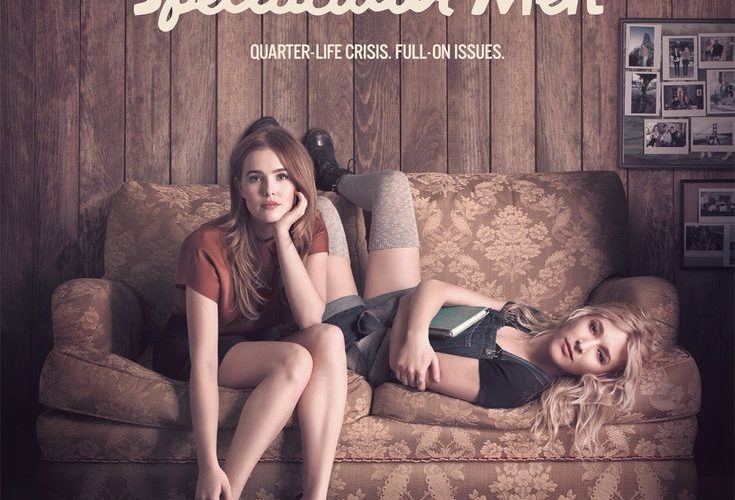 The time has come to see the “manic pixie dream girl” trope from the other side. We’ve viewed countless depictions of attractively quirky women serving as plot points pushing their male lead counterparts over whatever hump they find themselves struggling to conquer, each a one-dimensional prop used before being discarded or thanked upon figuring out the solution. We don’t catch even a glimpse of their motivations, emotions, or psychology because their identities are non-existent. Whether they remain in the protagonist’s life or not is inconsequential so long as he smiles before the credits roll. We’re to accept his selfishness as endearing, his happiness a success. These women “save” him from despair and yet we only know them through his fetishized projections. Madelyn Deutch has flipped that script.

Her film The Year of Spectacular Men (a family affair with mom Lea Thompson directing and acting while younger sister Zoey provides second-lead) isn’t, however, about a young woman who needs a “manic pixie dream guy.” When I say “other side,” I mean literally that. Madelyn’s character Izzy Klein is the MPDG, but she’s in control of the story rather than merely its propulsive device. To all the men she dates throughout the twelve-months we experience, she’s the object opening their eyes to insecurities, ambitions, and clarity. The difference from this vantage point is that the truth of them treating her as disposable despite reminiscing about her “glory” is laid bare. We now watch how their presently naked shallowness impacts her presently visible worth. Introducing us to Izzy’s story with a montage of these men recalling their time with her as though it were this instantly transcendent experience for them is therefore perfect. Aaron (Jesse Bradford), Ross (Cameron Monaghan), Logan (Brandon T. Jackson), Mikey (Zach Roerig), and Charlie (Nicholas Braun) speak about her in a way that would make us wonder about her existence if those words weren’t inevitably followed by a depiction of each relationship in sequence. But their memories are self-serving. They mostly describe someone they think back upon as a binary subplot in their lives despite the complex nature of what really occurred between them. Deutch won’t let them make Izzy into a part of their stories this time, though. They’re now each just one small chapter of hers.

We meet her at a crossroads in life: the millennial pit of uncertainty a twenty-something, privileged white woman (this aspect isn’t ignored and often mocked for welcome, self-aware comedy) can experience when the concept of direction proves elusive. Her younger sister Sabrina (Zooey) is a successful actress in love with fellow actor boyfriend Sebastian (Avan Jogia); her mother (Thompson’s Deb) is happily in love for the first time since her father’s suicide with a woman half her age (Melissa Bolona’s Amythyst); and she’s listless and lost in the grind of finishing college with yet another major, zero job ambitions, and a three-year boyfriend she may not even really like. Deciding to leave New York to crash at her sister’s place in Los Angeles, finding initiative proves difficult. What follows is a steady stream of misfires and hard-knock lessons. There’s a revolving door of boyfriends for whom she often finds herself trying to be what they want rather than what she’s comfortable being; manic depressive swings between seeking purpose through potential failure and locking herself in her room to watch old X-Files episodes alone; and the constant strain of living with a secret to protect her sister’s idyllic memory (she and Deb never corrected Sabrina’s assumption that her father’s death was an accident) helping coax her into forcing her “more together” sibling into protecting her from the Big Bad World. And all the while Sabrina and Deb battle their own issues in love and growth. Nothing occurs merely for the punch line — not even the punch lines.

This is both a boon and bane as the light tone becomes infectious just as it proves damaging to the authentic drama unfolding. Some shifts come fast and loose in a way that diminishes impact and the quick passing of time can seem to tie-up heavy emotions sooner than their pain may deserve. But the rapid pace does allow for a lot to be done in a short period, something that’s crucial to ensuring Izzy crosses off a good portion of the Hollywood beau checklist: domineering narcissist, pedantic bore, nice guy hypocrite, attractive fling, and insecure avoider. They may not all earn equal stakes of importance within her personal evolution, but they’re built with a welcome sense of honesty — especially during sex scenes as over-the-top as sensitively awkward. That pace can also lead to some wonky performative moments, but everyone is earnest and charming enough to overcome brief lapses pushing for a laugh. If anything they only lend themselves to the way that The Spectacular Year of Men embraces this notion that no one is perfect. What makes MPDG scripts so problematic is how they enforce impossible gendered stereotypes (a perfectly docile love interest) while reinforcing toxic ones (a broodingly entitled protagonist). None of that happens here as Deutch draws the men surrounding Izzy to be as unsure of who they are as she is (whether they’ll accept it or not). She exposes the cracks within veneers of happiness (Deb) and success (Sabrina) too so Izzy isn’t forced to conform to a false sense of wholeness.

Instead we watch as a young woman traverses a wide-open road towards fulfillment without blueprint or shortcut. Her safety net is expansive, but it’s not ignored simply to tell the story at-hand with less drama. That net is actually a huge component to Izzy’s floundering — and the floundering of many millennials constantly chastised by the same adults who raised them in a way that guaranteed the death of “back in my day” as a legitimate lesson. We watch this lost soul find enjoyment, love, lust, disappointment, and shame. We watch her move forward and retreat, each step simultaneously holding the weight of life and death. Black and white decisions reveal themselves as gray and messiness rules the day. Sometimes it takes a thousand ends before we can truly begin.

The Year of Spectacular Men opens in limited release on Friday, June 15th.