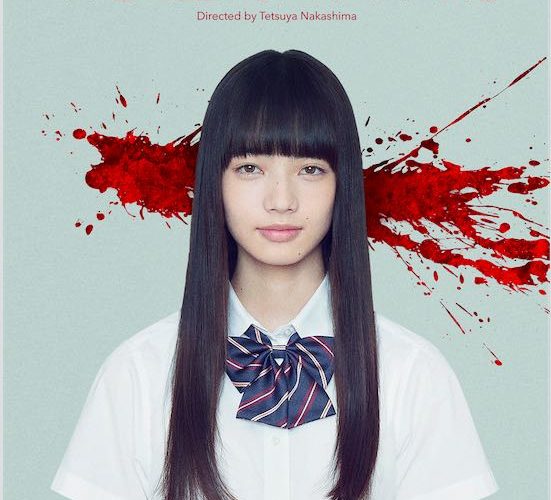 [Review] The World of Kanako

Anti-hero is too light a word for the lead of The World of Kanako. A hard-drinking, tortured, virulent ex-cop thrown into an underworld of sociopathy and systematic abuse in order to find his daughter, he evokes a long line of lead archetypes in detective stories. Director Tetsuya Nakashima’s style and narrative flourishes may draw comparisons to countrymen like Johnnie To and Sion Sono, or the South Korean revenge thriller boom anchored by directors like Kim Ji-Woon and Park Chan-Wook, but The World of Kanako differs in one singular way. Akikazu Fujishima (a completely unhinged Kôji Yakusho) hasn’t sold his soul to the devil for revenge. He never had one in the first place.

Presented in a jumbled chronological style reminiscent of Memento, and filled with hallucinogenic episodes into both the mind of the lead, and animated tangents giving context into the life of one child who is transformed into a monster by the underworld, The World of Kanako refuses to offer an easy entry into its story.

This destabilization is nearly constant. Minutes in, Akikazu appears to be having a woozy memory of his ex-wife and child framed in angelic lighting until we see him mumble, “Yeah, right” in front of the fizzling television watching these same figures. Nakashima revels in deploying these moments, and the exposition is depicted with a similarly disorienting sense of unreality through zippy editing and an intentional spatial incoherence.

The film is set into motion when Akikazu receives a call from his real ex-wife who begs him to search for their teenage daughter, Kanako (Nana Komatsu), whose fallen in with a rough crowd over the years. In tone, World of Kanako sometimes resembles impressionistic noir like Point Blank or Inherent Vice with Akikazu wandering through each new environment totally ignorant of the forces that exist and conspire just out of his reach. But where Inherent Vice occupied a middle ground between omniscient danger and grandiose lark, World of Kanako wallows deep into the most vile aspects of humanity. And even as the story stakes out a somewhat logical narrative, doubt always lingers about whether this is in any way a reliable frame of reference.

This dichotomy of reality and unreality becomes its own explicit pattern as well as Kanako’s nature is unraveled in the past through the testimonies of the people around her and the fluidly idyllic/nightmarish memories. The conflagration of all these disparate elements may sound dizzying, but Nakashima makes sure to delineate these parts using visual tics and needle drops.

For instance, a twee indie rock song, blotting overexposure and an erratic handheld camera work separate the scenes that take place three years earlier with a teenage boy known only as the narrator and I within the story. He’s an outcast, relentlessly bullied for his introverted nature until he becomes starstruck by Kanako and her majestic glow. In these scenes, Kanako speaks with a supernatural assurance, and an inextinguishable brightness.

In between, Akikazu follows each breadcrumb in a rabid daze, vomiting, screaming and swearing at everyone who’s unlucky enough to come in contact with him. Perhaps a reflection of a mental illness that’s hinted but never fully discussed, Akikazu lives his life with a vicious disregard for others, but then balks when he’s pushed back in any way. He’s the type of deplorable person who will attempt to rape someone, and then the next day become enraged when he’s denied breakfast.

The World of Kanako travels a very thin line on whether it’s misogynistic given the amount of gruesome violence inflicted on women. But by the end, it feels more misanthropic than anything. This is a world that exists without any reference point of humanity, and gendered sadism exists as more of a point of twisting convention than making a statement.

Rather, the larger message is simply that the cruel control the weak, and that’s shown through the way that violence becomes a form of subjugation more than as its own individual act. This is easily one of the most violent films of the year, and the violence is depicted in a stylized fashion, but it’s never glorified. The aforementioned sexual assault, for instance, isn’t lit as much as flooded, rendering the whole scene with a subterranean sliminess.

One of the mantras of the film becomes, “They give you what you want, and then they destroy you.” The totality of that statement is repeated both visually explicitly and ingrained into the relationships of these characters. The depths of human depravity have become a well-worn road, but Akikazu stands out not just as a truly repellent human being, but as a protagonist who finds peace of mind in destruction.

Still though, there will definitely be some who find the formal playfulness off-putting given the subject matter. Scenes regularly move from colorful Sono-esque EDMA-fuled fantasias to sordid depravity, and Nakashima even pokes fun at the detective sub-genre with one note larks like a pastiche title sequence with pop noir cut outs and a Peter Gunn-style baseline and horn soundtrack.

One of the funniest scenes of the film for instance, involves a double reversal as Akikazu is knocked out while searching for a gang, only to wake up to them having all been brutally murdered while he was asleep. It’s this kind of constant narrative suspension that makes The World of Kanako such a joy to watch even as it dives thematically deeper and deeper into the tarriest pits of humanity.

The film is inherently about disconnection and the way numbness can become its own form of autopilot. This is a world of passive violence as compensation for consuming emptiness. Akikazu isn’t numb though. He’s confident in his delusions, and they’re based in some semblance of purpose. He might say repulsive things like, “These little shits deserve to die,” but they comes from a hunger for something, even if it’s never given more clarity than self-destruction.

If anything, those themes of insatiable misanthropy do become somewhat of a dead-end, especially with a denouement whose nihilism can’t help but feel redundant, as the film needs to find some kind of satisfying conclusion beyond a growing pit of sadness. The final image is compositionally and thematically arresting, bringing the blame full-circle, but it’s also narratively constricting. He’s driven not by anything approaching paternal love, but a festering biological obsession to right wrongs that he set into motion. But how can he blame her? She is her father’s daughter.

The World of Kanako is now available on VOD and in limited release.