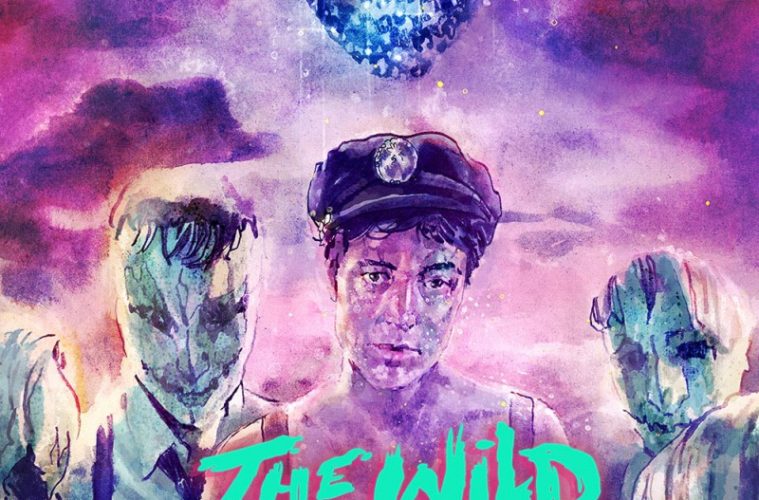 Review: ‘The Wild Boys’ is a Gleefully Transgressive, Phantasmagoric Experience

It is always a suspect decision to call a film “indescribable,” at least when assessing it as a whole. Certain aspects may and often do elude one’s ability to comprehend on a moment by moment basis, but in general a movie, especially one which adheres to a set narrative, can be summed up purely in terms of subject matter, theme, and so on. It might not necessarily be the case that there is nothing new under the sun, but it is quite difficult, at least at this point in the evolution of art, to create a narrative consisting of totally uncharted territory.

With that said, is The Wild Boy indescribable? On the most fundamental level, the directorial debut feature of Bertrand Mandico is certainly not: its structure and central conflict is more-or-less a direct cross between the rebellious coming-of-age story and the sea adventure. But it would be equally misleading to say that this film is in any way stale, rote, or conventional. For this is one of the more truly strange visions from narrative cinema in the past few years, one that dares and succeeds as much as it fails. To call it bizarre would be an understatement.

Of course, this declaration requires some proof. The Wild Boys concerns itself solely with the eponymous band of outsiders, consisting of five white bourgeois teenagers living dangerously at the beginning of the 20th century. They accidentally cause their literature teacher’s death while supposedly under the influence of an unexplained androgynous entity named TREVOR, and consequently their parents call upon the services of a mysterious ship captain (Sam Louwyck), who claims to be able to tame even the most uncivilized of young men. The rest of the film chronicles their descent into a cruel and strange world, encapsulated in the mysterious island of dangers and pleasures to which the captain takes them.

Such a description does a poor job of conjuring to mind the odd experience of watching and wrestling with The Wild Boys. Undoubtedly the most important of these is the entirely fitting and tantalizing decision to cast female actresses in the main parts. This pays dividends for reasons that come to light over the course of the film–in a development that I will not spoil–and the constant push-pull between the admirable ability of all five actresses (Anaël Snoek, Vimala Pons, Diane Rouxel, Pauline Lorillard, Mathilde Warnier) to embody these savage youngsters and the viewer’s knowledge of their “true identities” holds a great deal of the film’s tension. Mandico leans into this inherent distancing effect: layered voiceover by the actresses–in a manner not unreminiscent of Malick–very clearly sounds like the voices of women, and prosthetic penises abound, both on the actresses playing the boys and (presumably) the captain, who at multiple points produces his heavily tattooed organ. It should certainly not be a surprise that there is an overabundance of pointedly phallic imagery, from trees that spurt some sort of milky ambrosia to the menace and power contained within a sharp knife.

None of this would carry nearly the amount of odd compulsion without Mandico’s sense of imagery. Wholly shot on 16mm, most of the film is in hazy black-and-white, which is interrupted by occasional bursts of color, a shift that only occasionally seems connected directly with hallucination or dream. Coupled with this conscious throwback aesthetic, which has already drawn reasonable comparisons to Guy Maddin, is the striking use of superimposition and rear projection, exaggerating and distorting any sense of “reality” past any sort of breaking point.

This, indeed, is the ethos of The Wild Boys: without giving much else away, it is a gleefully transgressive experience, pushing a standard narrative so far that it becomes almost completely unrecognizable through the reams of gender-bending and fluidity, implied or depicted queerness, and other such outré moments. It wouldn’t be accurate to say that this is a totally successful film; aside from the casting, a good portion of the film seems trapped in the standard conflict of authority vs. rebellion as exemplified by the captain and the boys, elaborating only with a delightfully nasty contraption of ropes. But the film evolves and assumes entirely different modes of expression, unwilling to settle for anything less than utter bewilderment. The phantasmagoria is paramount, and it is defiantly on display for all willing to see.

The Wild Boys is now in limited release.