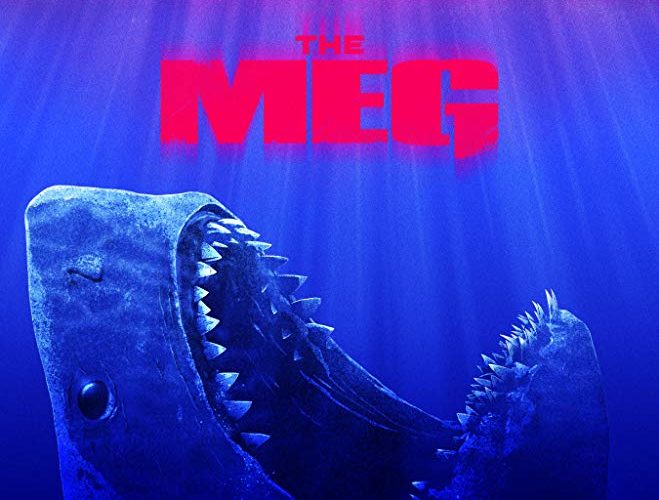 Review: ‘The Meg’ Swims in Circles

Ever since Steven Spielberg set foot on the beach, directors have been attempting to recapture a similar level of thrills and artistry in the shark movie, usually towing either the intimately terrifying line or opting for over-the-top, scenery-chewing bombast. Far from the pared-down horror of something like Open Water, the latest selachian feature The Meg goes for broke with the notion that bigger is better, making the strong case of disproving that exact statement. Taking far too long to get to people-chomping thrills, Jon Turtletaub eventually settles into a handful of entertaining set pieces, but is often sidetracked by a script that plays it safe in both structure and bloodletting.

A gigantic shark species that makes Jaws look like Nemo, The Megaladon was thought to be extinct for a few million years, but has now risen from the depths of the ocean thanks to the stupidity of humanity–specifically a diverse team of scientists (Li Bingbing, Ruby Rose, Winston Chao, Cliff Curtis, among others) and the rich backer of their operation (Rainn Wilson). When some of their crew gets trapped in the deepest reaches of the sea, they call on the world’s best diver to come to the rescue: Jonas Taylor (Jason Statham), cast out as a crazy drunk after a run-in with The Meg five years back that led to the death of some of his crew.

Statham is an actor who has made his chops by, well, actually chopping his opponents with his agile hand-to-hand combat and slick one-liners. If one thinks he can only bring one of those moves to a giant shark movie, you will be gleefully mistaken for a fleeting moment. Perhaps the only member of the ensemble who is able to wink at the camera and sell it, it’s hard not to have a big dumb smile on your face when he uses all of his gusto to dive into the water and go toe-to-toe with The Meg fairly early on. Unfortunately, he’s in the hands of a director whose level of competence can best be described as Netflix original film-quality indifference.

Given the ridiculously fun assets in this particular playground, it’s regrettable that Jon Turteltaub fails to produce a single memorable frame throughout the entire ordeal. Shot by Clint Eastwood’s frequent collaborator Tom Stern, there’s some inherent tension when the camera is floating around the open water waiting for a shark to chomp, but those few and far between moments stem more from a primal fear than formal accomplishment. J.A. Bayona may not have been able to salvage the scraps of a useless script earlier this summer, but he could at least could concoct a few distinct frames. Here, WB showed a better eye for effective imagery with their extravagant poster campaign than the tedious flatness we’re left with throughout, including–but not limited to–scenes of lifeless dialogue.

Scripted by Dean Georgaris (Paycheck) and Jon & Erich Hoeber (Battleship), the dreadfully elongated first act plays out like a poor man’s attempt to ape the patience of Gareth Edwards’s Godzilla, itself nodding to the carefully-constructed teases of Spielberg’s blockbuster classics. For the entirety of the first third, The Meg isn’t seen on screen and Turteltaub doesn’t have the control to effectively build this tension. When we’re not being lamely teased, the character work doesn’t fare much better. The attempt to ground this situation in a serious way is often followed by one-off jokes, never finding an ideal balance. One could consider this an intentional feat in order to engender sympathy amongst the audience to root for the predator, but there’s far too many clumsy tries at earnest character investment for this to be the case.

Lacking a genuine bite when it comes to the chutzpah to kill of most of its ensemble in inventive ways (see: Piranha 3D), one may look at the $150 million price tag and think Warner Bros. balked at an R rating. Yet just a few summers ago in The Shallows, Jaume Collet-Serra showed the level of clear-eyed thrills and white-knuckle intensity that can be had in the PG-13 arena. With The Meg, Turtletaub flounders about, failing to wring out a basic amount of tension in most scenes, leaving us to swim around in circles with only spare, Statham-infused signs of life.

The Meg opens on Friday, August 10.