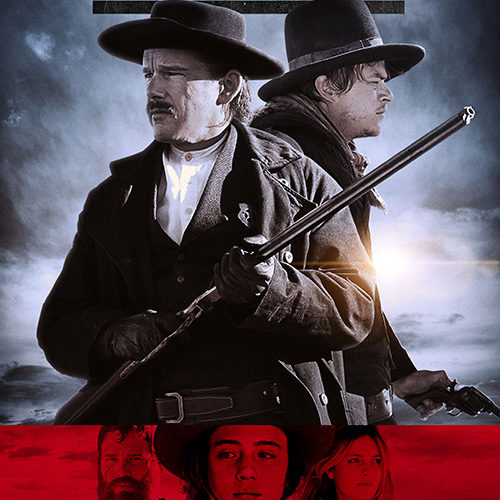 Review: ‘The Kid’ Looks at a Common Narrative Through a New Lens

With so many different iterations of the same exact story flooding the cinematic market every year via reboots and sequels, it’s nice when someone decides to look at a common narrative through a new lens. This is what director Vincent D’Onofrio and screenwriter Andrew Lanham hope to accomplish with The Kid—a glimpse at the oft-mythologized game played by former friends turned enemies Billy the Kid (Dane DeHaan) and Pat Garrett (Ethan Hawke) from the eyes of a fourteen-year-old boy (Jake Shur’s Rio) struggling to decide whether his destiny leads towards infamy like the former or justice like the latter. On the run with his sister Sara (Leila George) after killing their abusive father, stumbling upon these two legends will ultimately dictate whether they’ll earn absolution.

Fate finds Rio and Sara waking up in what was an abandoned barn to see Billy and his band of criminals watching with guns in-hand. The outlaw sees something in them that makes him want to take them under his wing to prove the stories about him are only mostly true. He has no reason to kill them and they’ve no reason to fear except when Garrett, Jim East (Ben Dickey), and the law inevitably come knocking with a symphony of unannounced bullets. Suddenly they all become Pat’s responsibility: the grown men are to be delivered to their respective nooses and the two children to Santa Fe where their late mother’s friend resides. With blood on his hands, though, Rio would rather help Billy than confess to Garrett. What follows is therefore a series of events led by this boy’s actions. It was his courage to finally stop his father before more people died that set them on this course and put his equally monstrous uncle (Chris Pratt’s Grant Cutler) on their trail for vengeance. Maybe he and Sara are the reason Billy didn’t exit the barn with guns blazing to find he could have taken the small gang Garrett had compiled. Maybe them being there stopped Pat from shooting Billy dead before Santa Fe and beyond had the opportunity to host even more death. But once Sara is kidnapped and word comes out that Billy knows where she’s been taken, Rio must decide to trust the sheriff’s morality or become the outlaw’s accomplice.

You know from the beginning that this will be a dark tale with Rio and Sara’s father beating their mother to death off-screen. It needs to because of the push and pull Rio experiences. He must acknowledge the complexity of murder as a dark deed that’s sometimes done as a result of good intentions. He must fear the consequences of what he did, but also know in his heart that he had no other choice. Both Billy and Garrett tell of similar situations from different vantage points with one ultimately embracing the darkness as a means to survive and the other rejecting it as the thing to fend off his entire life. So D’Onofrio isn’t afraid to push his characters to press that trigger. More people will die.

That reality is allowed some humor too, though, thanks to Lanham’s script. As often as it demands coincidence to give characters the positioning to escape and continue their journey, The Kid is also very aware of whom those characters are. This means Billy can turn on a dime from a desperate rat in a cage to calm wit when knowing he’s outnumbered. He can smile at Rio and work the boy to his advantage while Garrett can only retain the scowl that comes with perpetually keeping his head on a swivel. And some of those coincidences become easier to swallow through their own laughter considering the eventual demise of bystanders can prove entertaining when one is overly naïve (Joseph Santos) and the other an overconfident brute (Adam Baldwin). The levity tempers the weight of the world that’s pressing down upon Rio’s chest. What happens with Sara is a nightmare scenario and his ability to attempt saving her comes at the cost of finding out who his heroes truly are beneath the façade the media has constructed around them. How much of Billy’s good-natured antics are a ruse to let people in as insulation from the dangers surrounding him? How much of Pat’s severity is the melancholic depression of knowing justice comes with the heaviest of hearts? These are two faces of the same coin and Rio is at his crossroads to adopt one of their roads as his own. Will he have Sara to keep him whole or will her absence let the darkness take hold?

I think Shur does an effective job portraying Rio’s conflict throughout despite this being his first role (and the nepotism that comes with starring in a film produced by his father Jordan Schur). He’s best when allowed to be a kid alongside Billy as his expedited maturation via crime sometimes works against the lesson being learned since cold sociopathy seems to rear its head instead. If I’m honest the only real miscast performance comes from Pratt. I imagine he’s here because D’Onofrio and Hawke (who directed Dickey in the wonderful Blaze) enjoyed working with him on The Magnificent Seven. His rage at the start is actually quite palpable considering his usual sunny disposition, but he becomes cringe-worthy when forced to act menacingly hard against Hawke towards the end.

Some of this might be that Hawke is simply too good. He and DeHaan definitely steal the show for the most part — enough that I sometimes wished this was a strict Billy the Kid versus Pat Garrett western rather than Rio’s tale after all. It’s that authenticity, however, that allows the boy to respect and fear them in equal measure. That lifting of the curtain from cartoon adventure to life and death mired by handwringing, bravery, and hubris is what kicks Rio in the butt to realize his instincts to be a protector weren’t wrong despite their origin. We’re allowed a peek behind the scenes to witness the emotional toll this lifestyle wrought and realize that what we do is sometimes secondary to what we learn.

The Kid opens in limited release on March 8.