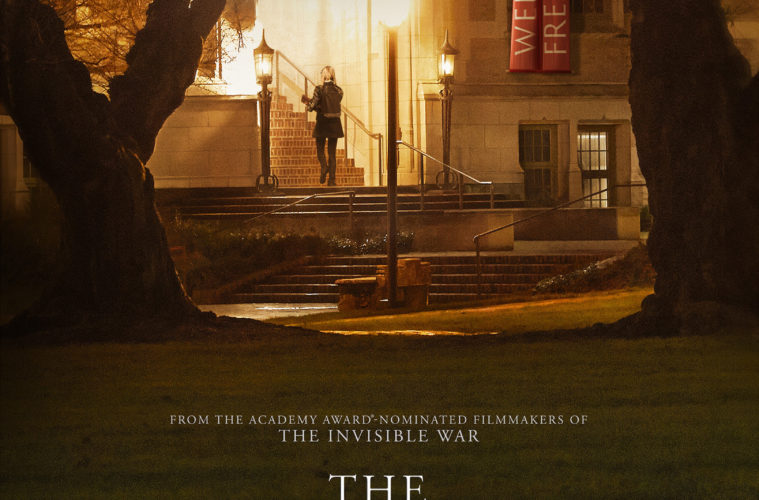 In the wake of Rolling Stone’s sloppy journalism chronicling a campus rape at UVA, a trend of defection has painfully occurred: slut-shaming, victim blaming and a culture of silence that seems to be rather pervasive. The story, nationally, is tragically the same and with their latest documentary, filmmakers Kirby Dick and Amy Ziering focus on the largest academic brands in the country: Harvard, Stamford, Berkley, Florida State, and UNC Chapel Hill. A useful picture that should be required viewing at freshman orientation, The Hunting Ground specializes in outrage of an epidemic that’s hidden, sparred on by certain fraternities with reputations. Dick doesn’t name names specifically, except in once case that could inspire a documentary all its own. The case in question amplifies victim blaming from a case the Tallahassee PD could have quickly resolved into a national matter once the ESPN commentators sound off. The key piece of information ESPN’s commentators didn’t bother to report: she wasn’t a jealous ex-girlfriend out to make trouble for a rising star; she reported the rape hours after it occurred, submitting herself for police questioning and a rape kit with matching DNA. Law enforcement and University officials sat on the evidence for a year while local DA declined to peruse what might have been a difficult prosecution, all to protect a powerful institution. (The DA and lead investigator were also Florida State alumni.)

Completing a tragic trilogy exploring institutional sexual assault, Dick has taken on the church (A Twist of Faith), the military (The Invisible War) and now higher education. Veering away from the smaller regional universities, he focuses on the larger institutions that simultaneously have more to lose in the way of alumni support and application status than those local safety schools. More immediate and effective than Andrew Rossi’s weak would-be expose on higher ed, Ivory Tower, which had repeated many of the same talking points heard elsewhere without diving deep into the under reported, Dick’s observations of intimidation (especially of effective female faculty members who speak out over the lack of action) is startling. The moments in which it’s most interesting is when it uses sexual assault as a kind of MacGuffin for exploring the larger disincentives schools have for reporting and punishing offenders. Many of the offenders in question are violent; alongside the nightmare scenarios chronicled elsewhere, these are not consensual situations that were later regretted. In the process, Dick offers a brutal indictment of the culture of campus rape, from tasteless undergraduate frat hazing rituals that seem archaic and problematic in any decade — one clip catches a group chanting “No means yes, yes means anal” in front of the freshman dorms — to a predator enrolled at Harvard Law. The effective, emotional impact of the film’s content overshadows the storytelling, which is not without flaws. Both Dick and Rossi’s feature docs focus mostly on the large household names in higher education. I wish even for a few moments they focused their lens on a regional university or two. It makes sense to attack the power players with an awful lot at stake, but its equally as interesting to explore the kinds of schools that middle and lower middle class kids with average GPAs attend. While the film proposes solutions and a call-to-action complete with its own hashtag (the Participant Media effect on social justice filmmaking), I wish Dick had provided at least one example of a school doing the right thing with an explicit how-to guide. Surely at least one school must have crafted a mostly effective procedure that investigates allegations quickly, is compassionate towards victims while offering the accused due process, and resolves matters quickly with meaningful consequences.

Where the film is most effective in its call-to-action is the time it spends with Annie Clark and Andrea Pino, whom the film gets to know in great detail. Clark and Pino have filed their own Title 9 lawsuits against their institutions for their lack of action and have started a movement to educate others on how to do the same. Traveling across country as documented in a video diary, Clark, Pino, and hundreds filing these suits with the Department of Education have victories along the way even if by the time the credits roll their work remains unfinished.

Offering a few easy answers in the short term, The Hunting Ground is effective in bringing to light an epidemic. However, it doesn’t tread into truly dangerous waters of reform, attacking a culture that produces the kind of heterosexual men who can sleep at night while chanting, “No means yes.”

The Hunting Ground is now playing in select cities.