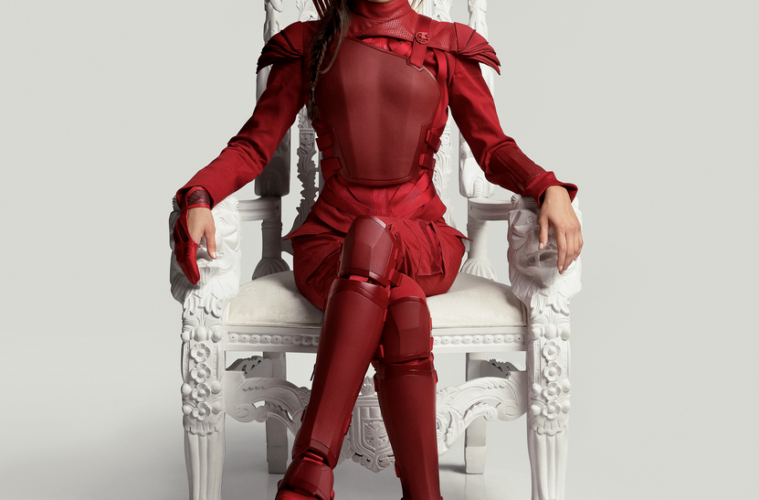 The long road to rebellion finds a surprisingly satisfying close in The Hunger Games: Mockingjay – Part 2, that rare blockbuster that finds a compelling middle ground between thoughtfulness and big, splashy spectacle. Longer and a little more dour than it really needs to be, Francis Lawrence’s final segment of the saga that re-launched a thousand second-rate dystopias manages to achieve something the imitators have largely floundered at: poignancy and pathos. Those qualities are almost exclusively products of Jennifer Lawrence’s tremendous performance, who continues to wear this particular post-apocalypse extremely well.

Opening with Lawrence’s Katniss physically and emotionally battered, the new picture never wavers from the dark path its heroes—youthful revolutionaries for whom war is the only freedom from subjugation—must tread, and it does a better job of honing on the precious cost their actions hold than its somewhat slight source material did. There are some obvious hoops the characters and the plot must jump through to tie up all the loose-ends waving around, but this Hunger Games actually grows the stature of its themes and the resolve of its main players in the final reel, something that few of the big sagas tend to do. Bearing more in common with The Return of the King of the final chapter of Harry Potter and the Deathly Hallows than say, Twilight or The Matrix, Mockingjay is as concerned with the effect these events have on the headspaces of its characters as it does the events themselves. From a production and direction standpoint, Mockingjay is completely of a piece with its predecessors, and there’s no perceptible change in quality or intent across the various chapters. If anything really changes here, it’s that Francis Lawrence has loosened the reigns enough to move from dutiful adapter to impassioned storyteller. There’s no discounting that Mockingjay is easily the darkest corner of an already dark story, but the filmed version actually vibrates with a kind of waking nightmare intensity that wasn’t really present in any of the earlier pictures. Once Katniss, Gayle (Liam Hemsworth) and a confused, twisted Peeta (Josh Hutcherson) join the rebel forces of Alma Coin (Julianne Moore) and enter the devastated remnants of the barbaric capital, Mockingjay becomes an arcane cauldron of references and homages, bubbling over in sometimes exciting and surreal ways.

Although the waning hours of President Snow’s (Donald Sutherland) debauched rule may only briefly and superficially glint at the social outrages of Pasolini, the PG-13 friendly imagery rouses some of the same emotions and thoughts. A strange detour into Aliens territory, complete with strafing flashlight beams and mutant berserkers, adds a breath of uncomplicated roller-coaster spectacle just when we really need it. Compare that with a more immediate and terrifying scene involving walls of cascading hot tar converging on our heroes; the stakes are high, and the visual verve, for once, actually matches the ruthless, overwhelming nature of the events onscreen. Everything in Mockingjay — from smiling politicians to drifting, placid baubles descending on a crowd of waiting children — tends to bite and bark, and part of the film’s charm is watching Katniss and company come to grips with their own fangs and claws, and how they will be used to turn the tide.

As previously mentioned, Jennifer Lawrence—who’s career and talent have developed right along with Katniss—is the MVP of the series, and instead of ignoring that fact or coasting on it, the Hunger Games series has embraced and  engineered the structure so she soars to the forefront. Given that Katniss continues to be the planned figurehead of the tale’s uprising, positioning Lawrence as the pivot upon which Panem’s upheaval moves, is an obvious choice. However, using the actress’ nature talent for self-possession and disarming vulnerability as a way to unite the other actors has worked wonders for the plausibility of what we’re seeing onscreen. There’s far too little Philip Seymour Hoffman of course; it’s understandable but still regrettable that we don’t see more of his Plutarch’s rich essence, on display every time the late, great actor is on the screen.

Sutherland finally unleashes the rabid dog inside of Snow, and has fun racing back and forth between serpentine charm and diseased bluster. Hemsworth comes to life more here than he has previously, although he’s another of the players—like Jena Malone’s smirking survivor and Woody Harrelson’s pragmatic Hamish—who are more or less ushered to the side lines; his status as part of the love triangle the only thing that seems to keep him from ending up in outtakes. Give Mockingjay credit too for greatly depleting and even occasionally scoffing at the romantic requirements of the plot. Hutcherson is as good as he’s been, playing essentially a man fractured to his soul by the toll of sympathetic choices that led to dire consequences. Seeing Peeta and Katniss navigate the minefield of destruction and loss is ultimately more satisfying than wondering if they will get around to hooking up.

Yes, there’s a few too many speeches, and a few too many concessions to big eye-candy action, but  Mockingjay – Part 2 ultimately vindicates The Hunger Games as a worthwhile addition to the young adult film canon. There’s grit and excitement, but this version of the story pauses for the sadness and melancholy, juxtaposed against frenetic war sequences that play like the dark side of video-game wish fulfillment. Living in our own climate of turmoil—that more often than we would like echoes aspects of these hard-edged allegories — it’s often a relief to see a film for the younger crowd that balances the violence with compassion for all those, enemy and ally, that may fall underneath the knife.