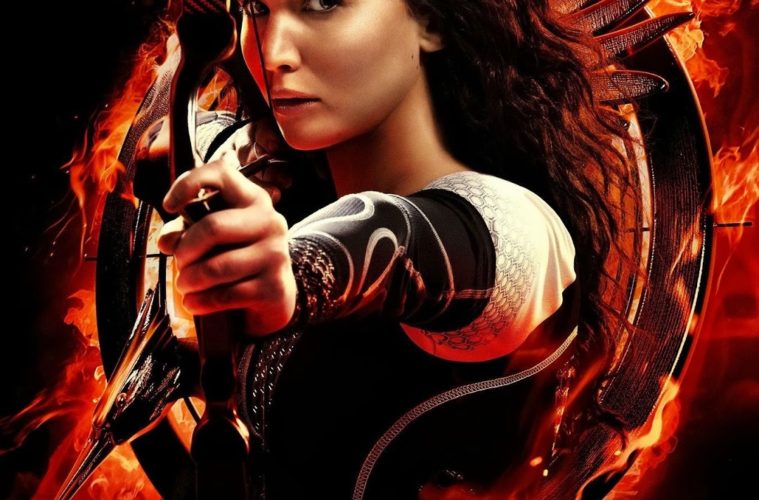 She may live in a dystopic nightmare where the reigning government wants her head on a plate, but Katniss Everdeen is one fortunate girl. She emerged from the titular and brutal Hunger Games unscathed, outwitting the game-makers and saving her friend Peeta in the process. More than that, she has managed a neat hat trick in our world, too. The first adaptation of her story was actually good entertainment, and the sequel is even better than that. No one expected it, but Catching Fire turns out to be the best of this year’s fantasy blockbusters, weaving in compelling ideas amidst entertainment that delivers on all counts.

The original The Hunger Games wasn’t a magical home run, but it was still a rare bird where YA novels on-screen adaptations are concerned. Director Gary Ross was more traffic cop than auteur when it came to managing all the moving pieces of Suzanne Collins‘ dense-but-zippy prose. That said, he did give the series two important gifts: a fortified sense of structure and exactly the right cast for the job. Taking over here is Francis Lawrence, director of I Am Legend and Water for Elephants, demonstrating here that he can make a picture that is the sum of its lavish parts. Having Jennifer Lawrence and Josh Hutcherson onboard helps immensely, particularly since both have blossomed and grown as performers since the last go-around. Of course, Lawrence was no slouch as Katniss the first time through, and she brings back that same sense of naiveté and resolve, along with a few new added wrinkles. Hutcherson is the real success story of the sequel; he evolves Peeta from resourceful to heroic in an arc that is never less than sincere and poignant. When the film actually arrives at the big death match, a Quarter Quell that pits past victors against each other, director Lawrence and his crew flesh out the story with new friends and foes.

One of the fascinating aspects of Catching Fire is just how careful and creative it is with its characters, offering them full space to grow, right alongside the clandestine plotting and obsessive world-building details. Having to kill off your peers for survival felt rather blasé in The Hunger Games, but the resulting mental headspace of survivor guilt and PTSD has taken its toll on Katniss. She and Peeta might be touring Panem in the faux good graces of the ruling class, but both of them are struggling with internal forces that threaten them every bit as much as the ruthless President Snow (Donald Sutherland) intends to.

The world of Panem, sketched in furtive but fleeting detail last time, feels like a plausible, lived-in universe in Catching Fire and the metaphorical tyranny of Collins’ novel is realized by the design team in tangible and timely expressions of cult celebrity as soul-crushing opiate. Visually, the film feels like Terry Gilliam by way of The Wizard of Oz, and the concept of a fantasia poisoned down to its core resonates in the empty-but-elaborate fashions, hairstyles and structures. As The Capitol continues to flail in debauched apathy, Snow and his cohorts hide behind an Third Reich-inspired military force and scheme, while the Depression-era lands on the outskirts of Panem are registering the first open signs of rebellion. As a story, Catching Fire has more to offer than The Hunger Games. Without giving away the trajectory or spoiling the fun, Katniss and Peeta find themselves facing both the responsibility of celebrity and iconography, as well as the predatory sci-fi dangers of the Games themselves. For these two kids, playing loving couple everywhere but in their personal time, maintaining the illusion of pop idols is the only way they can ensure the safety and well-being of their families.

To the ruling class they are the incidental flavor of the week, here to titillate and be discarded, while Katniss’ defiance for Peeta’s life has branded them as larger-than-life legends in the downtrodden districts. New Head Gamemaker Plutarch Heavensbee (Philip Seymour Hoffman) is directed by Snow to extinguish the fire of upheaval that is Katniss Everdeen, but his plan involves deconstructing her image first and annihilating her second. The action and adventure that awaits in the actual Hunger Games competition stands-by as Lawrence reintroduces us to this world and characters and then raises the stakes and along with them, as well as the theme and impact of the narrative.

Grumpy fan boys never tired of unfavorably comparing the first Hunger Games film with their darling Japanese counterpart, Battle Royale; the argument then was this PG-13 film watered down the violence, satire and purpose of the dark content. Catching Fire is the rebuff to that knee-jerk outcry and it’s easily one of the best sequels of recent memory. It elevates the source material and the previous film, and if we’re honest, it expounds upon the compulsions and concepts of the basic premise in ways that the limp rag sequel to Battle Royale never did.

This isn’t another surface-level jaunt through courage-under-fire or an FX spectacle more interested in who hooks up with whom. The film, in intelligent and specifically cinematic ways, makes strong points about the way media influence and image manipulation can turn the hearts and heads of a populace or cool the seeds of dissonance. Jennifer Lawrence the actor has had a crash-course on celebrity in recent years and she’s mostly dealt with it in a confident and self-possessed manner. This experience has allowed her to form the Katniss we see here; the character isn’t as comfortable in the performance end of her newfound celebrity, and her trepidation and unwillingness to put on a show become scintillating narrative pivots.

Another incidental gift from Ross to new director Lawrence was room to grow in the action scenes. The dodgy, quick-edit jumpiness of the set pieces were the great weakness of the original. That tactic may have obscured the violence, but it also obscured the purpose and geography as well. Catching Fire takes its time arriving at the skirmishes but it devises them with real aplomb and executes them with stylish intensity. From fearsome adversaries to ever-evolving environs of danger—some of these include killer monkeys!—this version of the Hunger Games is more intuitively felt and recognized. A scad of new players serving as the would-be team for Katniss and Peeta offer new faces to care about. And as played by the likes of Jena Malone, Sam Claflin, Amanda Plummer and Jeffrey Wright, they add quirky diversity to our rooting interests.

Every returning detail of The Hunger Games is expanded and expounded in Catching Fire, and there is an unusual layering of the film’s ambitions. It can be enjoyed as the YA chick bait it represents at a distant cursory glance; it can be accepted as a well-devised action romp; and best of all, it can be ingested as a film of ideas, ripe for young minds who are just touching down on the shores of dystopia fiction. Many fantasy films view rebellion as mere incident, a means by which the central characters might engage their enemies on a grand scale. Catching Fire questions the nature of resistance and revolution, crystalizing the concept through the actions and reactions of characters we have come to know and are learning to love. View it as a transition between the groundwork and the big finish if you want, but the reality of it is much more. This right here is the backbone of the franchise.