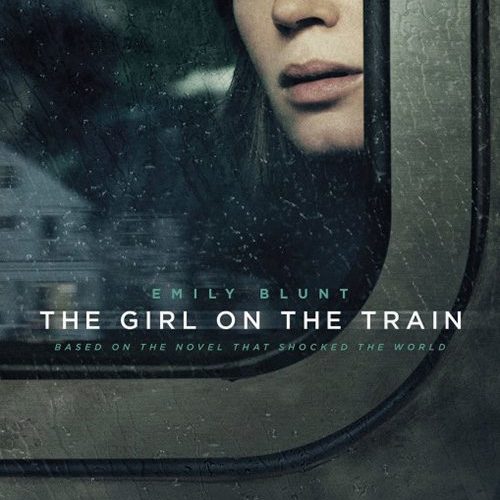 [Review] The Girl on the Train

There’s a moment somewhere in the middle of The Girl on the Train, adapted from the hit Paula Hawkins novel, in which Detective Riley (Allison Janney) lays out some of the coincidences and potential consequences that have begun to play out for Rachel Watson (Emily Blunt), an alcoholic implicated in a local missing persons case. Said missing person happens to be a young woman named Megan (Haley Bennett) who lives two houses down from where Rachel once lived with her ex-husband Tom (Justin Theroux), where he still lives with his new wife Anna (Rebecca Ferguson) and their newborn. Also, it turns out that Megan was Tom and Anna’s nanny. Oh, and she might be having an affair, which Rachel might have seen from the window of the commuter train she takes into the city every day.

Ridiculous as all of this may sound, director Tate Taylor (The Help, Get on Up) seems to waver between taking it all very seriously and having some fun with the proceedings. Part of the tonal struggle comes with Rachel’s drinking problem, which is captured with a particular tragedy by Blunt. At first blush, our heroine appears too broken to function, let alone carry any kind of narrative. Still reeling from the end of her marriage, Rachel may have gotten black-out drunk at the very moment — and in the very place — that Megan went missing.

It’s a juicy tease built on the crippling addiction of the lead character, a schlocky tool utilized within this schlocky thriller. The screenplay from Erin Cressida Wilson stays true to the source material, and the filmmakers lean heavily on Blunt’s superb performance to get through to the final, uber-violent act. Bennett does her best with Megan, a character at once over-written and under-written, while Ferguson sits in what is decidedly the third lead.

The gender politics here, not unlike the tone, feel flimsy. There seems to be a pronounced shift from progressive to exploitative at will. One can’t help but wonder what this adaptation might have looked like with a female director at the helm. Issues like emotional abuse and a woman’s right to choose stand out in spats, only to be washed over by a fairly standard “female stands up to male violence with violence” bent, recalling cable stalwarts like Sleeping With The Enemy and Enough.

Not unlike those films, things become fairly obvious as The Girl on the Train moves into its second half though not necessarily unexciting. Rachel’s journey back to purpose or into complete collapse eventually slams against the goofy revelations and woeful concluding narration. Taylor doesn’t bring much of a look to his films, his cinematographer Charlotte Bruus Christensen (who did spectacular work with Far From The Madding Crowd) is wasted in this case, lighting a sometimes-brooding thriller as though it were a stale romantic comedy. The same can be said for accomplished composer Danny Elfman, whose score lacks much of a pulse.

And yet, despite the aforementioned faults, The Girl on the Train feels destined for a long life on small screens, both television and computer, for many days to come. If this reads as a backhanded compliment, perhaps it is. Taylor’s unremarkable thriller is not one that demands to be seen in theaters, but will undoubtedly be seen and enjoyed in that rainy Sunday afternoon kind of way. There’s some comfort in that.

The Girl on the Train opens nationwide on Friday, October 7.