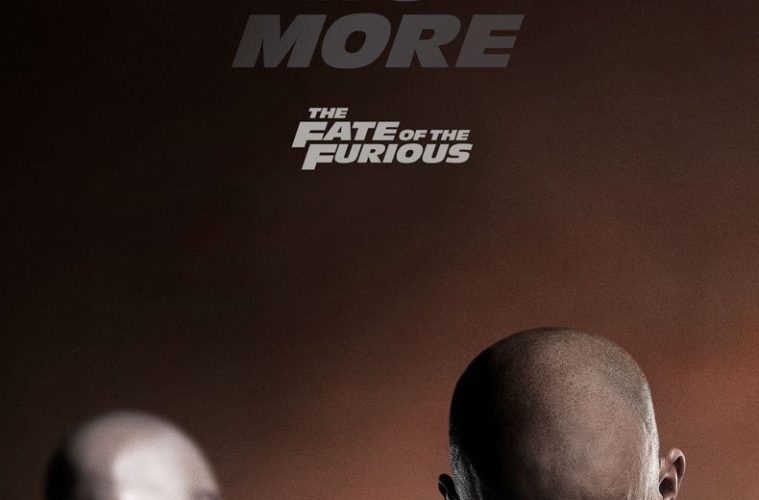 Review: ‘The Fate of the Furious’ Brings the Action (and Fatigue)

For a franchise that is thematically fueled by little else outside of family, eight entries is an impressive milestone, with two more on the horizon within the next four years. A far cry from the Nu Metal soundtrack and decal laden, souped up cars from the first installment, the crew of The Fate of the Furious are no longer small business owners (remember that?) or night crawling outlaws stealing DVD players. Now they’re globetrotting superspies with access to the government’s highest security clearances and a never ending supply of fast cars — who occasionally like to barbecue. The disparity results from 16 years and and four different directors doing what they can to shake things up. Fresh faces, exotic locales, time-jumping, heists, tanks, planes, amnesia — you name it. No stranger to swapping villains into heroes and vice versa, the conceit of turning franchise pater familias Dominic Toretto (Vin Diesel) into its latest baddie is definitely an intriguing one, but it proves a hard pivot for F. Gary Gray and company to make.

Things pick up briskly after Furious 7, with Dom and Letty (Michelle Rodriguez) honeymooning in Havana. Their getaway only lasts so long before Charlize Theron‘s hacker-villain Cipher appears — white girl Coachella dreads and all — to gum up the works. Spoilers aside, what follows is one of the more inane movie blackmail plots in recent memory, but it should suffice to say that Dom resorts to a betrayal he never imagined himself capable of. As Dom does Cipher’s bidding, he wreaks havoc in a way that this franchise has come to promise. The rest of his crew are consistently one step behind, forcing them to trust Deckard Shaw (Jason Statham) a guy they quickly forget killed their dear friend Han just one (or two, or five, depending on how you’re viewing these) movie ago. How Dom, and the film as a whole, navigate Cipher’s blackmail and the subsequent betrayal is the most frustrating flaw in Fate. Scribe Chris Morgan, having written every film since the underrated Tokyo Drift, seems unable to see the forest for the trees here — so content with the intertwining schema he’s created that he can’t help but present its reveals to us in the film’s final ten minutes, illuminating gaping plot holes rather than eliminating them. It puts a dour capstone on what is mostly a serviceable action romp, expelling so much energy on Dom’s cunning and personal turmoil, only to ignore the other great assets these films have picked up after 16 years on the road. Other elements feel tragically wasted, like casting Game of Thrones’ Kristofer Hivju and not have him go toe-to-toe with any of the film’s capable heroes. The even more unforgivable act is casting Theron, a perfectly wonderful actress, action star and stunt driver as your villain, and putting her behind a keyboard instead of a steering wheel. For shame, Mr. Gray.

Then there’s the elephant in the room: Dwayne Johnson. His now infamous, perhaps publicity-driven feud with Diesel feels apparent here, and while it actually seems to add to the film’s more morose tone, it also serves to highlight that Luke Hobbs has become a far greater asset to this series than Dominic Toretto currently is. His entry at Fast Five brought the franchise from semi-decency into full-blown megahit. The same can be said for Statham, as he and Johnson compile the film’s best moments (Note: their sexual tension is rivaled only by that of Steve Rogers and Bucky Barnes in last year’s Civil War). Between a prison break scene as good as any I’ve witnessed, and a whimsically hilarious gunfight, they’re MVP status without question in sequences that are franchise-best.

That’s why Diesel feels like the odd man out, apart from his turn as antagonist. To revisit the first installment is to see an entirely different person onscreen and off. Aside from his physical appearance (in the first one he looks like a skinny college grad student making a Fast and Furious fan film) he doesn’t even speak the same way. What was once actual dialogue is now grumbling platitudes about loyalty and family. After a decade and a half, his screen time tends to suck a bit too much air out of Fate. Perhaps his absence in 2 Fast 2 Furious was less of a detriment to that film than Paul Walker’s general lacking. Perhaps Tokyo Drift was better for it.

While The Fate of the Furious is an unquestionably enjoyable outing, it’s beginning to feel a lot like fatigue on a long-enduring franchise. As unlikely as it may be, perhaps Diesel should concede the driver’s seat to one of the more charismatic leads he’s been smart enough to surround himself with, lest this whole endeavor run on empty to the finish line.

The Fate of the Furious is now in wide release.