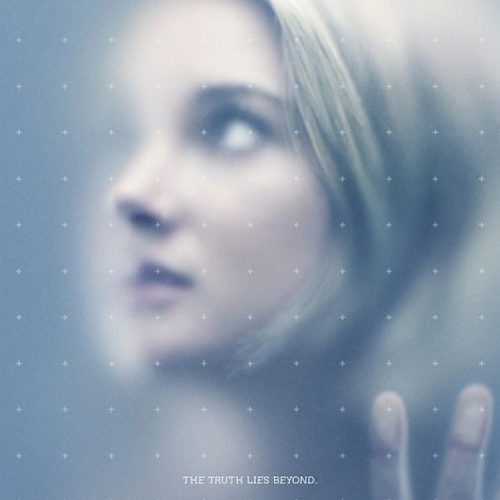 Never exactly the crown jewel in the dystopic cinematic YA pyramid of The Hunger Games, The Maze Runner and The Divergent Series, from the beginning, the lattermost has over complicated intuitive class commentary, presented sub-text as text (rest assured, there is a line of dialogue about wolves and lambs within the first five minutes), and buried a crowd-pleasing story of anarchy in mountains of superfluous exposition.

By the end of Robert Schwenke’s The Divergent Series: Allegiant – Part 1, the third of four interminable installments, it’s clear that that expectation was misguided. The Divergent Series is now the equivalent of re-animated roadkill, a desiccated corpse that’s been revived one more time in the foolish suggestion that the same thing won’t repeat itself.

Allegiant starts immediately where the last movie ended, placing Tris (Shailene Woodley) on the precipice of mass revolution in Chicago as Evelyn (Naomi Watts) takes over with somehow even less internal logic than her predecessor. After a brief moment to deliberate the moral ramifications of extreme action, Watts converts the Chicago judicial system into an assembly line to the execution chamber as known conspirators are unceremoniously given sweet release from this stupid, stupid movie through a hole in their skull.

Horrified by this change, Tris and her friends, Four (Theo James), Caleb (Ansel Elgort), Peter (Miles Teller, barely pushing the entire picture’s BPM over 60), and Christina (Zoë Kravitz), set out to discover the world beyond the wall. For about a minute, it seems like Allegiant could go the route of Mad Max as they end up in a chalky, corroded wasteland that has about the same color palette of The Angry Red Planet.

It’s all set-up for the Bureau though, a sparsely defined research center that’s observed Chicago for years, and pins Tris as the “chosen one.” The transparently two-faced David (Jeff Daniels) is the leader of the Bureau, a group of genetic purists whose philosophies have more than a little in common with one of history’s greatest monsters.

The conspiratorial edge of the bureau is clear from a mile away, but that doesn’t mean that the Chicagoans don’t soon find comfortable niches in the meantime. With his military background, Four finally gets to live up to his hotshot gunslinger reputation. Tris is propagated into a diplomatic role with David. And Caleb and Peter have been enlisted as pilots of the high-tech VR-style surveillance equipment.

Soon, new allegiances have emerged (ugh), and everyone has chosen pre-determined sides in an erupting war between Evelyn and Johanna (Octavia Spencer), who’s rebelling against the bloodshed caused by Evelyn. Still though, the only visual identification for these expanding, splintering factions is whether the members look more like they were outfitted by J. Crew or American Apparel.

And while the most notable aesthetic aspect of the Bureau is that it looks like an architectural colander, it is at least a relief to see imagery that doesn’t feel like a rehash of the muddied faction system. A high-tech location, Tris and her friends play with culturally relevant toys like combat drones, VR surveillance equipment, and get sluiced in a suffocating membrane that could have come out of a mid-period David Cronenberg movie.

But any larger themes like genetic modification are purely lip service to an illusion of depth. And even as sci-fi journeymen like Andrew Niccol have headed in more programmatic directions in recent years, at least he tries to engage with these concepts as more than half-placed wallpaper.

The Hunger Games wasn’t always successful with its articulation of themes about propaganda or hero complexes, but it always engaged with them as more than static performance. Mockingjay, for instance, placed a lot of weight on Jennifer Lawrence’s anguished performance while still making cogent points about engineering an image that panders without being recognized as something fraudulent.

Allegiant fails to ever establish why Tris is worshipped by these complete strangers, explaining huge strands of plot in single lines of dialogue while anguishing over brief progressions just because it has some larger semblance of cinematic involvement.

Sandwiched between David and Four’s characters, this is the rare installment that could have actually used a stronger romantic undercurrent as David neuters Tris to the point of being a near non-entity. The relationship at the center has never particularly evolved beyond “pretty people like having sex with each other,” but even a few more glimmers of light would have helped this hopelessly perfunctory script.

Former series director Neil Berger and Schwentke have both been equally unsuited to the material for opposite reasons. Berger had some sense of streamlining the original’s plot, but it came at the expense of any sense of narrative momentum. Schwentke, on the other hand, has a sense of visual symmetry, building at least a relatively coherent visual architecture (except for the times when he needs to throw in an entirely foreign location) and a moderately paced sense for hand-to-hand combat. Gunfights are still a morass of corny, particle beam effects, and have the same apparent stakes of a paintball game.

But above all of the tiresome, poorly constructed mythology, nonexistent stakes, and presentation of subtext as text, Allegiant’s greatest sin is its total contempt for its viewers. Following in the maddening tradition of every YA adaptation, Allegiant is the first of two installments, and it’s an insult to the word resolution to even suggest that there’s even any kind of satisfaction to the half-performed shrug of Allegiant’s ending. Had this been the final installment, The Divergent Series may have not been held up as a superlative series, but at least it wouldn’t have felt like a stretched-out snuff film.