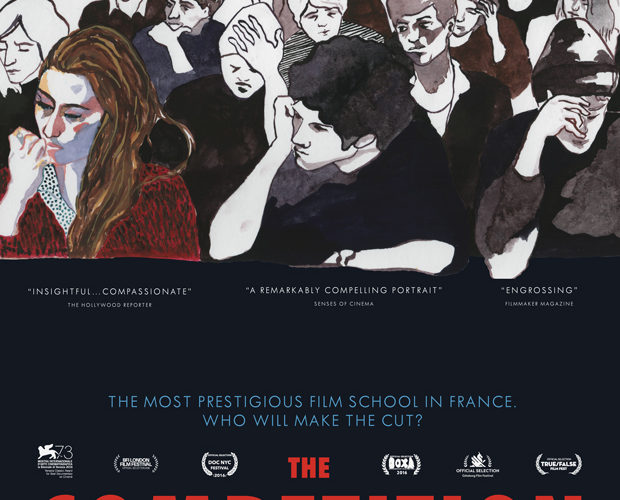 Review: ‘The Competition’ is a Gratifying, Nerve-wracking Look at France’s Top Film School

In the age-old divide (perhaps most evident in the United States) between film production and criticism, crossed by certain pioneers yet often left unbridged, it can sometimes be forgotten just how much the former is a process: not only in the actual procedure of filmmaking but also in everything that surrounds it. More than any art heretofore created, the process is, in all but the most independent or outsider context, explicitly and necessarily a collaborative process, defined by people in various roles that push and pull at each other, influencing each other’s craft in order to create a single film. An even less recognized aspect of this process is both subject and operative principle in Claire Simon’s The Competition, a documentary covering the 2014 application cycle at La Fémis, one of the most prestigious film schools in the world and whose famed alumni include Alain Resnais, Claire Denis, Céline Sciamma, and Arnaud Desplechin.

The application process is notoriously rigorous, involving a three-round elimination that only lets in a handful of the applicants per department (directing, screenwriting, distribution, set decoration, etc.) per round, and is adjudicated by numerous filmmakers and film critics, many of whom went through La Fémis themselves. The rigor is apparent from the jump: the first round consists of a pre-submitted project and a written personal reflection on a film clip, with a three-hour time limit, sadistically enforced by turning out the lights at the end of the session. The clip selection eschews any obvious or dull choice for a sequence from Kiyoshi Kurosawa’s Penance, and process only gets more difficult with the hands-on experience and interview in the second round and the panel interview in the third.

Simon’s approach is one of clear-eyed observation, forgoing any voice from behind the camera to capture the myriad aspects of this process. Aside from a few glancing asides covering the students waiting for an interview or looking at the results–the film opens with the first-round applicants streaming through the iron gates–The Competition is resolutely (perhaps necessarily) concerned with the jurors and panels, letting the extensive debates among professionals play out as they praise or disparage certain applicants and question other’s evaluations.

It should be noted here that Simon herself was the director of the production department at La Fémis and taught there, and the embeddedness of her camera–which mostly focuses on faces, frequently panning back and forth on a tripod between candidate and judge–becomes very evident at times. The adjudicators can be and often are incredibly cutting or argumentative in their remarks, and much of the joy of the film can be found in not the explicit competition of the application process–which is referred to multiple times in the film as such–but in the implicit competition of the jurors. Given the strict quotas imposed on each round and the final acceptance rate (for instance, only six people are ultimately accepted into the screenwriting program), the various members tend to argue that much more strongly at every level for or against certain applicants. For most of these deliberations, Simon includes at least a portion of the interview beforehand, thus implicitly allowing the viewer to create their own view of an applicant’s suitability or lack thereof that sometimes clashes with the assessment onscreen.

What emerges is a distinctly unfiltered cinephilic and French sensibility; it’s hard to imagine a more summative image than all three evaluators in a panel taking a smoke break on a balcony between candidates. Simon explores the extent to which both student and juror care about film, the occasional myopia when it comes to certain advisable standards of political correctness, and the casual way in which some hilariously denigrating remarks can be made. The Competition is thus both gratifying and nerve-wracking; a look into a world where a genuine cinephilia, obsessed with the possibilities and pasts of film and not just whatever “content” Netflix uploaded in the past week, acts as a motivator and guiding force, which so often leads to rejection.

The Competition opens on February 22 at Metrograph and expands in the coming weeks.