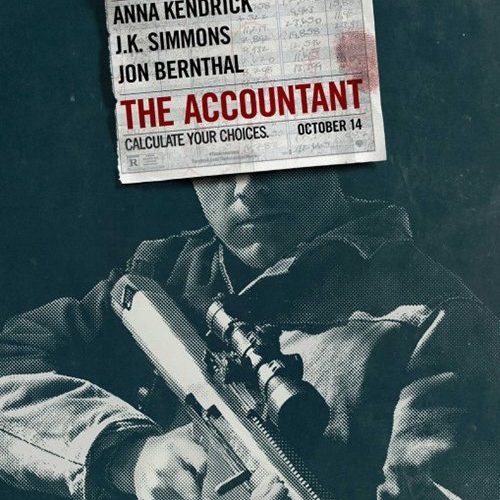 That The Accountant is written by Bill Dubuque, the same man who gave us The Judge, makes so much sense, and about halfway through it becomes clear how far this film’s reach will exceed its grasp.

Similar to the aforementioned Robert Downey Jr.-starrer from a couple of years back, The Accountant, starring Ben Affleck and directed by Gavin O’Connor, wants to be about everything. This type of movie — the adult drama — feels more comfortable on the small screen these days, with more time to expand and garner a niche audience. On the big screen, there’s more at stake and a smaller window for success. The result, then, appears to be a tiny sampling of mid-sized pictures each year that often try to do far too much in an effort to appease everyone.

Affleck stars as Christian Wolff, a small-town accountant with high-functioning autism. He’s likable at first glance — at least until he attempts to socialize. Evading eyes, blunt honesty, and a handful of ticks emerge as his defining characteristics. That is, until we learn what Christian does on the side: adjust the books for all manner of evil men. He’s also a superhuman fighting machine, sharpshooter, stealth warrior… the list goes on.

Flashbacks to our anti-hero’s conflicted upbringing answer some of these questions while posing a hundred more. What starts as a crime drama about a retiring (of course) treasury director (J.K. Simmons, doing his thing) attempting to track down this mystery man, and as assisted by a young agent (Cynthia Addai-Robinson), becomes a corporate conspiracy thriller, becomes a gun-happy action film… this list also goes on.

Jon Bernthal stands out as a fun, psychotic hitman while Jeffrey Tambor gets lost in the shuffle as the wise old convict / father figure who tries to teach Christian how to act “normal.” Same goes for the great John Lithgow, who is playing a, let’s say, strangely motivated character. The narrative twists and turns and bends and breaks to a conclusion that, somewhat ironically, puts emotional connection above everything else, a late-in-the-game piece of sincerity that struggles to congeal with what came before.

There’s an abundance of laughs throughout, both earnest and otherwise. Affleck’s performance is comically monotone, and he knows it. His handful of exchanges with the chipper Dana Cummings (Anna Kendrick) are some of this film’s highlights. Take one in which these two accountants geek out over the missing millions of dollars that spell potential doom for their company. But they do not care; it’s the numbers that stand out for them. This is a nice moment. As for the “genius autistic accountant does a lot of math and writes on glass” montage that comes before it? It’s funny! Is it meant to be? Does it matter?

To this writer, enjoyment is enjoyment. Whether laughing at or with The Accountant, the smile’s the same. For every moment that feels overly self-serious, there are two that promise this thing’s some kind of pop-schlock classic.

The Accountant will open on Friday, October 14.