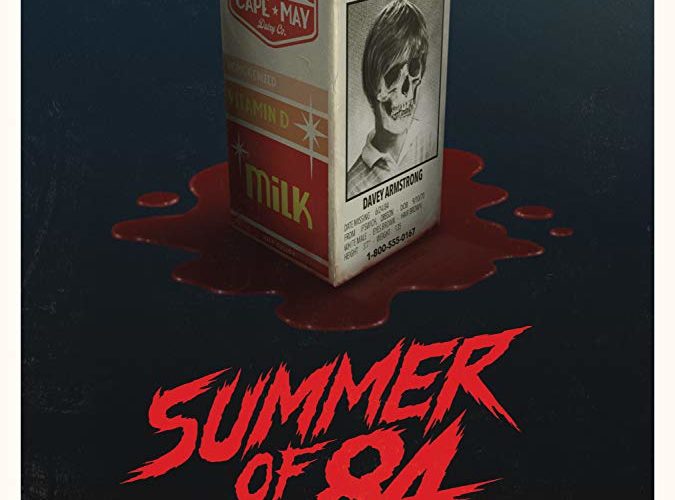 Review: ‘Summer of ’84’ is a Nostalgic Trip Capturing Youthful Discovery

At its height, Summer of ’84 sings like a sandy page-turner you end up finishing in the fall, with the wind swirling and mischief night just around the corner. Directing triad François Simard, Anouk Whissell, and Yoann-Karl Whissell (Turbo Kid) capture the sensations such wind would stir up within their first two reels; Summer of ’84 sports a mixture of youthful excitement and unease, where the hair standing up on the back of your neck signaled both. When high schooler Davey (Graham Verchere) suspects his neighbor (Rich Sommer) is a serial killer targeting young boys, he convinces his pack of buddies to engage in that most iconic summer treehouse activity: the stakeout. As the gang inches closer to the truth, the steely hands of maturity reach back to remind them that no matter how hard they try to be young forever, some events will force them to grow up.

Summer of ’84 recalls a blend of Rear Window (though it lands closer to Disturbia) and the Recess: School’s Out movie with its evil scientists. It’s all filtered through suburban summer nights, mixed with warm and eerie nostalgia of sleepovers and neighborhood-wide games of manhunt, where the most important things in life happened after dinner. Yet grumbling under the vital nature of communal antics is the feeling of hope that tonight could be the night; it could be the time when you and your buddies stumble upon something worth investigating, or the night your heart could explode. And though you don’t really know it yet, it’s a representation of yearning for more from all this.

The film certainly captures that feeling of being on the edge of the cliff, and that the plummet or the landing could lead to something bigger, something that just splits the whole world open — and not broken bones and death. So it’s all the more saddening that sometimes the hunch doesn’t pan out, or if it does, it leads to the realization that finding a monster in your closet was only an ‘a-hah!’ moment until it shows its teeth and rears its head back to strike. Then it’s just terror left, something raw that you hadn’t yet realized life would throw your way. In the end, confirmation of something horrible isn’t exciting, only the hunt before. Like talking about something during the day with your friends, then thinking about those things alone at night. In these moments of rumination, Summer of ’84 shines its brightest by cutting its deepest.

To capture this balance of comfort and anxiety, cinematographer Jean-Philippe Bernier coats environments with warmth and wind, mist and shadows. The neighborhood is vibrant, but not wholly friendly. This is encapsulated at the kid’s homes, too, which represents safety and the culmination of a night well spent, but also domestic trouble and the kind of sadness they can’t escape. In some cases, zooms replace traditional cutting, often landing on foreboding images, and perhaps emphasizing the surge of a hot summer that ends on a cold plunge. Perpetuating the retro, synth-soaked depiction of childhood before cell phones, the score (co-composed by Bernier) encapsulates an effective if generic embodiment of youth.

The directing trio performs a tonal balancing act that occasionally sidesteps, teetering on the edge of disunity and threatening to break its spell. For some, it will plummet into the well of “tonally misguided,” and I won’t make the case that any failures to maintain a tone speak to the inherent erratic nature of its youthful leads. Instead, I’d say they’re chalked up to minor offenses, perhaps better left to a slap on the wrist, when the more serious crime would be running a bit too long.

Because where Summer of ’84 struggles is in its final third. After its momentum begins to chug, it sets in motion a series of story turns that aren’t unnatural, but feel forced and more frustratingly obvious. Here, Summer of ’84’s pacing issues, and the bind of requisite action, prohibit a trajectory less taken that would have perhaps been more satisfying. Nor do all its jokes land, but should they? They’re banter from the mouths of kids spurred on by hormones and idiotic fantasies, caught in an unquestioned urge to mess around and a half-understood need to misdirect the troubles they face at home.

In its close, Summer of ’84 recycles a voice-over which opened the film. But now it’s re-contextualized, just like those who are changed by a single summer, or a single night. Trauma can be the sting of circumstance caked over by the thin glaze of time, threatening to peel away at any moment. Youth might not mean your years here on Earth, but dictated instead by how much shit you’ve waded through. Enjoy summers while you can.