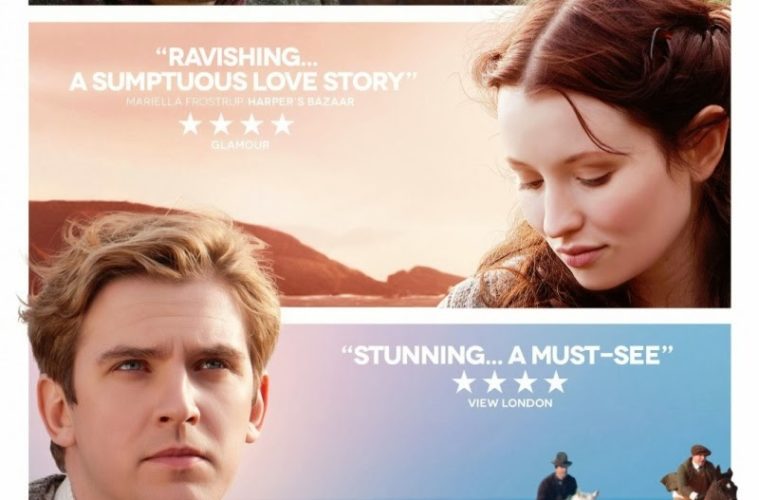 It seems as though Dan Stevens will never escape early twentieth-century England. After three seasons of playing Matthew Crawley on the hit BBC television series Downton Abbey, he transitions to the big screen for Summer in February, a British period drama set during the years leading up to the first World War. If only his typecasting came at the expense of a better film.

Stevens co-stars alongside Emily Browning and Dominic Cooper to dramatize a real-life love triangle that rocked a seaside artists’ colony known as the Lamorna Group. Based on the eponymous book by Jonathan Smith, Summer follows the ill-fated marriage between the ethereally beautiful Florence Carter-Wood (Browning) and famed painter Alfred “AJ” Munnings (Cooper). Caught up in their disastrous union is Gilbert Evans (Stevens), an army captain and land agent torn between his friendship for AJ and his love for Florence. Unable to deny their true feelings, Gilbert and Florence soon embark on an affair that has tragic consequences. Although the film has biographical material to rely on, it instead chooses to strip its characters of any complexities, leaving only romantic caricatures. The real Munnings was a celebrated and well-respected artist, yet here he’s portrayed as an egocentric jerk whose temperament shifts from charismatic to abusive and rape-y with no bumps in between. With all the forlorn, doe-eyed expressions she can muster, Browning plays Carter-Wood as a down-trodden Dickensian heroine irrevocably bound to her bastard husband, yet the film never makes a case for her situation. At first, her whirlwind courtship with Munnings looks like an obvious act of rebellion against her well-to-do father, a man she describes as a tyrant, but who, once onscreen, seems perfectly agreeable. When Gilbert finally asks Florence why she stays, she supplies the frustrating answer “I’ve made my bed. Now it seems I must lie in it,” making her the Victorian era version of an irrational emo girl. As opposed to discovering the motivations behind her self-imposed misery, or AJ’s mercurial nature, the film seems content to keep its characters undeveloped, which contributes to an unconvincing premise.

The performances are but one eye roll-inducing aspect of a period drama so generic and formulaic that it verges on parody. After all, this is a movie in which a woman attempts suicide – on her wedding day, no less – by swigging poison and then fainting theatrically into a man’s arms. Instead of quelling the melodrama, director Christopher Menaul only enhances it by indulging in a number of jarring, over-the-top camera techniques. In one of the more glaring moments, Menaul communicates Florence’s shock at seeing the portraits of AJ’s mistresses – among which her likeness hangs – by closing in on her face using the dolly zoom effect Steven Spielberg immortalized in Jaws. Traumatizing as it may seem, a husband’s brazen infidelity hardly compares to witnessing a shark attack. However, it soon becomes apparent that AJ’s womanizing plays second fiddle to his extreme infatuation with horses. In multiple scenes, he’s shown riding his white steed along the Cornish coast or depicting the majestic creatures in his paintings – he even keeps an English riding saddle in his studio. While the choice was meant to explain Munnings’ equine-centric work, it only serves to distract from the plot, albeit in sometimes hilarious, sometimes misleading ways. An argument between Gilbert and AJ turns ugly when the army captain, knowing his friend’s weird predilection, reveals that he and his regiment avoided starvation in the desert by eating “horse soup.” I, of course, laughed at this.

Summer in February is now in limited release and in theaters.