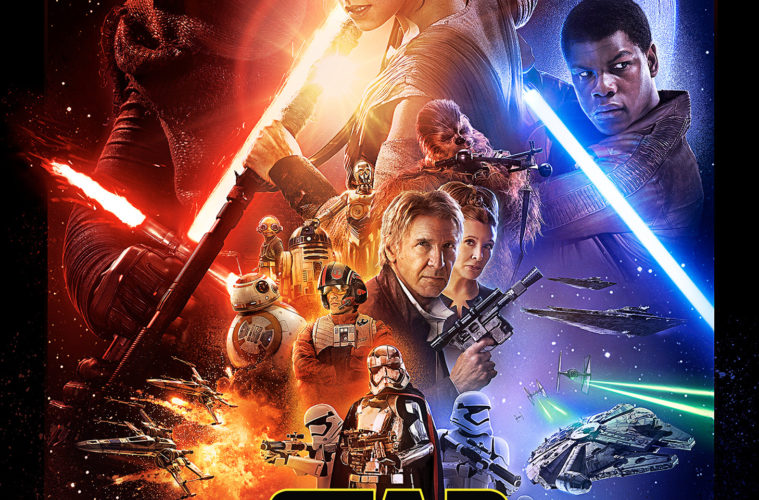 If Disney spent their $4 billion wisely and Star Wars really is here to stay, there will be only so many opportunities to begin on fresh ground. J.J. Abrams and Lawrence Kasdan might have planted their feet as well as possible when their opening text crawl, all set to that iconic theme, gets us up to speed with these four words: “Luke Skywalker has vanished.” It’s hardly a spoiler to say that, yes, Mark Hamill‘s now-legendary Jedi will appear before us — visibly older, somewhat weathered, a bit paunchier, and with the more-salt-than-pepper goatee that tells us we’re in the presence of a wise man — before this seventh episode irises out of its action and into the countless installments that are sure to follow. For as much as the material surrounding it can lack the fortitude to truly stand on its own, it’s this through line that finally dispels the notion of a two-hour fan service, and those stretches during which it goes into uncharted territory manage to surprise expressly because of the old tales — those of a pop-culture institution as well-known as any in the history of art — it’s building from. Star Wars: The Force Awakens is not a great film, but it flirts with that designation far more often than this lapsed fan could have ever expected. If, on a creative level, what’s contained herein is ultimately the planting of seeds that will continue growing two, four, or forty years down the line, I suspect this franchise is in its best-ever state. How fortunate that it also stands alone as a good time at the movies.

My eyebrow raised when Disney requested that critics not concede any major story details in their reviews, no matter the extent to which I can sympathize with the desire to enter an anticipated work entirely fresh. As it so happens, the biggest spoiler for The Force Awakens — other than flat-out describing the events scene-by-scene — is a familiarity with the larger Star Wars saga. This is, after all, a series whose narrative is built upon the notion that stories told across several films can be like poetry, where every stanza kind of rhymes with the last one, and Abrams has rightfully earned a reputation for (often liberally) quoting from the properties he’s sequelizing, rebooting, or pastiching. There are certainly instances in which that mixture of tradition and tendency hobble the picture’s credibility, just as there are instances in which the result — a combination of in-the-moment portent and the contribution to larger-scale mythology — clearly elevates an otherwise straightforward Star Wars narrative. This is as much a continuation as a commencement. What has happened before never truly ended, and what is happening before our eyes will never truly conclude.

The good news is that we’re taking this next step with a group of fresh faces, the central quartet being the finest cast in Star Wars history who, through Daisy Ridley, John Boyega, Adam Driver, and Oscar Isaac, are backed by its greatest set of performances. (Yes, I can hear you whisper “low bar” from over here.) And whatever fears that their front-and-center placement might begin a game of waiting around for familiar faces to show up are quickly displaced when it quickly becomes clear that this desire and curiosity is at the center of The Force Awakens’ plot. (Please don’t crow about spoilers. A plot-driven movie doesn’t begin the long-awaited follow-up to a 32-year-old predecessor with “our hero has vanished” and not make that the key conflict.) If audiences are willing to indulge in the suggestions and possibilities of that story, the process of following newcomers through its path makes this the first Star Wars picture that, to my eyes, is genuinely relatable, and I can’t quite believe those words are going from my brain to my fingers to the screen in front of me.

An entire movie could be sustained solely with Ridley’s Rey (a poor, lonely scrap scavenger on the don’t-call-it-Tatooine desert planet known as Jakku), Boyega’s Finn (a wayward, disillusioned Stormtrooper in the don’t-call-it-the-Empire bad-guys outfit known as the First Order), Driver’s Kylo Ren (the First Order’s don’t-call-him-Sith lightsaber- and Force-wielding antagonist), and Isaac’s Poe Dameron (a trusted pilot in the don’t-call-it-the-Rebellion good-guys outfit known as the Resistance) at its head. There’s an unknowability and blankness to these characters that would most often register as a fatal flaw; one of the smartest decisions that Abrams and Kasdan have made is allowing their actors to fill in those blanks, going hand-in-hand with the sense that a new world is being opened before us.

Well, in three out of four cases. Driver has been saddled with both an obscured appearance (modulated voice included!) and the weight of advancing a narrative’s legacy, the only real reason for which is that it simply wouldn’t be Star Wars if a new character wasn’t part of that continuum. He handles the former with aplomb, having been handed a part that plays heavily to his strengths for depicting vulnerability and confusion. There’s a fresh balance to the hero-villain dynamic: we’re now working with a story that doesn’t relegate all of its human beings to a single side.

This is one of the last fresh-seeming things that The Force Awakens’ screenplay has in its back pocket, and it’s that latter requirement of Kylo Ren’s that signals where this work mishandles its possible paths. It begins elsewhere, however: as nice as it initially is to see Harrison Ford step back into Han Solo’s shoes — and as satisfying as it is to see him pull off the transition from wholly sarcastic rogue to semi-sarcastic fighter, and no matter the smile that crept across my face when he and then-Princess, now-General Leia are first paired together — his presence connotes deflation: when the angle shifts towards him, the movie begins telling us about how much we loved one guy rather than letting its new players develop their presence.

Why this again? Why divert from the power of extant scenes, interactions, consequences, and other forms of action to focus on skirmishes that have no weight? (This is to say nothing of a slack tempo created by the film’s editing, in which ground-level scenarios and sky-high fights are blended together to make unclear where and how respective scenarios are playing out in their own right.) For stories that are set across a vast expanse and can allow its screenwriters to invent just about any possible scenario, should we really be watching something play out essentially for the third time in seven films?

Yet Abrams and cinematographer Dan Mindel can give a well-established world some new visual coating, or at least a visibly contemporary sense of movement and rhythm. Harnessing a balance between the classical length-pattern sense of the original trilogy’s images with the why-don’t-we-careen-the-camera-over-here-now mindset that marked the director’s Star Trek reboot, they’ve crafted a movie that can accommodate, for instance, the rather relentless, familiar, nevertheless pleasing John Williams score without adhering strictly to what, for better or for worse, is Star Wars’ house style. This celluloid-shot, Dolby-mixed picture is almost always a sensory pleasure — even if nothing can save an interminable cantina scene right at the start of the second act, and despite Lupita Nyong’o, motion-captured or otherwise, there bringing something new to the table — and the clearest flourishes (camera swirls, canted angles, some killer cutaway gags) are distinctly Abrams-esque. Would that the man gave himself more time to play in this world and leave the mythology-weaving to whoever comes next.

Which finally brings me to Luke Skywalker. I’d dare not give away how fans will meet him again, so I’ll instead commend the means through which it’s done — the one direct tether to episodes of yesteryear that doesn’t ring as a nostalgia trip. That’s underselling it to an extreme degree, though: this is the ultimate in anti-pandering reveals, one marked by a brilliance that lies precisely in how it fuses past, present, and future into the most intriguing conclusion this franchise can lay claim to.

I could very well be wrong. Perhaps the ways in which things carry forward will undo the goodwill that’s been accrued in one go. It certainly wouldn’t be the first time a Star Wars movie has been compelled to create a clean path rather than forge new territory. But here’s a movie that, for all the ways it stumbles in bringing things together when they need not be joined, does, in fact, make what’s old feel new again. The Force Awakens more directly succeeds as a beginning, and now that Luke Skywalker is no longer missing — more crucially, now that Ridley, Boyega, Driver, and Isaac will be in his orbit — the future seems bright. God help me — I’m interested in Star Wars again.