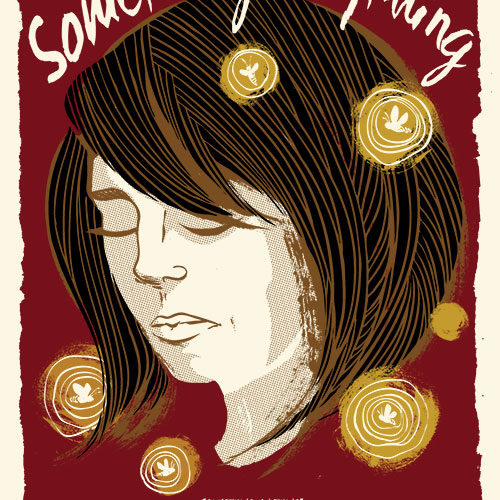 Don’t let the generic title fool you. Paul Harrill’s Something, Anything gently tells its story through detailed specificity. One might not be able to place the film’s location—suburban Tennessee—until a sign notes the area maybe halfway through the film, but Harrill uses the film’s cultural touchstones to slowly locate the life and turmoil of Peggy (Ashley Shelton), the protagonist of this quiet drama. Turmoil might not be the best word, however, because Peggy’s crisis is less dramatic than simply a search for serenity. This provides Harrill with an enormous cinematic challenge: how does one portray the crisis of a person who is simply looking to create a new outlook at life?

Thankfully, Harrill navigates this tricky territory without falling into large or small clichés. The film begins with a montage that quickly fills out Peggy’s life with a quick succession of cuts that establish this Southern belle with her great job and marriage. Even in these early shots, Harrill establishes a visual rhythm that focuses on human gestures, and especially on using hands to communicate their feelings (which, along with the focus on spirituality, has led to comparisons to Robert Bresson, though I feel George Cukor might be more apt). More than their human features though, Harrill is a director of spaces, and much of Something, Anything follows Peggy as she tries different spaces after the miscarriage of her child leads her to question her life. She slowly moves around, from her first home, a monastery in Kentucky, and to the home of a lost friend. The film’s muted cinematography by Kunitaro Ohi allows the shadows to expressively fill the voids Peggy’s glances search through. Harrill’s emphasis on spaces as a place of living leads him to navigate the recent housing crisis without it ever feeling like an easy peg. Peggy’s real estate job leads her through a witnessing of foreclosures as well as her own employment. Harrill subtlety underlines the idea of security of life, knowing and understanding your place, is ultimately her crisis.

Harrill’s vision for Peggy, who then changes her name to Margaret (the name on her birth certificate), is not to expand her life and search outward, but instead to become more inward and reflective. And while there is a road trip aspect to the film, it moves toward a life of solidarity instead of one of grand gestures. With only a few missteps—a baby shower in the middle of the film feels just a bit too obvious in highlighting the difference between Peggy/Margaret and her neighbors—even the film’s more heavy plot points toward the last third are more understanding than contentment. Shelton’s performance is largely to thank as well, as she uses her eyes to speak for her, often simply listening to others as she searches for understanding.

This is Harrill’s debut feature, though his two previous shorts, Gina, An Actress and Quick Hands, Soft Feet (which featured Gretta Gerwig), were well received. It’s the kind of micro-budget independent cinema that actual feels crafted instead of programmed for a festival audience, infected by its local cultural touchstones while never becoming a travelogue (though the film’s penultimate scene among fireflies is a gorgeous vision of a world rarely shown). “Every day is a choice,” an abbot tells our protagonist. Something, Anything doesn’t view Margaret’s crisis as some enlightening journey nor a tragic downfall; instead it simply sees it as transition, a search for something smaller but more meaningful: contentment.