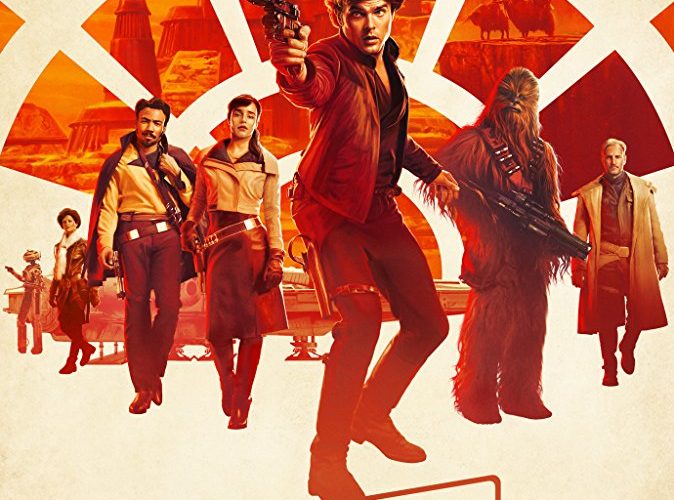 Review: ‘Solo: A Star Wars Story’ is a Rollicking Adventure Hindered by the Bad Habits of Fandom

I’d be curious to see how Solo plays out to the casual observer. Ron Howard’s sci-fi jaunt is rife with “Oh look!” moments that track for anyone in the know (which is a large swath of the audience, but still), but lack significance or context when viewed in a vacuum, or even chronologically. The second entry in Disney/Lucasfilm’s likely endless Star Wars Stories after 2016’s Rogue One, these auxiliary tales are starting to look less and less like true standalone efforts, picking up the bad habits of one too many convenient tie-ins from their MCU cousins.

The spirit of the thing, however, is much appreciated. Father/son writers Lawrence and Jonathan Kasdan lay the bones of a rollicking western propelled by an old-school gangster flick. It’s a medley complete with thrilling train robberies and shady poker games, half-baked heists and sinister mob bosses. Howard’s a safe and steady hand at the reins if ever there was one, but he’s sometimes transparently holding the film together at the seams of all these elements. Certain supporting characters are dispatched before they’ve barely registered, victims of a film production far more nefarious than vile gangsters or laser blasts. One sees the merit in eliminating familiar faces moments after they’ve been established, but the expedience here feels like patchwork at parts, rather than stake-raising.

Despite its well-publicized production woes, Solo still remains a satisfying entertainment delivery system. Sequences and scenarios play out that are the stuff of long-standing franchise lore, supplying the now expected fan service while also treating us to a handful of stellar set pieces hitherto unseen in the galaxy far, far away. The over-abundance of hat-tipping in-jokes threatens to drown out the playful cheek on display, with beats that feel designed to do little more than elicit smirks on the mouths of fans. Once a kid who smashed together Kenner action figures playing out the Kessel Run, I’d be lying if I said it didn’t work more often than not, but a series of reward-center dopamine rushes does not a movie make.

At best, these winking moments provide a refreshing enrichment to new ideas about this universe the initiated previously assumed as fact. At worst, they serve as needless throwbacks to films that (chronologically speaking) haven’t happened yet. The blatant disregard for the unenlightened viewer is the film’s biggest faux pas, and makes Solo feel like a manifestation of fandom’s worst tendencies. Thankfully, in spite of these instincts, the film’s leads manage to endear any viewer enough to enjoy the two-hour stint with them.

As said leads go, frankly, Alden Ehrenreich was never going to make it out of this in one piece. While many are sure to shriek at the fact that he’s not Harrison Ford, he was never going to be, and that’s okay. What he manages instead is impressive in a way, channeling some swagger and shit-eating arrogance, peppering Ford in without impersonation. It’s a treatment of the character that understands him as a bit of a loser and a cad, rather than the lionized scoundrel our memories have turned him into. That his performance as the affable anti-hero had to be funneled into Ford’s is cause for lamentation that he couldn’t have done so in another film far removed from the Corellian smuggler. He’s a sacrificial lamb at the altar of childhood fantasy, up against impossible odds that he’ll never be told.

The flipside sees Donald Glover, who rides a presumably inexhaustible wave of goodwill through his cape-clad turn as Lando Calrissian. Like Ehrenreich, he invokes Billy Dee Williams through some purring line delivery, but little else, and is better for it. Their collaboration is where this thing soars. Bolstered in no small part by his woke droid co-pilot L3 (an enjoyably smug Phoebe Waller-Bridge), Lando’s smooth-operating gambler plays on Han’s alpha insecurities in an amusingly meta way, as if the two were acutely aware of all the nice things Twitter says about Glover between takes. The frenemy-ship between the two is among the film’s best assets, and both actors gel in a way that makes the film’s less consistently pleasurable moments easier to ignore.

It’s the inconsistency under the surface of Solo that stunts its growth into a piece of this universe worth actively revisiting. Ron Howard manages to wrangle familiarity and charm into enough whimsical adventure to make for decent escapism, but the question of leaving a memorable mark may be another matter entirely.

Solo: A Star Wars Story is now in wide release.