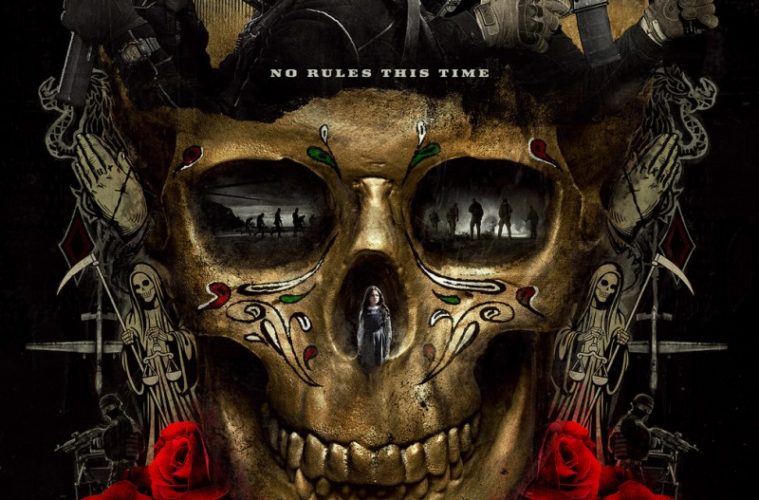 Review: ‘Sicario: Day of the Soldado’ Runs with Efficiency, But Not Nuance

In spite of its laborious title, Sicario: Day of the Soldado barrels through with an almost alarming simplicity. Taylor Sheridan’s follow-up script to the 2015 sleeper hit runs with efficiency, but lacks nuance. The film (now helmed by Stefano Sollima) boils itself down to assuredly taut action sequences and a pair of effortless performances from the two returning leads, but the four missing tenets of Denis Villeneuve, Emily Blunt, Roger Deakins, and Jóhann Jóhannsson leave an absence as stark as the film’s desert landscapes.

After leaving us in a “land of wolves” back in 2015, Soldado opens in a semi-fictional world only slightly more tolerable than the one we currently inhabit. After a botched border crossing, and harrowing suicide bombing — both perpetrated by ISIS, with the aid of Mexican cartels — the film appears to check the boxes of “dangerous outsiders” coming just shy of fear-mongering. Cue the return of Matt Graver, Josh Brolin’s steely, Croc-wearing, federal agent fixer, who recruits Benicio Del Toro’s ever-grieving lawyer/assassin Alejandro to respond to these threats in kind, sparking a war between cartels. And so continues the adventures of two characters seemingly bound for grocery store paperbacks. That’s not a dig, it’s just a wonder that Graver isn’t a recurring character across twenty misadventures penned by Lee Child or a Tom Clancy surrogate. Their dynamic in the film hinges entirely on any number of exploits they’ve undertaken in and around these films, hinting at a tight bond we’re only ever explained rather than exposed to.

Del Toro and Brolin are the bones of Soldado, and its best assets, but there’s little other muscle or heart to fill this thing out. While their black ops buddy routine is just enough to make you occasionally forget that Del Toro murdered innocent children in the last film, there’s now a vacuum where Emily Blunt’s Kate Macer used to be, making their no-holds-barred tactics less palpable without someone actively confronting them. Including resident bureaucrats Matthew Modine and a criminally underused Catherine Keener, everyone in this film is an operator with a murky moral compass, and rules are in short supply south of the border. While a certain dose of nihilism is par for this burgeoning franchise, it certainly makes for a grim fucking time at the cineplex.

Such a tone is not foreign to Sheridan’s neo-western output. The world is run by terrible people who do terrible things, and if you don’t want to get swallowed whole, you’ll need to be a little less terrible. Soldado is at its best when presenting its two stone-cold leads with the germination of a conscience, but it sets up their circumstances with a few too many broad strokes to make the sentiment register in any earnest fashion. It doesn’t necessarily play like a first draft, and no one at here is phoning it in, but they all deserve a better than what amounts to another crack at Shane. Compounded with some oversimplifications of the U.S./Mexico border turmoil, the result isn’t astute enough to add anything of great significance to the conversation, but at least wears a decent thriller on its sleeve.

For all his competent and confident staging, perhaps a steadier hand than Sollima’s could have steered the script to a place where some emotional payoff feels rightly earned, or coalesced Sheridan’s takes on the immigration crisis into a more cohesive, singular point. As it stands, it seems the helmer is slightly more interested in stringing together some tightly wound setpieces than he is the characters in the thick of it. Were it not for Del Toro’s second excellent turn as the most world-weary assassin this side of John Wick, Sicario: Day of the Soldado might only register as the made-for-streaming action thriller its title and marketing imply. It manages, however, to barely be a cut above anything expected out of an unnecessary sequel.

Sicario: Day of the Soldado is now in wide release.