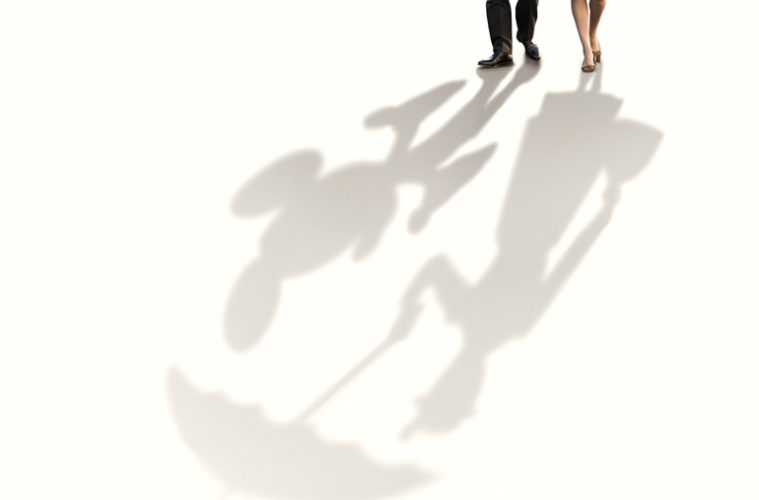 Saving Mr. Banks, directed by John Lee Hancock, has a top-notch cast and top-notch production values, not to mention a beautiful score from the great Thomas Newman, as well as superb lensing from John Schwartzman.

Sadly, the story being told never reveals itself to be much more than a semi-intriguing recount of getting a very particular author, P.L. Travers (Emma Thompson), to sell over the creative rights of a beloved book to a wishy-washy rendering of mogul Walt Disney, played here by Tom Hanks.

The book is Mary Poppins and the story is mostly true. Although, it too often feels like the type of “based on a true story” that’s really based on very select parts of a much more deep-seeded, complicated story. In this account, Travers is an aggravatingly principled woman with no tolerance for the business part of art. And from the moment she meets Mr. Disney, that’s all she sees in him.

Hanks’ Disney is grand and friendly, the kind of CEO one can only dream of. He’s creative and business savvy and he’s endearingly kind and he loves his daughters and he only smokes within the confines of his office because he doesn’t want to promote bad habits. He’s too good to be true. As is Hollywood, which is presented here as a mostly amazing place. Soon enough we realize that this is the kind of film with no bad guys.

The closest thing to an antagonist is the past. Nearly half of the film is made up of flashbacks that explore the tragic happenings of Travers’ childhood, acts that resulted in the creation of the magical nanny. Colin Farrell does good, reliable work as Travers’ father, a doomed dreamer with a penchant for drinking and letting his mind wander instead of putting in a day’s work. His sense of imagination is passed onto his daughter, while his long-suffering wife (Ruth Wilson) is forced to call on Aunt Ellie (Rachel Griffiths) to attempt to bring order to their home. That Mary Poppins represents a relic of Travers’ real past – which the author so dearly wants to hold on to – seems obvious from the outset. So it feels monumentally contrived when that fact is used as something of a reveal for Walt and his band of creative cohorts. There is a lot of tricky narrative positioning in the script, from Kelly Marcel and Sue Smith. And while it works in building momentum throughout and allowing for something of a catharsis for the Travers character, it too often feels so manipulated that it’s tough to keep your eyes from rolling.

Hanks is mostly wasted in his unbelievably saccharine turn as Disney, while B.J. Novak and Jason Schwartzman put in strong supporting turns as the music-composing Sherman brothers. Paul Giamatti also appears as Ms. Travers’ overly-joyous courier, offering a welcome amount of heart to the proceedings.

Last but not least is Thompson, who is truly wonderful as Travers. She is a treasure of an actress almost always, lest we ever forget. It’s a shame her performance takes place within this Disney-produced pat on the back.