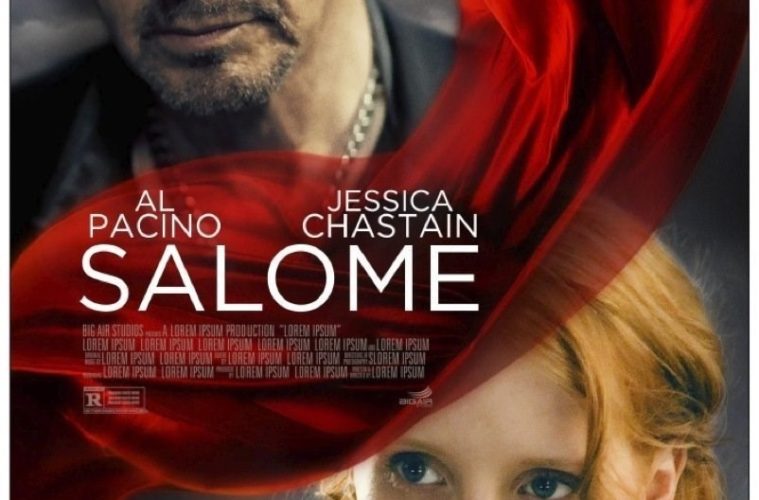 Over the last half century, Al Pacino has revealed himself to be – quite objectively – one of our greatest performers, both on stage and screen. Along with his incredible success in film, the man has remained consistently present in theater and enthralled by those playwrights who’ve come to define it. In 1996, he made his directorial debut with Looking For Richard, an engaging documentary that explored the actor’s fascination with Shakespeare as he prepared, performed and filmed select scenes from the play “Richard III” with the likes of Alec Baldwin, Kevin Spacey and Winona Ryder. While a bit messy and thin in its execution, the documentary feeds off the passion of its filmmaker.

Two decades later, Pacino’s exploring Oscar Wilde and his play “Salomé,” a tragedy written in 1891 and adapted from the biblical story of the titular stepdaughter of King Herod, who demands the head of John The Baptist on a platter after he rebuffs her advances. Vastly different then the bulk of his work, “Salomé” was controversial upon its initial release, eventually premiering while Wilde was in prison in 1896. By 1900, the playwright was dead. Though adapted since, it’s a bit of a lost work to the general public.

Wilde Salomé is an ambitious documentary that bites off more than it can chew, and quite knowingly. In ninety-five minutes, the film captures Pacino’s attempt to put on a staging of “Salomé” at the Wadsworth Theatre in Los Angeles (all the way back in 2006), explore Wilde’s tumultuous life, and ultimately examine/acknowledge the folly of the whole process. Simultaneously, Pacino directs a filmed version of the play (directed by Estelle Parsons) with the same cast in the hours before each night’s performance. This movie is titled Salomé, and stars a very-young and in-the-process-of-being-discovered Jessica Chastain. Pacino plays Herod, offering up a strange, big and memorable turn. Though it be the lesser of the two films, it’s a nifty dessert to the full meal that is Wilde Salomé.

Lensed by Benoît Delhomme, the staging and aesthetic is purposely limited, which does well to hone the focus on Chastain’s fury of a performance but often feels like not quite enough. As a companion to the documentary, it is the fascinating result of what Pacino himself seems to consider a creative failure. Without enough shooting days to properly capture the play and not enough rehearsal days to fully prepare for each night’s show (at least as according to Parsons), the actor/director laments the need for money, for time in making art. In fact, he appears most alive discussing Wilde, visiting various locales that connect to the man’s life and discussing his contributions with scholars, writers and historians alike.

One of the most interesting – and endearing – details of Pacino the filmmaker is his directing of acting. He talks at length and with energy about Wilde and his interpretation of these characters from the bible. When asked by a journalist if he’s purposely playing Herod with a touch of pansexuality, Pacino replies “of course!” then walks off. On more than one occasion, we watch his eyes widen and whole body react with glee as Chastain tears into her lines as the titular Salomé. Not unlike the man himself, it is both exciting and exhausting to watch all of this come together, and that alone is worth the journey.

Salomé and Wilde Salomé are now playing at Quad Cinema.