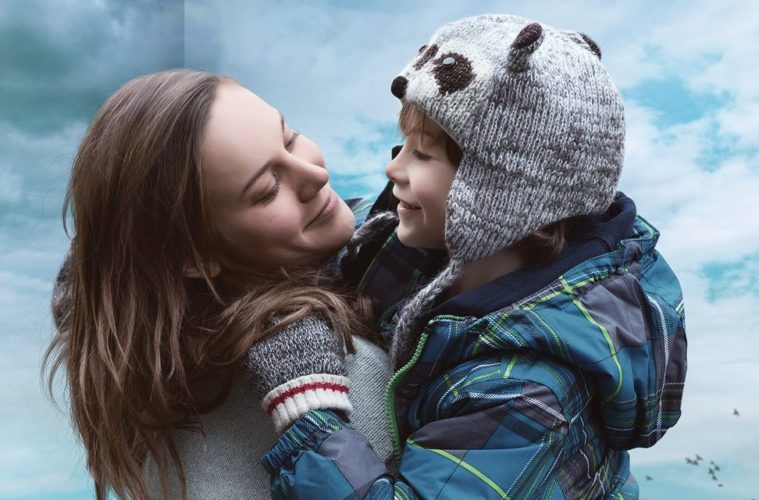 Although no human can remember their entrance into the world, one can only imagine the rush of senses that would accompany such an introduction if one’s brain could comprehend it. Every touch, smell, taste, sight, and sound would be amplified beyond belief, resulting in an overwhelming, perhaps temporarily debilitating, experience. Room, a distressing drama based on Emma Donoghue‘s novel, itself loosely inspired by a real-life account, is an emotionally vibrant, but not entirely successful translation of such an event.

The harrowing story beings with a kidnapped mother (Brie Larson) — known as Joy Newsome to the outside world, but simply Ma during her captivity — and her five-year-old son Jack (Jacob Tremblay) as they occupy the 10-by-10 interior of an isolated garden shed. The only access to the outside world is a small patch of skylight gleaned through an windowed opening in the ceiling. Mostly told from Jacob’s point of view, we witness the semblance of a home Ma has carved out for her son, leading a relatively structured life of coloring, stories, TV, brief exercise, and unbalanced meals.

In order to cope with their reality, she’s told him that the world he sees through the television is fake with hints of some sort of alien invasion having destroyed the environment. Their captor (Sean Bridgers), only referred to as “Old Nick,” fabricates a similar dismal scenario for Ma, relaying to her that “you don’t know what the world is like out there.” However, having been abducted seven years prior at the age of 17, she knows the truth and with Jack now old enough to begin to comprehend the situation, she’s hatched an escape plan.

While the drama marks Lenny Abrahamson‘s follow-up to Frank, his eccentric ode to the process of creating art, Room feels like it comes from a different filmmaker altogether. His Michael Fassbender-led feature was most remarkable in its slowly-percolating heartbreak, not giving into audience expectations, while Room is overt in its desire to please. As strange as that sounds for a film featuring one of the most horrifying ordeals a human can experience as their basic rights for freedom and dignity are stripped away, Abrahamson’s approach feels all too safe.

While Danny Cohen‘s cinematography effectively traps us into their sole location — never once venturing to the outside world in the first half — certain sections feel detrimentally over aestheticized. As if Abrahamson was weary of facing the horrors of his characters’ situation head-on, during climactic sequences, there’s a tendency to go into slow-motion as the camera obscures the central action, amp up a tinny ringing effect in the score, and perhaps add in some hopeful voice-over from Jack. This style is welcome in initially settling us into the horrors of this terrifying situation, but the tendency to pull away at the most difficult moments undercuts the overall drama.

Despite the lackluster execution, Larson, while not having as an emotionally-complex role as the one in her break-out Short Term 12, delivers a riveting performance. With sullen eyes and clearly lacking the proper nutrients, the fight to protect her son at all costs is one fully realized. Whether its nurturing or discipling, she effectively conveys a range of emotions in her minuscule location. As the film evolves, she must deal with the complicated internal reaction of the events as well as those in her family adjusting to her unexpected re-emergence, notably her father (William H. Macy in a well-handled, but all-too-brief role) and mother (Joan Allen), who lovingly attempts to connect with her grandson.

Tremblay, who is a few years older than the character he plays, is given surprising weight as Larson’s character eventually weaves in and out of the story. The young actor conveys remarkable restraint when called upon. While his most climactic scene manages to be formally convoluted, we see much of his newfound world through his eyes and its a convincing, life-affirming viewpoint. While some of Room can be needlessly frustrating, and not because of the troublesome subject matter, perhaps its most significant achievement is its ability to make one greater appreciate every sense the world has for us to experience.