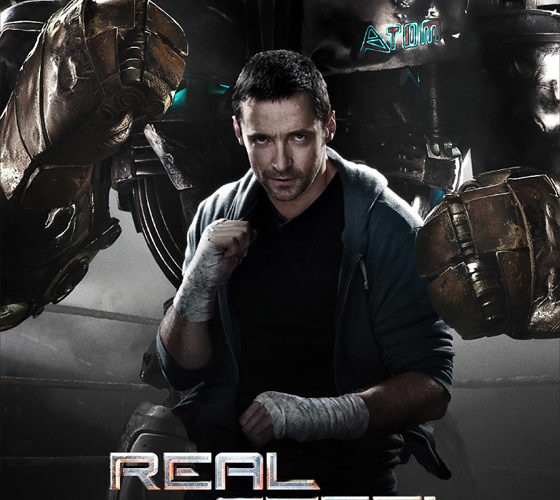 Director Shawn Levy has delivered some of the more cringe-worthy kids films in recent memory. In past Levy films, one can witness artificial hearts, a pronounced lack of style, no wit and that rare ability to turn very funny, likeable actors into very unfunny, aggravating characters, or rather character types. And yet, perhaps that Shawn Levy much of the Internet rags on no longer exists. Real Steel may mark the start of something new…maybe.

While his robot boxing film is no astonishing leap to great cinema, it’s a blockbuster superior to his usual fare. The world Levy creates is a fun place to live in for the most part, albeit one that’s not exactly flashy, grand or brainy. It’s a mixture of 80s camp and futuristic imagination, which makes for a timeless feel and texture, something not seen often these days. In this future where robots box in a ring rather humans, the filmmaker delivers on the goods any 11-year old boy would want from such a film.

Robot fighting lends itself to promising action, which the director delivers on in a way Michael Bay rarely can. While the scale does not compare to the mass destruction Bay orchestrates, there’s comprehensible and enjoyable battles that should make any young boy’s head explode. When remote-controlled robots punch each other, we see real robots punching each other, and it never comes off like we’re watching a big budget video game. A part of the reason why this goofy and boneheaded world is easy to let one’s self buy into is thanks to a lack of overtly-obvious CG.

These robots are the main show, while the human characters simply do their part. All the characters are standard children film cliches, but most of the cast brings a legitimacy to their parts. Hugh Jackman, playing down-on-his-luck Charlie Kenton, makes the arc of narcissistic loser-turned-redeemed father convincing enough, and with his usual silver screen charm. His estranged son, Max Kenton (Dakota Goyo), starts off as the annoying kid we’ve seen countless times, but Goyo ends up acing the “cute” kid shtick. And the best of them all: Evangeline Lilly. Lilly makes Charlie’s love interest more than just eye candy, combating the John Gatins‘ messy script with her powerful screen presence. The Lost vet manages to make her standard reaction shots watchable, re. worth cutting to.

There’s an earnestness and self-awareness to all of their performances, not unlike the tone of the film. While low expectations certainly will paint plenty of reactions – more of a surprise than a legitimately good movie – underneath the bloated run time, some shoddy world building and any real stakes, Real Steel represents one of the few enjoyable features – perhaps the first – from Levy.