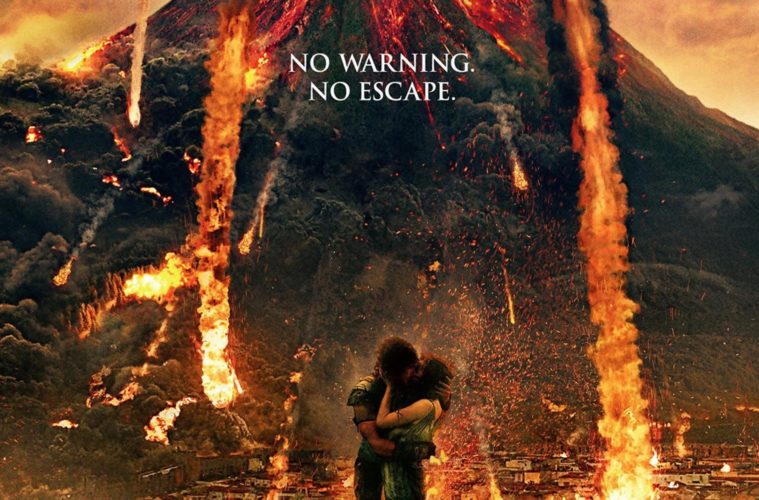 As a filmmaker, Paul W.S. Anderson has become known for his video-game adaptations, most notably the zombie franchise Resident Evil and the scorned screen version of Mortal Kombat. But sometimes he parlays his talents into more dignified work, such as his baffling take on the literary classic The Three Musketeers, which pitted its heroes against steampunk weaponry and a cartoonishly evil Christoph Waltz. For his new film, Pompeii, Anderson skips the consoles once again to recall a time in ancient history when the volcanoes were hot and the beefcakes were hotter.

The sword-and-sandals epic follows Milo (Game of Thrones star Kit Harington), the enslaved surviving member of a Celtic horse tribe wiped out by a sadistic Roman Senator named Corvus (Kiefer Sutherland). After Milo develops a reputation as a fighter, he’s purchased by a nobleman and shipped off to Pompeii to do battle in the arena. There he catches the eye of the wealthy Cassia (Emily Browning), who becomes enamored with the mysterious slave after he humanely euthanizes one of her injured horses. He also comes face-to-face with Corvus, who, coincidentally, has traveled to the city to force Cassia’s hand in marriage. With the help of fellow gladiator Atticus (Adewale Akinnuoye-Agbaje), Milo intends to exact revenge on Corvus and save the beautiful Cassia, even as the ground shakes and looming Mt. Vesuvius begins spewing fiery hot ash. Anderson depicts the ensuing chaos the only way he knows how, with enough green screen and CGI to choke one of Milo’s beloved steeds. But compared to similarly rendered works like Gladiator and 300, Pompeii‘s recreated world feels especially hokey as the backdrop for shoddy sets, cheesy costumes and ludicrous dialogue (if you ever wanted to hear a British character actor exclaim “Juno’s tits!,” then this is your movie). The artificiality becomes all the more apparent in 3D, which often emphasizes the glaring disparity between the actual physical environment and its simulated background. There were even times when I questioned the authenticity of Harington’s mesmerizing rock-hard abs.

And then there’s Sutherland, who is so spectacularly miscast that it defies logic. The rakish leading man stands out as the most unconvincing actor in this toga party, but he tackles the role of Corvus – a villain with the delightful catchphrase of “Kill them! Kill them all!” – with aplomb. Despite his Villain 101 approach to the role, which includes an evil lispy vocal affect, he’s at least more interesting to watch than Harington, whose performance involves little more than quietly brooding before he executes a jump-and-stab move on one of his enemies. Milo’s appeal as a sexy, sensitive horse whisperer also fails to register, especially when considering that his first attempt at helping an animal resulted in its death.

But the most confusing aspect of the film is just how unconcerned all the characters are with that pesky volcano. As aftershocks, incoming fireballs and tidal waves lay waste to the city, running for ones life is quickly dismissed in favor of revenge and petty jealousy. In the midst of the disaster, sword fights break out, chariots are chased and people are killed during action sequences that accomplish nothing in the end. The experience could be read as a bleak metaphor for life, which is defined here as nothing more than a series of pointless exercises that all lead up to an inevitable conclusion. If that’s the case, then consider this film among those pointless exercises.