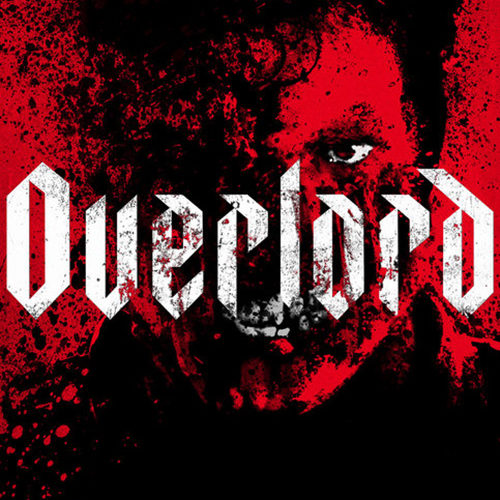 Review: ‘Overlord’ is a Blistering Genre Cocktail of Horror and War

At the heart of war is horror. Vicious, random horror. The war film often toys with darker genre elements to create this affect, including the use of tension, shock, and even extreme violence. The former two elements can be found in films such as Dunkirk, while the latter sits plain as day in towering examples like Saving Private Ryan. Often, these works posit their techniques as realism, making ventures into more heightened genre play quite noteworthy. Along comes Overlord, a genre cocktail of horror and war spilling over with gnarly viscera and nerve-shredding intensity that forms a berserk and brazen union.

On the cusp of D-Day, a band of American soldiers (led by a gruff Wyatt Russell) are tasked with taking down a communication tower deep behind enemy lines. In the village nearby, hidden in a French woman’s house (Mathilde Ollivier), the soldiers must complete their mission against a ticking clock and the mounting suspicion of horrific experiments conducted by the Nazi horde outside. Yes, Overlord ventures into the bowels of hell.

Cold walls reverberate with the wails of the suffering, veins bulge black with rot, and blood squelches with glorious excess. Overlord’s indelible imagery is like a fever dream rendered in lucid torment. It’s undeniably sublime to see such a showcase of nasty gore in mainstream multiplex cinema, especially one with an intense and earnest approach. Make no mistake, the bloodshed is grotesque, elevated by a robust mixture of practical effects and CG-augmentation that weaves its way through the frenzied stuntwork of hurled bodies and contorted limbs.

Overlord is a pure hell fest, unabashed in its fashioning of tattered grindhouse attire and yet never cheeky in its delivery. It is this straight-faced quality that sells the whole bloody beast. Through its grounded pacing, relationships are developed between viewer and soldier, and that time spent carries Overlord patiently to its unhinged climax. Its loonier elements are there early on though, but they are disguised as wolves in sheep’s clothing, only allowing us to hear their hungered frothing behind veiled, teasing imagery before they break loose.

And before they do, Overlord earns its genuine war chops. An early sequence in a troop transport aircraft showcases the thunderous intensity of combat, accented by the film’s absolutely blistering sound design and visual flash. Throughout, Overlord balances thunderous shaking with visual fluidity, and these early war sequences lean into the former. The roar of engines, the quakes and clatter of metal, and the ear-splitting zings of anti-aircraft rounds create an aural environment of claustrophobic hell; it’s one mirrored as the men journey into France.

Blending clinical and industrial spaces, Overlord recalls Hostel in its second half, shaping hellscapes that are business-as-usual for the perverse and sadistic, just as they are a torturous pit for those punished without reason. Director Julius Avery’s reference points don’t end there, reversing iconic imagery from The Texas Chain Saw Massacre, and staging a ghastly transformation sequence that conjures sensations of The Thing, a comparison aided by situating Kurt Russell’s son front and center amidst the chaos. Jed Kurzel’s score too has chimes of early Carpenter, before it slithers into more overtly ghoulish concord and manic melodies. Strings whine and sinister pulses sound like a prowling pack of rabid wolves.

It’s a cruel world in Overlord, and these images of carnage are all imprinted on the fixated eyes of star Jovan Adepo. He retains their horrors with sweaty, agonized focus; he is a witness that understands the weight of these atrocities, driven to risk his safety in order to stop them. Adepo serves as the heart of the film, a good man forced into a bad world. His navigation of Nazi hell is one of Overlord’s highlights, as he uncovers the organized abuse and experimentation of people and bodies.

Underneath its pulp veneer, Overlord holds a suggestion of this widespread violation of the oppressed, where any shred of humanity is disregarded for wanton ambition. It’s the kind of feeling that finds catharsis in the totally ethical beatdown of some Nazis, a righteous cause even as the resounding toll suggests the world would be better without having to deal with this bullshit in the first place.

If Overlord does something wrong, it makes us care before it rips someone’s collarbone up through their shirt. It’s less fun when it matters, right? Perhaps it’s frustrating that even a whacko exploitation horror show has just enough rhythms with contemporary anxieties and realities to quicken the pulse in a different fashion than rollercoaster hysterics. Maybe not, maybe it’s too buried under blood-soaked prosthetic visages and a roaring buildup of character-based drama and B-movie mania to worry us with anything other than cracking skulls. But maybe today, what we need is a visceral romp that satisfies even when it stings a little. Here it is.

Overlord is now in wide release.