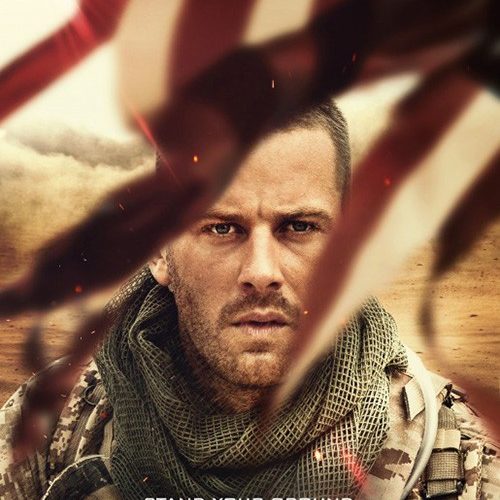 Review: ‘Mine’ Doesn’t Make the Most of an Intriguing Premise

Over the last few years, there has been a cinematic emergence of one-location films that stretch the boundaries of the phrase. From The Raid’s single apartment complex to Locke and Buried’s car and coffin claustrophobia, filmmakers have been toying with how much tension, humanity, and narrative expansion they can squeeze out of a minimalist scale. Aside from the obvious geographic restraints inherent in this conceit, the filmmaker(s) must find a way to construct a bridge of pathos between the audience and the protagonist — despite them existing in a continual state of minute-to-minute struggle — as a means elevate the film beyond just an exercise in tension and suffering. In Mine, the feature debut of writing-directing duo Fabio Resinaro and Fabio Guaglione, this obstacle is overly-accounted for, resulting in a jumbled, hodgepodge of ideas and images that spoil the initially intriguing premise. Mine opens in a way that foreshadows its own intrinsically flawed structure. American sniper Mike (Armie Hammer) sits in a chopper, staring out over the vast landscape below him. Then, a cut shows us an idyllically-lit shot of a woman (Annabelle Wallis), which one can surmise is his wife. This brief image, while serving as clear visual exposition toward Mike’s immediate mindset, is cut quickly enough so as not to feel indulgent or overtly obvious — if only this were the case moving forward. The rest of Mine’s first act is more immediately present, following Mike and his spotter Tommy (Tom Cullen) as they await a potential terrorist target. After things go south, Mike and Tommy trek through the desert to the next mission location when Mike steps on a landmine buried in the sand. Stuck with his left foot on the deadly device, Mike must survive against dwindling supplies, harsh conditions, and fading sanity.

This first act is tightly constructed, functioning as a setup for Mike’s no-nonsense personality and some of the film’s visual language. Technically, Mine makes compelling choices not always chosen in war films. Instead of bringing tense music and loads of non-diegetic sound to the forefront, Mine takes a different route to frame its external conflicts. There’s an almost innate awkwardness in the lack of music or diegetic sound during these early moments that lends to a sort of a strange, realistic tension in a different way than the visceral overpowering of cacophonous cues to depict frenetic energy and struggle in most war films.

However, as the film progresses, this doesn’t last. With each ticking moment, the technical proficiency and confidence is left behind in favor of heavy-handed sentimentalism and failed attempts at expressionism as a means to make sure we really know Mike. Not just Soldier Mike, but Child Mike, and Boyfriend Mike, and Son Mike, and Angry Mike — and, to be quite frank, Stupid Mike. As we get glimpses into his life — which increase in duration as the film reaches its third act — the opposite happens. We feel less connected to him because the heaping pile of immediate threats around Present Mike — hungry wolves, a field of landmines, men with AK-47’s, no water, no food — all get pushed to the backburner as the directors try to reveal some sort of cosmic truth about life.

Instead of advancing Mike’s external struggle, the duo start piling on image after image — a mass of ideas and moments — that they believe surmount to something simply due to their connectivity. But they have mistaken a basic conceit of narrative. Motifs should resonate not by immediate recurrence, but due to their innate thematic depth, making their eventual recurrence meaningful through contrast or accord with the previous instance. This is the opposite of how Mine handles its mirrored musings of life’s symmetry — relying instead on quick graphic matches and literal continuations of action (Mike fighting men in a bar, Mike swinging aimlessly at these now-imaginary men in the desert) that feel like a fan-edit of a movie with more confidence in its audience’s intelligence and memory. This editing choice persists throughout all of act three, as the duo attempt to build to some sort of ultimate epiphany of emotional resonance. Instead, it only solidifies that Mine’s script has bitten off far more than it can chew — thematically and narratively — and yet it chews with its mouth wide open.

What this leaves is half-baked ideas and a shortage of true emotional depth, robbing the film of any satisfactory pay-off, despite a sturdy beginning. And unlike its titular device of death, Mine doesn’t end with a bang.

Mine is now in limited release and available on VOD.