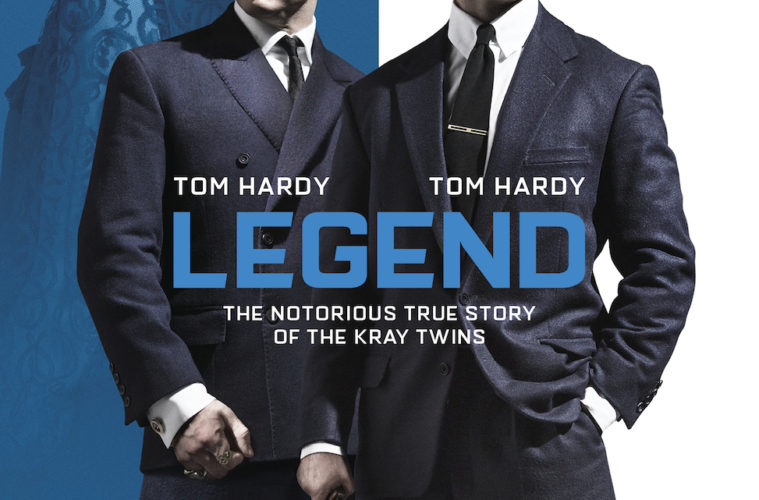 Alexander Woollcott once remarked, “All the things I really like to do are either immoral, illegal, or fattening.” Art is wonderful because it allows us to indulge in lard-riddled immorality, and as cravers of entertainment we have a tasting for crime. The immorality that art allows us to indulge in though is not the crime itself, but rather the criminals. One of cinema’s greatest virtues is that it allows us to feel the world through eyes that are not our own. In The Sopranos (I know not cinema but, come on) we laugh with the gangsters at their neurotic jokes, we become an extra heavy, the tag-along crew member eager to see what’s what. It’s the same deal with Goodfellas or Pulp Fiction. In Taxi Driver, do we not want to believe in the end fantasy, believe Travis Bickle as a criminal of justice rather than an unjustified criminal? Even in Fritz Lang’s M, do we not want Peter Lorre to escape his pursuers?

Brian Helgeland’s Legend is by no means high art, but it proves the point that a film doesn’t have to be that in order for us to immerse ourselves in its criminals. And immersed by Tom Hardy we are. Like watching James Dean, for two-plus hours we’re obsessed with his every movement, tick, and mumble — his physicality is spellbinding. Whereas in last year’s The Drop his physicality was wooden, dull and empty, here it’s overflowing and we still want more. It’s the type of performance that can either make surrounding mediocrity seem exactly that, or it can drag it up above the surface; luckily, we get the latter.

Hardy plays both Ronald and Reggie Kray, the halves that make up London’s legendary gangster sibling doubling act The Krays. Ronnie, the “crazy” brother has a tasting for Greek and Italian — Greek and Italian boys, that is — though his thoughts on the cuisines of the respected nations is never explored. Ronnie’s brother Reggie is the suave type, a charmer and ladies’ man who talks about going straight but doesn’t believe a word he says. Helgeland shoots the two Hardys with style, sophistication and almost no gimmick.

One gets the impression that Helgeland, who won an Academy Award for his L.A. Confidential screenplay, is clearly inspired by Martin Scorsese here. Helgeland’s heavily soundtracked film is told in strands like The Departed and he effortlessly weaves all the various fabrics together, barely leaving any holes. The only draft we feel is when Carter Burwell‘s score swells inappropriately and in-the-voice narration of Reggie’s wife Frances (Emily Browning), which is more read then spoken, more learned than lived and more paunch than punch. Helgeland excels especially in action and in fight scenes. In one brutal sequence where the brothers square off half the audience laughed whilst the other half winced, then in a flash the laughers suddenly became the wincers and the wincers the laughers with Helgeland the conductor throughout.

Someone could easily say of Legend that, yes, it’s funny but it’s not witty, it’s meaningful without being moving and so forth, and they would probably be right. But surely no one can question its entertainment value.

Legend is currently in release in the U.K. and Ireland and arrives on November 20th in the United States.