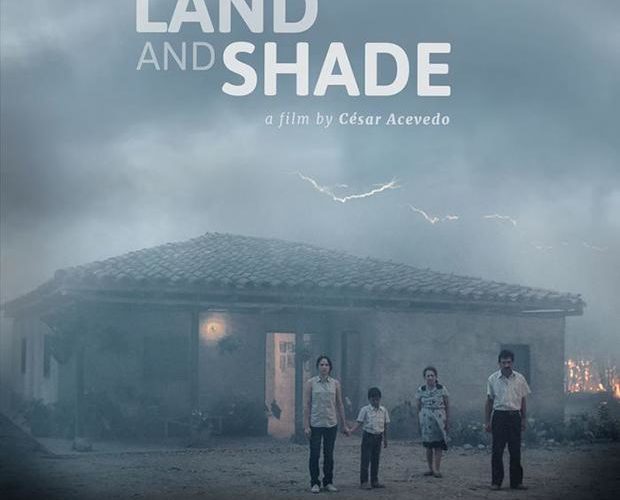 Inside a darkened bedroom in Colombia, a son (Edison Raigosa) gasps for air. His family is surrounding his fragile frame, looking on in anguish as he lets out choked breaths. His wife (Maleyda Soto) sits in the corner in a chair with her son (Felipe Cárdenas) on her lap, while his grandmother (Hilda Ruiz) sits reverently in the other room at a table. She patiently awaiting the next challenge of her days, and the new arrival of an estranged husband (Haimer Leal).

Outside, the house’s land is barren and foreboding in its emptiness like a moat of land connecting the endless stalks of sugar cane. Debris litters the frame from the nearby burning plantations. They float through the air, a serene sight that’s equally deadly to the son, whose days of working in the cane fields were cut tragically short by the dust and soot rotting his lungs.

Winner of the Caméra d’Or Award at Cannes, this is the set-up for César Augusto Acevedo’s beautiful and brutal film of reconciliation and lost promises, Land and Shade. The director soaks in every contemplative second with protracted long takes, panning along long dirt roads with a guilt-ridden father, Geraldo and sinking into the darkness with sad ballads.

His ex-wife Alicia and daughter-in-law Esperanza toil in the fields, waiting on three weeks of back-pay, and hoping that the other workers don’t strike for too long. They often return in late afternoon and darkness, covered in a brown muck that comes off in thick streaks. And while Esperanza is thankful for the presence of the mother, she can’t help but wonder what it’s like beyond this place.

The grandfather spends his days doing chores, playing with his grandson, and teaching him about the habits of blackbirds whilst he looks on helplessly at his bedridden son. The son is restless and sneaks out of bed regularly for a glimmer of light to ease his tension. Augusto’s camera finds a restlessness in the darkness with its grime and loneliness. The house is haunted by the inevitable future, while the outside offers something else. It’s a sign of life whether it’s a slight wind rustling the ground, or the cheerful song of fluttering birds.

His father’s been gone twelve years, but he’s right at home in his land. And he walks through it as if it’s hallowed ground. The camera follows alongside him with a regal solemnity. There’s a therapeutic calm to this place, but it’s dangerous. It’s a dead end, a place to die and struggle.

Augusto’s film follows along in this quietly naturalistic fashion, finding any moment to stave off the oncoming grief. His long takes are the primary shot choice, punctuated by quick cut-aways and pans that trace the contours of the home. The sugar cane is impenetrable, a barrier to something beyond.

Not all of Land and Shade is as organically magnetic. Augusto missteps with the inclusion of Alicia and Esperanza’s co-workers who hammer the social commentary home, especially in a scene where they beg for their job. But otherwise, it’s a film that’s feels nearly otherworldly in its isolation. Cars are a rare occurrence, a suggestion of some small, monumental change. Land and Shade feels unique though; it doesn’t push an obvious sense of claustrophobia, and the house isn’t merely a prison. It’s a past that needs breaking.

Land and Shade is now in limited release.