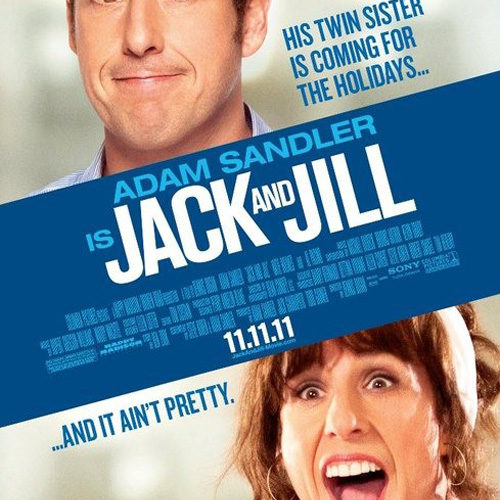 But it was made for others as well. The film is tailor-made for those who enjoy blatant racist jokes abut Indians being good with computers, Mexicans sneaking into our country and stealing wallets and, lest we forget, the ever-enduring diarrhea joke. If you watch The Price Is Right and always wanted to see a fat woman who looks like a man – Adam Sandler in this case – get smacked up by the spin-a-wheel to the point that she is knocked unconsciousness, and then have host Drew Carey make a snarly comment, this film is for you. If, in general, you enjoy making fun of obese people who may or may not be mentally handicapped, this film is for you.

For those who like seeing FAMOUS PEOPLE ON BIG, BIG SCREENS!, this film is most definitely for you. You will see people like the aforementioned Pacino, Depp, Carey, along with Shaquille O’Neal and that weird step-father from the Kardashian thing that also has A LOT OF FAMOUS PEOPLE!!. What about the ShamWow guy who went to jail for drugs and hookers?  Don’t worry, he makes the cut. Really, nobody doesn’t make the cut. If you like a famous person, they’re in this film at some point. And, don’t fret, you can’t miss them because they are as blatant as ROYAL CARIBBEAN CRUISE LINES and DUNKIN DONUTS and BUD LIGHT and eHARMONY and, well, you get the idea.

This is a poison of a film. The kind of product that assumes the worse about the human soul, profiting off of bottom-barrel stereotypes and top-shelf corporate placement. And for those keeping score, Mr. Pacino has now officially surpassed his competitor, Mr. Robert de Niro, in breaking the hearts of all those hoping – nay, praying – that there’s one more great performance on the horizon.

Oh wait, what’s the film about, you ask? No, you don’t ask. Nobody who’s going to see this film will ask what it’s about.

Jack and Jill is now in wide release.