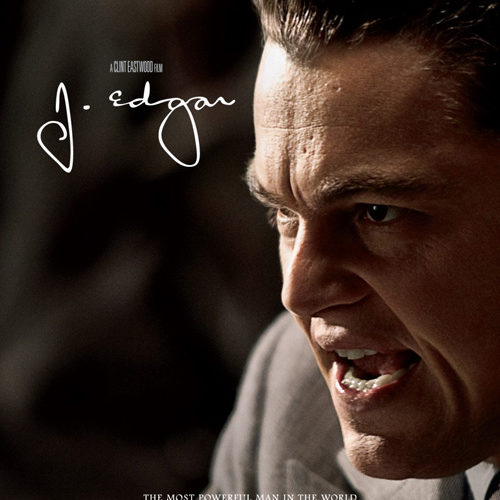 Clint Eastwood has had a rough past couple of features. In the past decade, outside of the excellent Letters from Iwo Jima, the beloved director has made passionless exercises in unsubtly. While his last feature, Hereafter, was divisive, at least it played admirably outside Eastwood’s comfort zone.

There is nothing admirable about J. Edgar. In fact, it’s near offensive in its mediocrity.

How one takes such a complex and rich figure like J. Edgar Hoover and makes a stale bio-by-numbers film is hard to imagine, Eastwood achieves so much through journeyman-like directing and sloppy, obvious storytelling.

Eastwood’s tone deafness is astonishing. A scene that perfectly encapsulates this painful flaw left my audience in stitches, where we finally get the shoehorned-in scene of J. Edgar “cross dressing.” The scene derives from heartbreak and grief, caused by the death of Hoover’s dominant and loving mother, Annie Hoover (Judi Dench). In the proper hands, it would be an emotionally-grueling sequence.

Here, it’s hilarious. It’s pandering, as is the rest of the film.

And while the veteran filmmaker isn’t always one for internal or organic storytelling – more than a few scenes in his recent fare garner laughs instead of tears thanks to his overwrought direction – with J. Edgar Eastwood is at his most condescending.

Outside of that sensation of watching a dull History Channel documentary the film captures, it reminds one of that feeling as a child where adults would egregiously talk down to you, not trusting your intelligence on any level. The once-great filmmaker won’t let an idea seep in or let one find it in a rich way, he intends on shoving it and shouting it into everyone’s face until there is no possible way someone can not come away knowing his intent.

When Clyde Tolson (Armie Hammer), Hoover’s right-hand man and non-sexual life companion, finally breaks down, Hoover’s response could not be more pandering. After Clyde leaves the room in pain, Hoover mutters to himself, “I love you, I love you.” Why have DiCaprio, who’s hit and miss in his accent slipping and directorially held-back performance, utter those heavy-handed words when the actor is fully capable of saying it all internally?

Throughout all of J. Edgar, DiCaprio and the rest of the cast are consistently undermined by Eastwood’s flat direction and Dustin Lance Black‘s messy script. Black found such sensitivity and beauty with Milk, two things non-existent this time around. This isn’t a story, but a bland and episodic retelling of sugarcoated events. The core theme Black strives for – true identity versus one’s public image – is intriguing but executed with little dramatic tension.

This is a biopic that never comes close to giving its complex subject cinematic justice, undermined by Eastwood’s ham-fisted and overwrought approach.