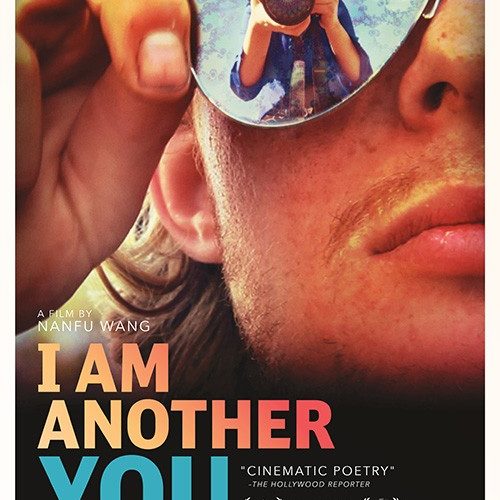 Review: In ‘I Am Another You,’ a Filmmaker and Subject Become Intertwined

Documentarian Nanfu Wang left China in 2011 to find the freedom that remaining in her home country never could provide. She came to America — specifically New York City — to study filmmaking before ultimately creating the 2017 Oscars-shortlisted Hooligan Sparrow (which depicted some of the oppression and persecution that she sought to escape). In order to tell that film’s subject’s (Ye Haiyan) story, Wang had to go back and live on the run from Chinese police with little in the way of comfort along their journey together. What we didn’t know then, however, is that this wasn’t the first time she existed as a nomad sans resources. Her sophomore documentary I Am Another You fills us in on the month in Florida where she voluntarily went homeless.

The trek south continued an annual vacationing tradition Wang enjoyed throughout her adult life. And after spending so much time in New York, the sunny beaches of Miami and the like would appeal to anyone. Being her first excursion in the United States, though, Wang brought her camera along to film her experiences there. She knew she wasn’t the only person desperate for freedom and thus looked to capture thoughts and insights from every new friend or stranger searching for the same. It’s through this process that she meets a transient by the name of Dylan: a smart, kind, and gentle soul working and living at her hostel. She became fascinated by his untethered existence, joining him to see where it and he would take her. For the first third things are about as you’d expect. Dylan takes Wang along for a ride of pure humanity unencumbered by the constraints of living within the capitalistic machine society has deemed “normal.” We watch his interactions and how they make it seem impossible for anyone to not fall in love with his genial disposition. It’s as though people flock to help him with a dollar here or a bagel there. And Wang films each explaining how helping the less unfortunate and/or paying forward a kindness shown to them during similar circumstances in their past makes them feel good. You wonder if the camera helps push these strangers towards charity — she does too — but never question the fact that is Dylan worth all the trouble.

This chapter feels familiar because it showcases the “other side” of poverty. While Wang isn’t blind to the reality many homeless Americans aren’t so purposeful in this lifestyle choice, it’s easy to get caught up in the bohemian free-spirited atmosphere she projects. Until she starts to question his level of gratefulness as far as what he keeps and what he discards — despite always graciously accepting gifts — we fear where this story is taking us. But as saccharine and hopeful as this portion of the film proves, what comes next allows for the necessity that is letting the other shoe drop. Wang may have put the footage of this month aside to work on Hooligan Sparrow, but she didn’t forget how it felt or who Dylan was. It’s an unexpected change of purpose from what I Am Another You appeared to be on the surface. Wang interjects her opinions many times, but it’s only when she leaves Dylan that we start to understand this film is less about him and more about what he represents. Wang’s initial motivation to find people’s definition of “freedom” remains intact because she starts to see how everything she commended this young man for might not be so black and white. In order to see this clearer she looks for his family while in Utah for work two years later. Now Dylan’s truths are called into question. Details he didn’t reveal are learned and Wang — along with us — must rethink whether he is free at all. Whether anyone actually is.

You’ll be hard-pressed not to dive into the complexities of this situation that had seemed so cut-and-dry. There’s a lot to be said about books and covers as well as the prisons we erect for ourselves despite being outside the ones society constructs around us. Wang’s access to this family allows her audience to see who they are isolated in an interview setting and who they are candidly during day-to-day activity. It becomes just as powerful to watch Dylan’s dad breakdown in tears while telling the story of when he let his son go as it is to watch the discomfort and judgment upon their faces when viewing Wang’s footage from Florida. That which the family saw through texted photos of jealousy-inducing adventures is given its difficult context. Conversely, the “good family” that Dylan left is given theirs too as a stereotypically Mormon clan without the desire to experience life outside that bubble. We learn some harsh truths simply by watching as the jolt of excitement reunions often provide disappears. Addiction, mental illness, and religion become more than just color — they become real motivating factors that cause us to reevaluate everything we thought we knew. What’s great about this transition is that Wang isn’t merely a guide leading us through. She’s experiencing this shift too. As such, the film becomes a strong representation of documentary filmmaking itself and how a director’s story can change depending on its vantage point and background detail. Filming someone captures your gaze. You must go deeper to capture them.

This is exactly what Wang does by learning more to find the story rather than construct it. This one month in 2011 becomes a six-year journey of discovery wherein the filmmaker and subject become intertwined. We are shown her eyes opening to her medium’s power and his identity just as ours are opened to the struggles of outcasts on the fringes who deserve respect. It’s easy to look at someone like Dylan as a “cool dude” living his life on his own terms. But when that layer of projection is peeled away to expose a lost soul roaming because he doesn’t belong, numbing his pain with alcohol, and putting on a smile to disarm those who’d otherwise reject him — it’s almost as though the camera is pointed at us.

I Am Another You opens at NYC’s The Quad on September 27th.