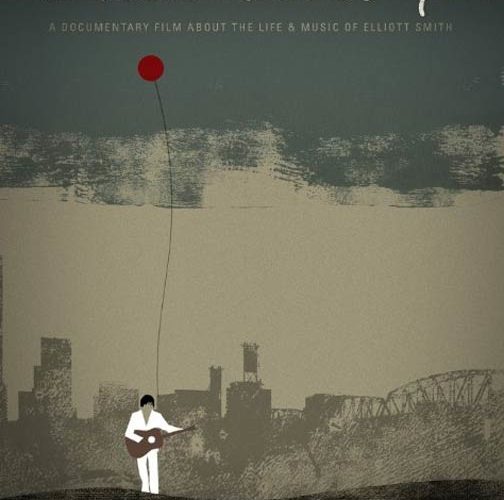 Elliott Smith may not be a household name but throughout the late 1990s through early 2000s, he garnered significant critical success and rose to stardom through an Oscar nomination for his song “Miss Misery,” featured in Gus Van Sant’s Good Will Hunting. He shied away from the spotlight, and one could argue the pressures of fame led to his untimely death, but he was an intensely interesting person with a troubled background and, most importantly, an innovative voice in the world of music. A new documentary, Heaven Adores You, from director Nickolas Dylan Rossi, effectively explores his life and career.

Incorporated throughout the film are audio recordings of Smith giving interviews to various radio shows — some light-hearted and some more tender. These help to reveal a more complex side to him, exhibiting that he was so much more than just a dark and depressed soul. As his friends and family consistently reiterate, that was only a small part of his life and that he in fact had a gentle, good-humored persona. Demons undoubtedly simmered underneath but he focussed negative energy or emotions into poignant and bittersweet music.

Above all, this is a music documentary with emphasis, thankfully, on the music. Songs of the artist are integral to the nature and ambience of the film rather than being merely a background piece behind interviews waxing lyrical. It is obvious that the selections were chosen with great care so as to provide sustenance to the story being told. While a lesser film would greatly focus on his untimely and tragic death, it was a wise decision to make this about the output of the artist. Essentially a journey through his musical career and discography, we go from his humble high school beginnings in Texas to his rock-band Heatmiser to his ethereal solo work. However, every album is given the same attention, and there is perhaps not enough new information for the likely target audience of those already invested in his work. Considering it has been over a decade since Smith passed, one can’t shake the feeling this film could just have easily been made around that time. Nevertheless, his music is undeniably affecting, and simply hearing his songs play over wistful shots of the 90’s Portland scene is nostalgic enough.

The tale of a tortured artist is one much told, and filmmakers are too often liable to focus on the torture rather than the artist, but Heaven Adores You succeeds in being a labor of love about the latter. An unassuming musician whose work was deceptively profound, his short-lived career, the film explores the strong impression he made on the lives of many around the world — not least those in Portland, the city in which he first made his name. Rossi respects this, shooting aerial and on-the-ground shots of the Oregon town, as well as visits to New York City and Los Angeles, where Smith spent some time. The locations represent opposing points in his career and this is wonderfully reflected.

Acting as a celebration rather than a commiseration, we’re privy to in-depth interviews with former band mates and personal friends. It is both instantly accessible for newcomers to Elliott Smith and intriguing, but perhaps not comprehensive enough for dedicated followers. This is a tender and honest music documentary with a deep focus on the music as well as the individual. Both respectful and insightful, Heaven Adores You is an intimate and evocative portrait of a reluctant rock star.

Heaven Adores You is currently touring around the world. See the trailer here.