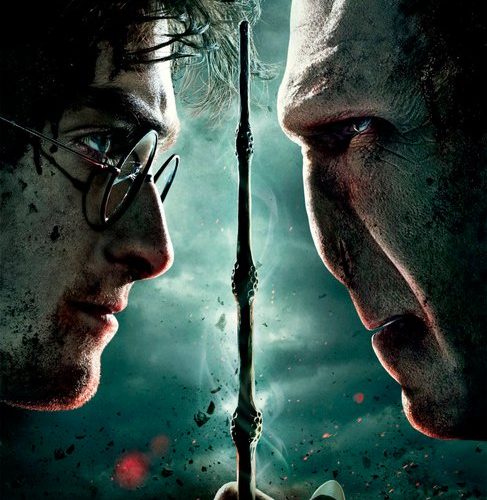 As a summer movie, the final installment in this 10-years running is a blast. The action is near nonstop, distinct, lively, and has huge stakes. Director David Yates‘ eye for battles is far more interesting than most popcorn films. But as a cathartic and emotionally satisfying ending, Harry Potter and the Deathly Hallows: Part 2 is not.

While Part I was short on action, it had a fully-realized heart that every great summer blockbuster should aspire to have. This chapter picks up basically where the last one left off: the characters still on their long-winded journey to destroy the pieces of Voldemort’s soul. This time, on the other hand, their journey feels quicker and less fulfilling. The pacing constantly rushes through plot-points and once it gets to the end, nothing is to be felt.

Most of the Potter films endings have always had a sense of schmaltz to them. After all the hell the characters had gone through in all these installments, they somehow managed to still remain upbeat. After Sirius Black died in Order of the Phoenix, minutes later there was still that typical happy ending speech about how the power of friendship and love, a nice theme the series has always gotten down. Tonally, they felt odd, but they were earned. These are characters that are tremendously lovable, so why wouldn’t one want them to end all happy-go-lucky? There’s no big speech here to end things off, but rather a cold and stilted moment that is astonishingly ineffective.

These are characters that we’ve known on the big screen for 10 years. To make their last hurrah a bittersweet moment should’ve been easy as pie, especially for those of us who dreaded the thought that this is the final adventure we’d be taking with these characters. And yet, that whimper of a goodbye at the train station rings hollow. The fact aside that their 19-years-later make-up looks off, there’s no genuine seeming emotion there to latch onto.

That’s mainly due to the rushed structure. It’s as if David Yates cut out 20-minutes of all the juicy character tissue beats to get back to the action. The pacing never takes its time, despite the fact the film is 130-minutes long. It’s understandable that Yates wants to deliver a big grand action epic, especially after the last film’s slow-burn pace, but this quick-paced nature ended up ripping the heart out of the series.

One of those major tissue beats that seemed to have been exercised: side characters. When a side-characters die in this fight, hardly anytime is spent building up any emotion for them. It’s as if Yates could care less about Remus Lupin (David Thewlis) and Fred Weasley. Also baffling is how much the script shafts Hagrid (Robbie Coltrane). The big, burly groundskeeper brought a lot to the earlier films, but in these latest installments, he’s been given nothing to do.

The only side character that is given any sense of justice to is Snape (Alan Rickman). The morally ambiguous professor’s flashback reveals a heartbreaking past, and Rickman plays it all perfectly with great tragedy. It’s one of the few scenes, perhaps the only, that pulls at the heart strings in a non-manipulative way.

Perhaps this final chapter in this epic and wonderful series will work better once viewed in a long marathon of the series. But as of right now, this isn’t the emotional epic it intended to be. Instead it’s simply a well-crafted summer movie. Is that good enough? On an entertainment level, of course. When it comes to fitting into an already excellent series, it’s slightly underwhelming.